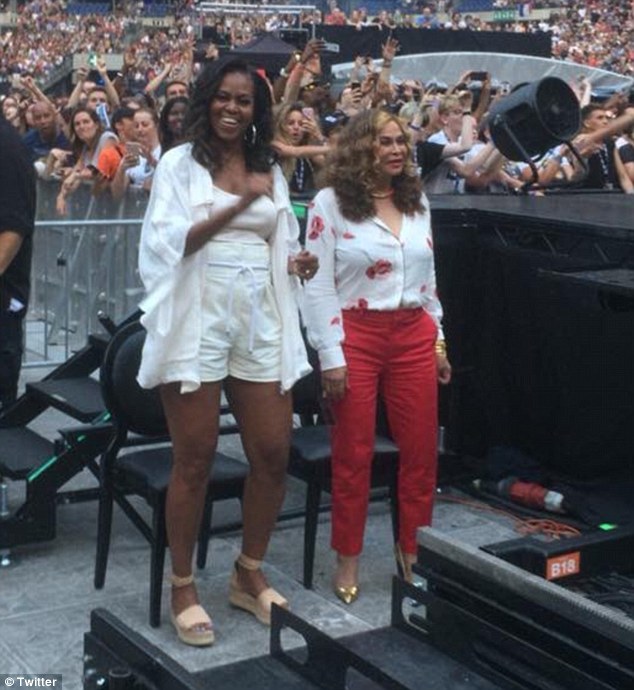 The former First Lady of United States, Michelle Obama was pictured dancing up a storm and letting loose at Beyonce and Jay-Z’s concert in Paris.

Michelle and one of her daughters, Sasha were snapped in the stands at the Stade de France by several excited fans before Beyonce and Jay-Z took to the stage.

But when the duo’s concert kicked off, Sasha was no where to be seen and Michelle was spotted mingling with Beyonce’s mother Tina Knowles instead.

These Photos Of Michelle Obama Grooving At Jay Z And Beyonce’s Concert was last modified: July 16th, 2018 by Igbokwe John