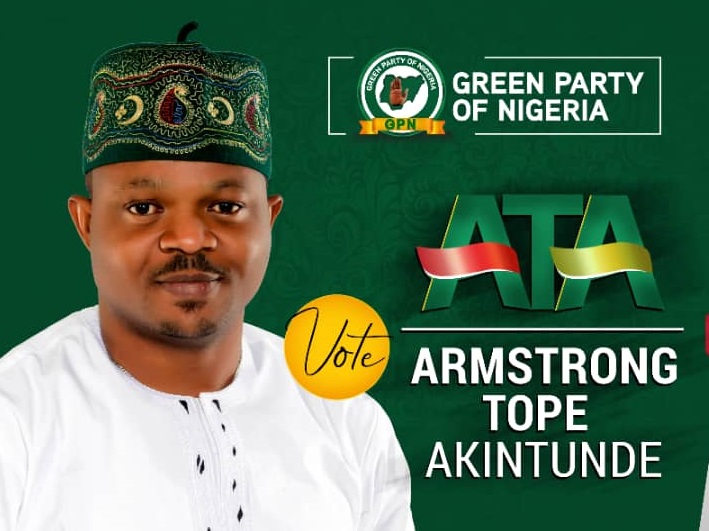 The Green Party of Nigeria’s senatorial candidate in Ogun East, Armstrong Tope Akintunde, has reaffirmed his commitment to running and people-oriented representation at the upper chamber in 2019 if elected.

He stated this just as he donated gifts items and food stuff to communities in Ogun East, as well as Bonojo and Epe Garage communities in the Ijebu Ode Local Government Area.

A statement on Tuesday by the Media Consultant of the Armstrong Akintunde Democratic Organisation, Matthew Olorunfemi, said Akintunde made the donation of foodstuf during his campaign tours of Ijebu Ode LGAs, where he addressed the traditional rulers, community leaders, youths, traders and associations.

According to the statement, the campaign tour was an opportunity for Akintunde to interact with the people and identify their needs.

“Akintunde presented his manifesto titled, ‘Bringing Governance Close,’ which had a four-point agenda that embodied good representation and transparency.

“While donating the food items, Akintunde expressed his desire to create a business-friendly environment; saying such would be made possible once the major required amenities are available for businesses to thrive.

“Appreciatively, while expressing their joy and happiness on behalf of the beneficiary communities, the leaders of the communities assured Tope Akintunde that they would cast their votes in his .