More Trouble For Nyako As Court Admits New Evidences Against Him 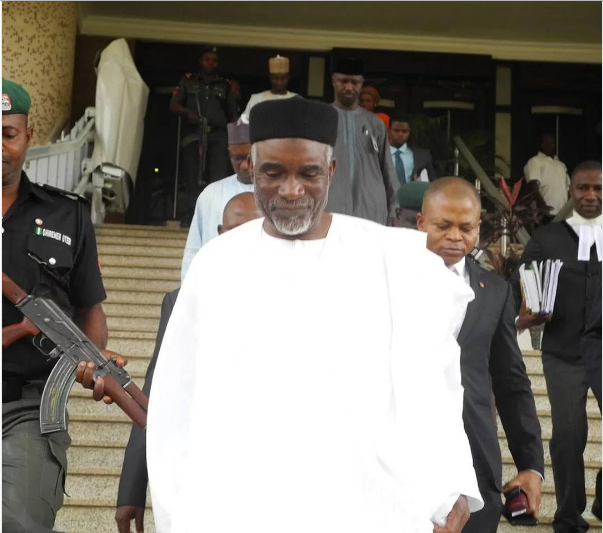 A Federal High Court, Abuja on June 19, 2017 admitted in evidence six volumes of documents tendered in evidence by the Economic and Financial Crimes Commission, EFCC, against a former governor of Adamawa State, Murtala Nyako.

Nyako along with his son, Senator Abdul-Aziz Nyako, Abubakar Aliyu and Zulkifikk Abba, are standing trial before Justice Okon Abang, on a 37-count charge bordering on criminal conspiracy, stealing, abuse of office and money laundering to the tune of N29 billion.

The documents, which comprised of payment vouchers from the Office of the Secretary to the Adamawa State Government, were tendered through the state’s Chief Executive Officer, Accounts, Adamu Yahaya.
Yahaha, who is the tenth prosecution witness, had on May 17, 2017 told the court that he “took records of payments made on the approval of the governor and reported the same to the office of the Secretary to the State Government, SSG, between 2008 and 2014”.

More Trouble For Nyako As Court Admits New Evidences Against Him was last modified: June 20th, 2017 by Damilare Salami