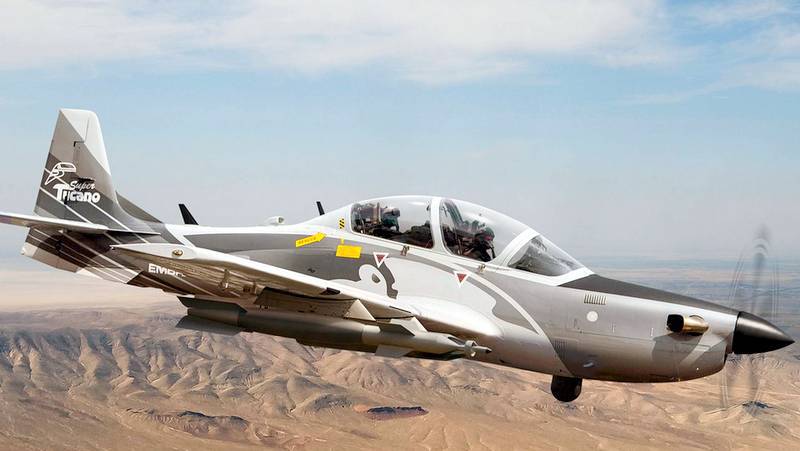 The United States Ambassador to Nigeria, Stuart Symington, on Wednesday presented the Letters of Offer and Acceptance, LOA, in respect of the A29 Super Tucano Aircraft to the Nigerian Air Force, NAF according to Premium Times.

The LOA represents the official U.S. government offer to sell U.S. defence articles and services to the Nigerian government.

Speaking while presenting the LOA to the Chief of Air Staff, Sadique Abubakar, at NAF Headquarters in Abuja, the U.S. ambassador noted that peaceful existence in Nigeria was strategic to the security of the entire West African Sub-Region in particular and the entire world at large.

Accordingly, Mr. Symington expressed the commitment of the U.S. government to helping Nigeria completely defeat the Boko Haram terrorists and also eliminate all forms of terrorism from its territory.

In addition, he conveyed the U.S. government’s belief that the capacity of the NAF could greatly be enhanced by the acquisition of the Super Tucano Aircraft.

According to him, the U.S. government would therefore continue to support the NAF in its capacity building efforts, including the timely supply of needed aircraft spares.

The ambassador also indicated the readiness of relevant U.S. officials to work with NAF officials to facilitate the early delivery of the aircraft once payment had been made. In that regard, officials of both the U.S. government and the NAF would be meeting in early January 2018 to jointly study the LOA prior to subsequent endorsements by both parties.

The CAS, while receiving the LOA, expressed the appreciation to the U.S. government for its steady support towards sustaining NAF air operations. He also praised the personal commitment of the ambassador to ensuring that the Super Tucano aircraft deal became a reality.

Mr. Abubakar, an air marshal, agreed with Mr. Symington that the wellbeing of Nigeria was closely linked to those of other African countries, and indeed the entire world, as terrorism is a global phenomenon, which had to be confronted by all stakeholders. He then reassured the ambassador of the commitment of the NAF to the stipulated deadlines in the LOA. Furthermore, the CAS assured the ambassador that the NAF would ensure the readiness of proposed home base of the Super Tucano Aircraft in Nigeria before the aircraft’s delivery. He further said that the NAF would nominate and prepare all the pilots and maintenance crew to be trained on the Super Tucano Aircraft, ahead of their training in the US.

It is expected that the LOA would have been signed and necessary payments made before February 20, 2018 to ensure the commencement of production of the NAF’s Super Tucano Aircraft. It would be recalled that the US State Department had earlier approved the sale of 12 x A29 Super Tucano Aircraft to the NAF to further aid the nation’s counter insurgency campaign.