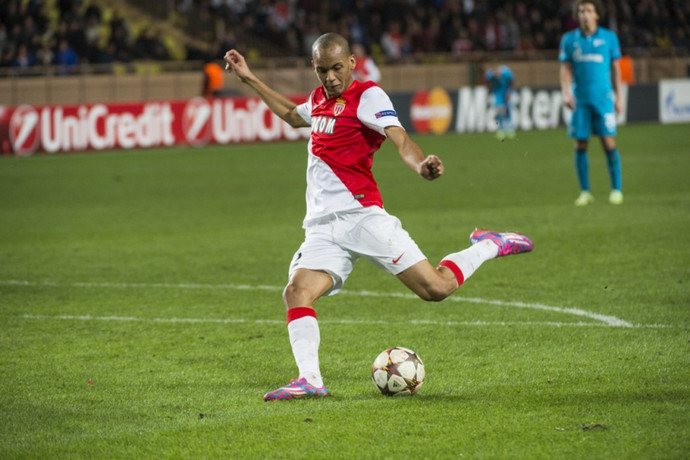 Monaco defender, Fábio Henrique Tavares aka Fabinho has said that his side may not have an attacking force compared to Barcelona’s MSN, but he is confident they can come from behind to eliminate Manchester City from the Champions League.

Lionel Messi, Luis Suarez and Neymar were all on target as Barca secured a sensational 6-1 victory over Paris Saint-Germain last week, overturning a 4-0 deficit to advance to the quarter-finals.

Monaco head into their second leg against City trailing 5-3 after another exhilarating last-16 match, and two goals will be enough to send them through to the last eight.

Although Fabinho admits the Ligue 1 leaders may not possess an attack to rival the quality of MSN, he is confident Leonardo Jardim’s side can keep their European hopes alive at the Stade Louis II on Wednesday.

“I did not expect that PSG would be eliminated, but it happened. It showed once again that anything is possible in football,” he told Globo Esporte.

“Our deficit is smaller, we need two goals, but that does not change the level of difficulty. We are going to play against [a team with] a very high difficulty level, a great team.

“I don’t think about this Barca game a lot. You can take some examples, yes, but we have a different way of playing in comparison to Barcelona

“We do not have MSN, but we rely on our strength and our players.

“I think it’s possible to turn it around against Manchester City and we’ll do everything to make that happen.”

While Monaco’s individuals may not be on the level of Messi, Suarez and Neymar, as a team they have scored a whopping 123 goals in 46 matches across all competitions this term.