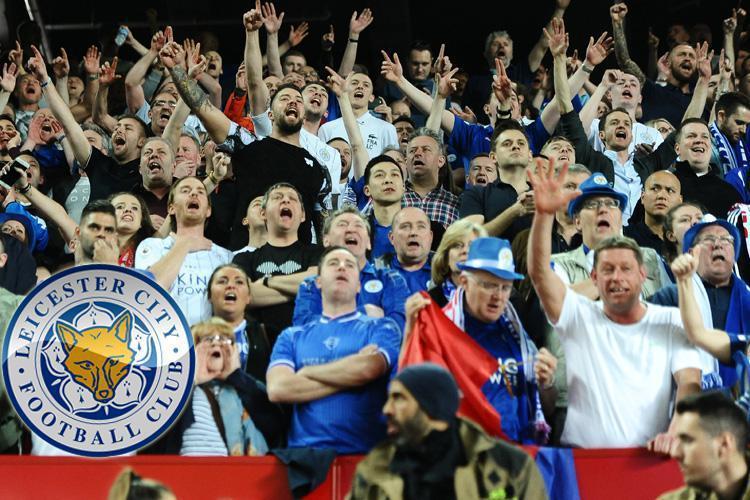 Reports reveal that Spanish police have arrested eight Leicester City fans “causing a mess” ahead of their Champions League tie against Atletico Madrid.

The fans remain in custody following clashes with police on Tuesday evening and will appear in court on Thursday.

Police said six officers were also attacked in the disturbances.

BBC’s Phil Mackie said he witnessed what appeared to be an unprovoked attack from officers.

He said he met supporters who had been left bruised after being hit on the head, arms and knees.

Mr. Mackie told 5 live the trouble happened in the Plaza Mayor, where Foxes fans had been told they could gather.

He said: “I got down [to Plaza Mayor] and found a number of young Leicester fans with bruises, who had been hit on the head, arms, knees and a couple of them dazed. Some of them were drunk as well.

“As I was talking to them there was a charge. Police officers just charged a group of Leicester fans who were, as far as I could tell, just walking past and chatting to each other.

“Three of them were pushed to the floor and hit with batons and bundled into the back of vans and taken away.

However, supporter June Webb – who was in the square – said some ticketless fans told her they liked to make a nuisance of themselves and “expected trouble later”.

A spokesman for Leicester City said: “We have received reports from local police of a small number of arrests following minor incidents in Madrid on Tuesday evening.

“We have provided extensive advice for travelling supporters ahead of every away fixture in the competition and we would urge our fans to adhere to the guidance issued.”