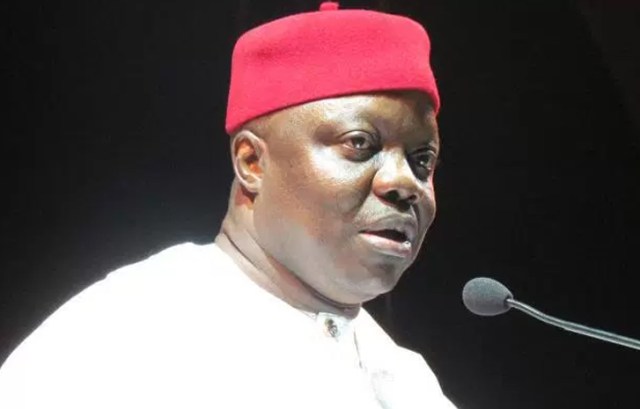 The Delta State chapter of the Peoples Democratic Party, PDP, has expressed optimism that the immediate past governor of the state, Emmanuel Uduaghan, will soon return back to its fold.

Uduaghan had earlier in the week dumped the PDP for the All Progressives Congress, APC.

Reacting to Uduaghan’s defection, the state chapter of PDP insisted that the former governor will return “in no distant future” after doing a critical “soul-searching”.

A statement by its Publicity Secretary, Ifeanyi Michael Osuoza, Delta PDP said although Uduaguan’s exit from the party was “sad”, the party remains “strong and indivisible”.

The statement reads: “Although it is sad that he has decided to join a new political family, we appreciate the fact that he has his right to freedom of association, but we believe that in no distant future, he will do some soul-searching and come back to his original political family.

“We do not claim to possess any knowledge of the factors or circumstances that may have influenced or inspired his decision to join another political family, but it is only to be expected that a family will surely feel a sense of loss under the current circumstance.

“We want to assure the teeming members of the Peoples Democratic Party (PDP) in Delta State in particular, and Nigeria in general, that Delta State PDP political family remains strong, indivisible and we shall continue to forge ahead in our preparation for the forthcoming general elections.”

Uduaghan will return to us ‘in no distant future’ – PDP assures was last modified: August 30th, 2018 by Reporter