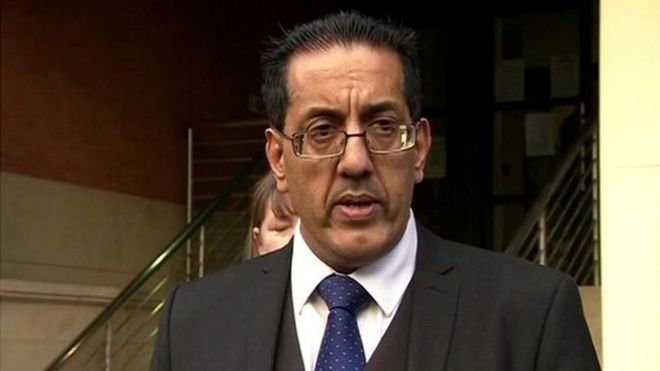 The Chief Executive of the UK’s police and crime commissioners who is a Muslim man has resigned over the Manchester bombing.

The Chief Executive of the UK’s police and crime commissioners, Nazir Afzal, has resigned.
Mr. Afzal announced the resignation on his Twitter account, saying he would not be “saying anything publicly”. But the BBC has claimed his departure is connected to a “row over media coverage of terror attacks”.
On the day of the horrific Manchester Arena explosion which claimed the lives of 22 innocent people, Mr. Afzal tweeted: “Manchester is my home now & my heart breaks for those who lives were taken by deluded narcissistic criminals who will never divide or defeat us.
The following day, Mr. Afzal tweeted: “I prosecuted terrorists of all motivations. They’re not soldiers. They’re sad narcissists- thinking the world owes them. We owe them nothing.”
And posting a photo of Manchester city centre, he added: “Terrorists want us to change our lives because of them.
“They lose when we don’t.”
According to Mirror, Nazir Afzal was Chief Crown Prosecutor for North West England from 2011 to 2015.
He led teams responsible for some of the highest profile cases in the country, including the child grooming case in Rochdale and the prosecution of Stuart Hall.
He became the first Muslim to be appointed to such a position and was Britain’s most senior lawyer within the Crown Prosecution Service.
Mr. Afzal had joined the Crown Prosecution Service in 1991 and was the operational and policy lead for child abuse, hate crime including disability, violence against women and honour-based violence.
He was awarded an OBE in 2004 for his services to the law and the local community.
-NAN
UK’s Police Boss Who is a Muslim Resigns Over Manchester Bombing was last modified: May 31st, 2017 by Arinze Ago

Child of God i don’t know you in person but God knows you. God showed me a revelation when i was on your profile to see things around your spiritual life. As i was meditating i saw God blessings in your life and i saw more spiritual attacks of the enemies they may not be happening to you directly but things around you,and also working on holding this blessings and to destroy the work of your hand for you to be frustrated in life.but i tell you this God will salute them. As i was praying God ministered to me , to tell you to sow into the lives of orphans at Bakare Isreal orphanage foundation somewhere in edo state before the end of this week from now for spiritual/divine manifestation on your life and that of your family, why i guide you through with prayers. You will testify to the glory of God as you sow into the lives of those kids. (Deu28:1-5). Contact the orphanage foundation +2347064774578 for their details on how to reach them. God bless you