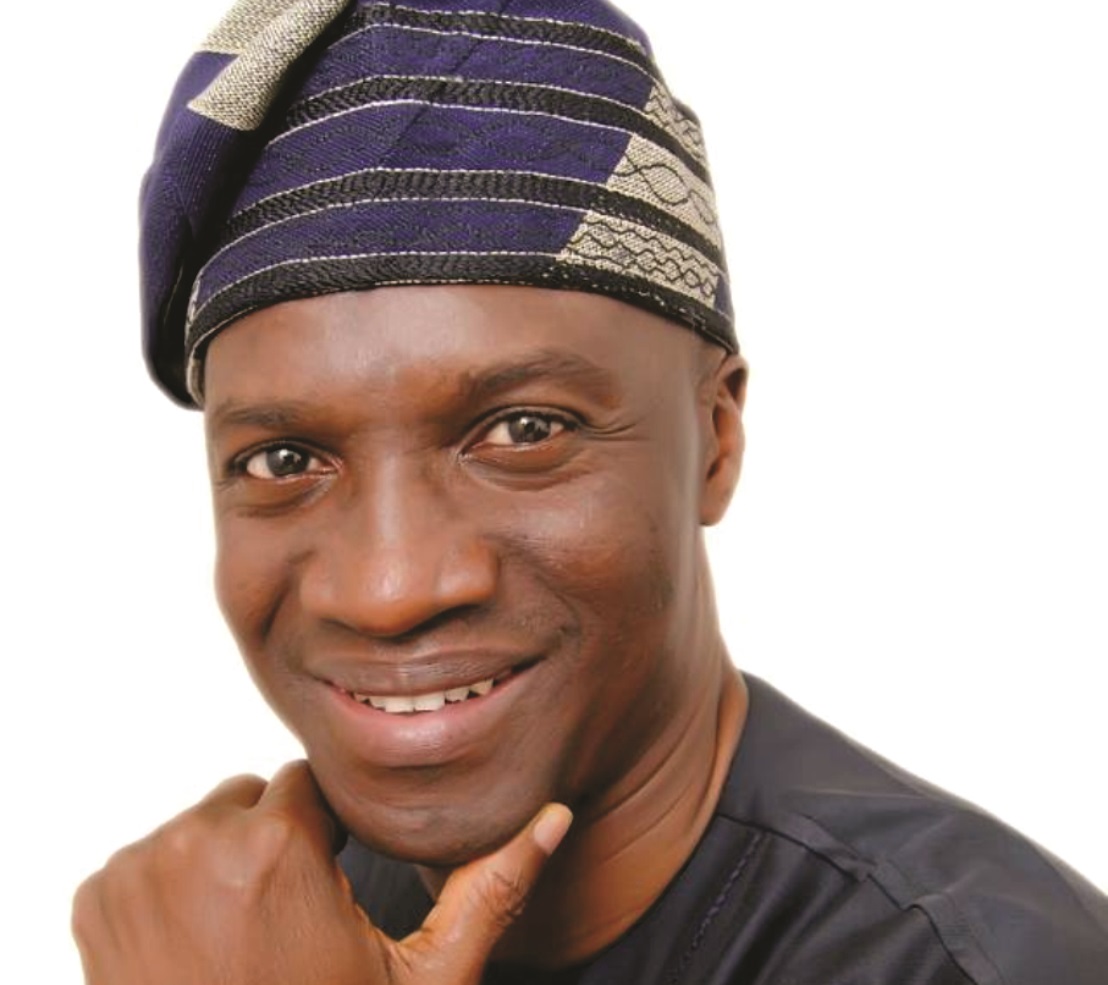 A few days back, US based Gospel singer, Jacob Kunle Ajomale stormed Lagos to celebrate his 30 years in music. He has also relocated back to Nigeria after several years of living in the US. Popularly called JKA, he was born in Lagos on 4th May, 1963 to the family of late Pa Elder Isaac O. Ajomale and Prophetess Mrs. Florence A. Ajomale (Nee Coker) both natives of Ogun State. He attended St. Jude Primary School in 1969-1974. Between 1974-1980, he attended Government College, Ikorodu. He then proceeded to a one year Teachers Training Program at Ansar-Ud-Deen Teachers Training College, Ota, Ogun State. He taught at Egba Owode High School between 1981-1983.

In 1983, he proceeded to Ogun State University, Ago Iwoye as a pioneer graduate with B.Sc (Honours) in Economics. Afterwards, Jacob went for his National Youth Service in Bendel State now Edo State, where he was awarded the Best Corpers Award and the NYSC Theartre Group Leader in 1987. While serving NYSC, he released his debut album “Erin Wo” a glowing tribute to the late Chief Obafemi Awolowo. Right there in the then Bendel State, he was given an automatic appointment.

Jacob Kunle Ajomale moved back to Lagos State in 1989 to join Business and Financial Analyst Magazine as a Financial Analyst. From there he joined Ogins Advertising as a Client Service Executive and later worked for KODAK International as a Marketing Analyst for West Africa. Finally, he joined Magnum Gold as a Senior Client Service Executive and then became the Account Executive. In the year 1993, Jacob Kunle Ajomale started his business outfit “Puzzle Promotions” a marketing and promotion outfit.

Jacob got married on 4th December, 1993 and the family is blessed with children. He released his second album in 1994 titled “Comforter”. In 1997, he proceeded to the United States of America for a Musical Tour. While in the USA, he released two albums titled “Always By My Side” (ABMS) and “Great Testimony”.

He went for further studies and became a Cisco Certified Engineer and Real Estate Agent. During his stay, he was privileged to tour 33 States out of the 50 States in the USA.

Jacob Kunle Ajomale was an athlete, a footballer amongst the Youth Sports Federation of Nigeria (YSFON), a Basketballer for Ogun State and was invited to the National Team.

Jacob’s beginnings in the world of music can be traced back to his days as a chorister with the Churches he has been a member of, and up to date has two Musical Honours to his credit, which he obtained while participating in the 1984 Choral Music Competition organised by the Broadcasting Corporation of Oyo State and the 1986 Voice of the Year Competition respectively.

Jacob Kunle Ajomale has eight (8) albums to his credit and has composed several Evergreen Songs such as “Lehin Jesu Kosenikan” “Damuso” “Jowo Mumi Dele Re” “Emi Ati Ara lie Mi” etc. He was also the composer of the song that won the Census Jingle in 1993 and the 1987 Mass Mobilization Jingle for the then Bendel State Government.

This year 2017 marks Jacob Kunle Ajomale (JKA) and The Zion Ambassadors Band 30 years on stage, He will be opening a Musical Studio and embarking on a Talent Hunt for Up and Coming Artistes.

I do not glory in myself but of God who has given generously. It all started even from the womb when my late mother of blessed memory prayed to God for a male child and she fulfilled the vow by enrolling me in the church choir at the age of 6 in 1969. That has metamorphosed to who I am today. I have found GRACE in the sight of the Lord which off course made me realize that it is not what you pray for that you obtain”.

I have seen GOD in my race over these period of years through my divine encounters. My first album titled “Erin Wo” in 1987 dedicated to the late Chief Obafemi Awolowo was sponsored through an unknown person who called from Lagos while I was serving in Bendel State (now Edo State). Though the album was not well promoted, yet it opened my eyes to the music industry”.

“The second album which was produced 7 years after titled “The Comforter” got a blank cheque from an individual in my church who said my 5 minute ministration healed him”.
“Likewise, I found favor in the sight of God, presidents, kings, ministers, families, friends and fans all over”.
Same music, despite my educational background as an Economist and Cisco Certified Engineer, has taken me over the seas and everywhere I have been to”.

“Grace found them just like me. I never knew God will honour me this way Last week, the ever smiling, soft-spoken music act spoke to Publisher SEYE KEHINDE and Reporter, ADEOLA FAGBIYE about his life.

How do you feel celebrating 30 years of your musical career?
I feel so elated, the celebration meant a lot to me. People thought it was just a mere celebration but it wasn’t. It was a celebration full of testimonies because of all that I went through and looking back at my life, thinking things over, as soon as I ponder I begin to thank God. That’s why I gathered people together to come and help me praise God for his goodness in my life.

Can you share with us, the phases you’ve been through in your career?
Its not that I started 30 years ago, music is something that I had passion for even when I was very young. From my primary and secondary school days, they would call, me to come and sing on Fridays and Saturdays, they always wanted to hear me sing on Saturday gatherings back in Government College Ikorodu.

I sang different songs and when I got to the university we started a group called “Gan Gan Cast” and then I remember we entertained Baba Awolowo on March 4th 1983 in my first year in the university, and Baba singled me out. He asked if I was a student of the department of music but my mates told him that I wasn’t studying music but Economics. It had been in me all this while, even my late father was an instrumentalist, he used to play the accordion. In the church. So gradually. It started.

And when Baba died I gathered people together in Bendel State now (Edo State) to release an album, a tribute to Baba, I went to Mama HID Awolowo, she told me everything about Baba, his lifestyle, achievements and all that and I turned it into music and that was what was played on May 9th when Baba was buried on TV and Radio to my amazement. I was really happy because that was my first album but that album didn’t really do well, it wasn’t very successful because I didn’t get enough promotion for the album.

I was kind of discouraged for about 7 years until I put some songs that weren’t secular together then someone gave me a blank cheque that he loved the music. So, I went to Chief Ebenezer Obey and the album was released and was a huge success coupled with the other songs I released for my church titled “Leyin Jesu Koso Enikan”, “ “Jowo Mumi De le Re”. “Gethsemane”, and the rest that sold in millions even before I travelled out of Nigeria. So, I just want to thank God for it. Though, it started as a joke it turned out to be my profession.