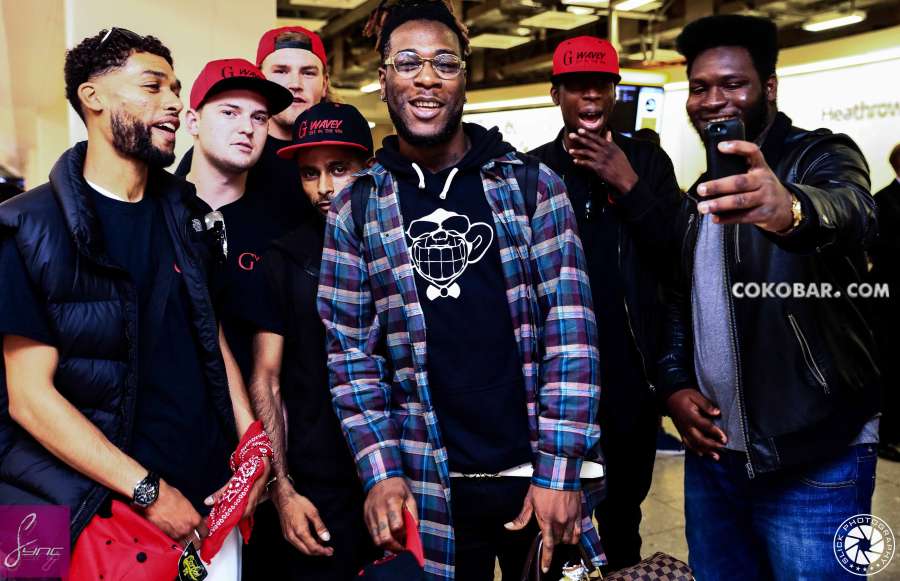 Vogue, an international magazine on fashion and celebrity lifestyle, has complimented Nigerian Afro-beat singer Damini Ogulu, aka Burna Boy, for rocking a stylish outfit at his ‘sold out concert’ in London.

The magazine, in a special feature, eulogised the ace singer who dazzled fans with a pair of neon zebra-print pants with chunky gold chain-accented sneakers backstage.

“Which he wore with slick leather pants. The garments were both printed all over with a faux caution tape that read “fragile” in a big red font, so it wasn’t your average suited-up look.

“Burna’s ensemble may pay homage to the packing tape used for breakables, but he certainly didn’t need any special protection onstage—he looks utterly secure in the photos that he’s shared,’’ it said.

He did not only hold a record-breaking concert in London, but he killed it all through the sold out concert.

The Afro-beat singer served major looks on and off-stage: Burna boy was definitely on fashion frenzy.

Pulling up in a Cadillac, the music sensation had on maroon skinny pants and jacket characterised by white trimmings on the sides of the attire.

He hung a monogram sling bag over his shoulders while adorning himself with silver encrusted rings and wristwatch.

As if that wasn’t enough, Burna reiterated his style dominance by adorning himself in an all-black ensemble.

This look was far from the ordinary, emblazoned with tapes that read ‘fragile’. Burna was far from fragile; he was smoking hot in the leather pants and chunky sneakers.

The concert was held recently at the Brixton Academy, O2 Arena in London.