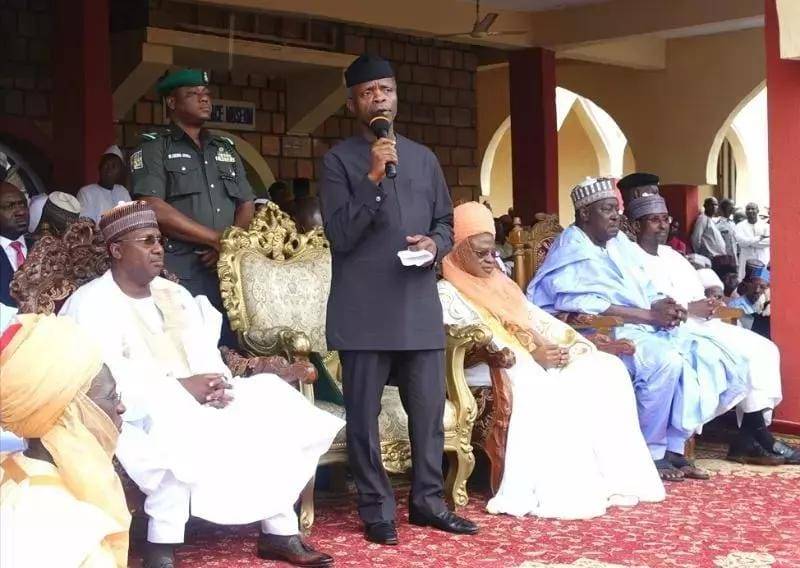 This led to an outrage on social media, and a correction by Quest. The anchor said the minister misheard the question and answered in error.

“No no no the minister misheard and thought I asked which country first created jollof rice. By bad mumbling of the question,” Quest tweeted.

Speaking at the Platform convened by Poju Oyemade, senior pastor of the Covenant Christian Centre, Osinbajo said Nigeria has the best talents across the world.

“We have everything, and our people are doing incredibly innovative things. For example, we are at the moment developing the most sophisticated animation technology in Africa,” he said.

“Our music and entertainment industry is the fastest growing in the world. Nigerians have won every prize in literature, from the Nobel prize to the Pulitzer.

“Last year Oluyinka Olutoye, a Nigerian surgeon successfully took out a baby from her mother’s womb, operated on the womb, and put the baby back in, and the baby was carried full term and was born naturally — a feat previously unheard of.

“We are the most innovative entrepreneurs. The other day someone showed me a text; the young man had invited him to a book launch titled: Seven Steps to Becoming a Professional Whistleblower.

“And by the way, we all know that Nigerian jollof rice is the best! We beat the Ghanaians and the Senegalese hands down.”