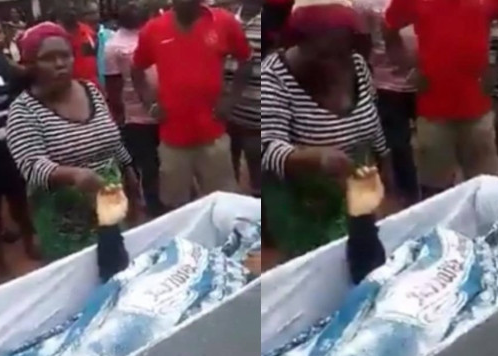 A viral video captured moment a woman was forced to swear with corpse of a young lady she was accused of killing.

The lady identified simply as Mama ThankGod was forced to undergo the ritual at Amuzukwu Ibeku in Abia State, by relatives of the deceased from Ebonyi State. She was heard saying that “if she has a hand in the death of the young lady who died after being sick for a while, she should be visited with same in 7 days’.