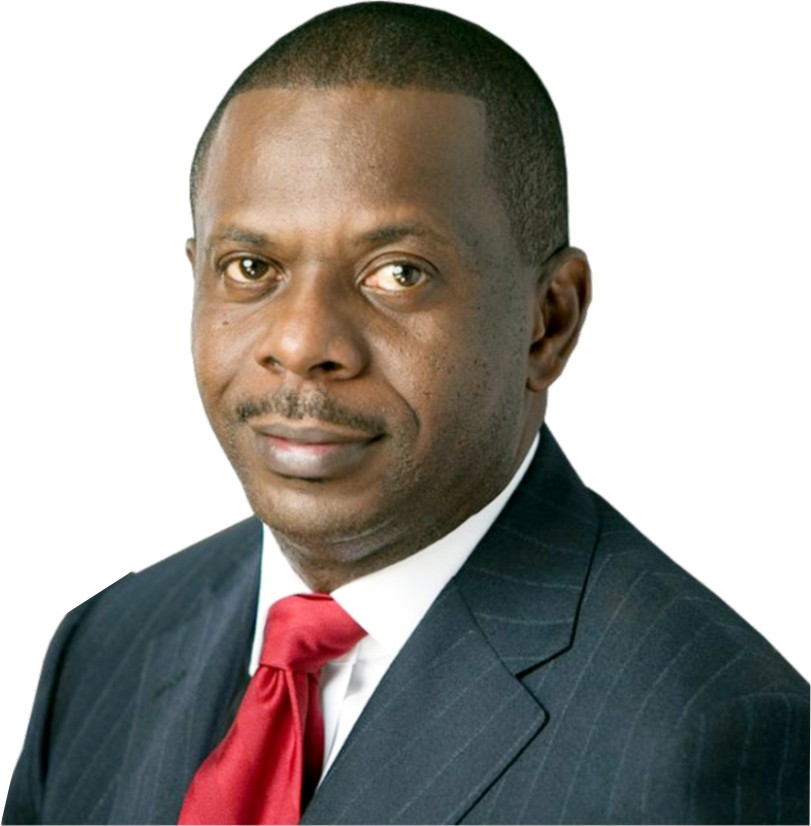 A few days ago, Pastor Poju Oyemade, the founder of Covenant Christian Centre, was our guest on City People TV Instagram Live Chat.

For those who don’t know him, let’s quickly tell you about this brilliant gentleman who is very simple and unassuming, by nature.

Pastor Poju Oyemade is a different kind of Pastor. He is not your regular run of the mill man of God who simply tells you about the Bible alone or who follows standard procedures. He is a deep thinker. He is brilliant and indulges a lot in creative thinking that brings about solutions to issues. He is a teacher of the word. His understanding of theological issues is deep. He has a way of explaining issues to you that makes you see normal things differently.

He runs a new generation church called Covenant Christian Centre, which is easily one of the fastest-growing churches in Nigeria today.

Since 1994, when the church was founded, it has grown in leaps and bounds.

He is 52 Pastor Poju Oyemade was born on May 8, 1968. And he gave his life to Christ at an early age of 17. The Covenant Christian Center was founded by Pastor Poju Oyemade, on March 30, 1994. It is located at 400, Herbert Macaulay Way. Yaba, Lagos. It is one of the fastest-growing churches in Nigeria.

How did he take up Gods work? He was called to the Ministry while studying at The University of Lagos State, by Bishop Oyedepo, the presiding bishop of Living Faith Ministry Worldwide also known as Winners Chapel.

The platform organised by Poju Oyemade is an annual programme held on May 1st (workers’ day) and October 1st (Nigeria’s independence day). The platform focuses on looking at the drivers, enablers, and obstacles to growth.

Pastor Poju started the programme while he was a student at the University of Lagos State. His initial goals and expectations for the platform were to gather 3,000 to 5,000 people, but the event turned out more successful than expected. The purpose of the platform was to promote progressive ideas by learning from experts, experienced and inspirational figures, where they share their experiences, knowledge and challenges.

West Africa Faith Believers Convention (WAFBEC), is also one of Pastor Oyemade’s most popular programme. WAFBEC is designed to teach and uncover the rudiments and fundamental truth of the doctrine of Christian faith in the world today,

The programme is mostly attended by active minds and believers, who are willing to learn the importance of faith and the basis for the application of the word of God, in their everyday lifestyle(spiritually and physically).

WAFBEC plays host’s Ministers from across the globe. The ministers teach what faith encompassed as inspired by the Holy Spirit, to influence our generations to generations yet unborn, through passing on the lifestyle of Holiness, meditating the word of God, and reflecting on the attribute of God in his people in all aspects. Below are excerpts of the interview.

Well, firstly, talking about it as a medical challenge, I don’t think any of us has ever experienced it to this kind of degree. I was speaking to somebody earlier today and the person said if somebody had told us at the beginning of the year that the first six months of the year would be spent like this nobody would believe it. There was nothing in our bank of experience that we can use to navigate a season like this, so it’s quite unusual. However, people have different coping mechanisms, I think some people are in complete denial as to whether or not Covid-19 is actually real. They feel it might just be something manufactured by some people somewhere. But I think people3 are coping with it in different ways and different stages.

Some people have said that the key thing for now is survival first, and then months from now, possibly next year, people can now start planning for their businesses and other things, do you share this line of thought?

Let me put it this way. For example, my first reaction to it was to treat it as something that would be short-lived, so I wasn’t going to adapt to any form of normalcy in that particular situation. But after two to three weeks, I understood we were involved in a marathon and this thing was going to last much longer than the expectations of people. Then, the next question you might want to ask yourself is: now that this thing is going to last much longer than I thought, how am I going to achieve the objectives that I set for myself initially with this thing still very much with us? For example, this medium of conversation that we’re having now may not have even been in consideration pre-Covid. So, as a journalist, you still want to get your contents across to people using different tools and instruments to still fulfil the objective of what you’re doing. Even though some people don’t want to accept these changes, that is the reality of what we’re confronting today, and anybody who’s into medical practice would tell you that it’s about how to live with this thing at least with a sense of normalcy on the outside.

People talk about the New Normal, what do you make of it?

I will answer your question this way. Even if, tomorrow morning, the Coronavirus disappears from the surface of the earth, there are certain things that I have personally discovered during this Covid period about ways of going about things, particularly in the digital space that has saved money, that has created a greater reach for what I’m doing, that has opened up certain doors and that I’m never going to leave those things even if Covid disappears tomorrow. It has now become a way of life. So, what we discovered is that even the way and manner we went about work, that is people get up from 9 to 5 as people say it, was actually the way work was modelled when the Industrial age came into existence. The farmers then didn’t say my job was 9 to 5, fishing was timely then as it was seasonal. But as the industrial age came into being and factories were being built, they had to develop certain systems to work, so they programmed people to work from 9 to 5. Now, we’ve gotten to the digital age here and I think it was a man by the name Peter Drucker who said in 1993 that working from the office the way we know it has now become obsolete and nobody paid him any attention. But now with this situation, companies have actually discovered that during the lockdown, people were not coming physically to the office but they were accomplishing things. Some organizations were getting far more productive. They found out that their people were getting far more productive than when they were coming to the office. People have now realized that what happens is that, when you tell people to come to the office, they spend the first few hours stuck in traffic burning up mental energy, being stressed out, and the most productive time for the brain is in the early hours of the morning. You’ve burnt a substantial part of that commuting to work, getting irritated by traffic and by the time you get to work you’re emotionally drained to some level. The richest man in the world, Jeff Bezos says he doesn’t make any major decisions after 10 am because the best time to think is between 5 am and 10 am. After 10 am, he doesn’t make any decisions again, he defers till the next day. Now the same people who spent hours getting to the office in the morning, close for work and spend about the same time returning home, and that could be affecting their families. For instance, I run a church and we have found out that we can actually run all our administrative work without coming to the office at all. We actually can do it, which is the only reason why I have now stipulated a three day work week which would be permanent. So, really, the few hours they spend in the office now is all about socializing and exchange of ideas. So, when we talk about the New Normal now, we have discovered certain things, not because Covid-19 forced us to behave differently. Even if you take it away today, we have actually discovered certain things about work, we have discovered certain things about people, we have discovered certain things about their lifestyle that we are not going to leave even if the virus disappears tomorrow.

We Can No Longer Return To The Old Normal – Pastor POJU OYEMADE Tells City People was last modified: August 12th, 2020 by City People