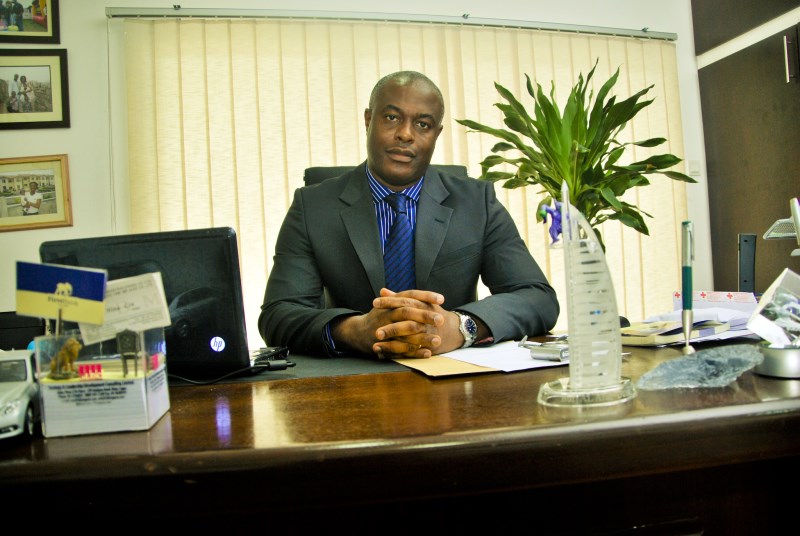 Before now, there is not much to say about rugby football in Nigeria but the activities in various states and zones of the country are beginning to prove that rugby is gradually moving away from being an amateur and unpopular sport in the country to the one that can fetch medals and accolades at different international competitions. This feat can only be attributed to the current leadership of the Nigeria Rugby Football Federation, NRFF, under the aegis of Mr Kelechukwu Mbagwu; an astute sports administrator, businessman per excellence, a lover of the rugby game and an excellent achiever in many spheres. On Thursday, August 2, 2018, Mr Kelechukwu called a media parley in Lagos, where he opened up to the members of the fourth estate of the realm on his desired Nigerian rugby team, the rugby football federation and what he has put in place just after one year in office and why he may not want to run for a second term as the President of the rugby federation in Nigeria. City People Reporter, Damilare Salami and Senior Photojournalist, Adulrasheed Sanni where there and brought the details of the parley and a brief chat with him to your reading pleasures.

For the first time, the south-south, south-east league is on-going. This part of the country produces such depth of physically abound natural rugby athletes but it is a shame that rugby has not developed in this region at the same pace as it has in other parts of the country. This year marks a major landmark, Mr Obundike has written his name in gold, coordinating and setting up the league; of course with the support of our technical director, Mr Rugby himself. And of course the north this year has so many teams that they had to divide the league into the north-central and the north-west. It’s ongoing right now, eight teams are actually participating for the first time and all of them are fully involved. It’s not the normal stories that you hear that you have five teams and every week when you have a rugby match at least two games are walkovers because the other teams cannot produce. Now everybody produces a team at least.

From the beginning we gave incentives to the teams at the regions to bring forward natural rugby players to create their own rugby teams and our constitution has been instrumental in this because if you are not playing rugby you have no business coming for AGMs and congresses because we are not politicians. If you are a rugby player then you are a stakeholder, if you have a rugby team, if your state plays rugby in the schools, at senior level or you have a league of your own then you have a place at the table. If you don’t, then please leave to do what we want to do.

We’ve seen the largest number of teams participating in competitive rugby this year 21 as supposed to barely 10 in the previous seasons. So we have already grown rugby even right now. But by the time we finish, rugby would have grown geometrically. I believe that every state in Nigeria will be playing competitive rugby. Every state at least will have a school’s rugby team and we will have rugby introduced at grassroots level all over the country, we have the full corporation and support of Rugby Afrique from the President Abdelaziz Bougja.

Going forward we will probably after the competition of the leagues in Lagos and Northern leagues, South-South and South East as well, we will go into the seventh seasons which comprises of all the qualifying series from the independent circles, our very own international rugby tournament and this year with a promise of full support from Rugby Afrique in terms of accreditation of coaches and referees as well as referee courses being set up by the technical team.

There are two competitions, the Barewa competition and another one in the north central. We also have the south-south, south-east tournament as well and the GOSA tournament in Lagos; all qualifying tournaments to bring the best Nigerian teams forward and of course this year, a lot of international representations, our friends from samurai, the defending champions who beat the Nigerian team last year but will be thrashed solidly this year. The London Metropolitan Police will be sending their team down here so that they will play against the Nigeria Police.

We’ve got some excellent equipment and value added in Rugby this year. The independent seventh will be a huge international event our friends from Ivory Coast are supporting us and of course apart from the London Mets, we also have the UR Seventh joining us; so these are three top international teams. We hope that more will come because our plan in the future is to turn the Independent Seventh to an international event. That’s to say the Black Stallions and other national teams will be featured at the International Seventh, not just the club sides.

There are other tournaments courtesy of the federal ministry that we shall be participating in. In the national youth festival, rugby is already billed to participate as a medal winning sport. Let me also use this opportunity to launch our campaign to participate in the National Sports Festival in Abuja, rugby should be a medal producing sport because we have produced a lot of sportsmen, role models and we are also showcasing Nigeria in a good light. We also have the fun part of rugby, i.e. the beach tournament that has actually multiplied in number. This time around, we already have three tournaments this year and we still have four coming up according to our technical director.

This year will mark the 20th anniversary of the Nigeria Rugby Football Federation, NRFF so it’s a very significant year for us. Although the anniversary itself is in October but in December, we will be celebrating with you in a special night of rugby award which we hope the press will be an integral part in planning and execution. We will for the first time be inaugurating the Nigeria rugby hall of fame, awards for the players of the year, young players of the year, and sponsors and participants who have done exceptionally well for the federation over the years.

This year as well, we have tried to build a solid administration which was one of the promises I made at the inaugural press conference. So far so good, some landmark achievements have been made, starting with our rugby house which is now fully operational in Surulere.

I will also announce the appointment of Mr. Mike Acher as the general manager who will see to the day to day running rugby and seasoned administrator will be working under him. There is also a plan for a comprehensive database of rugby players across the country all registered according to the teams for which they play; putting completely aside the era of no records which was killing the game in Nigeria. It may be a bit premature but as I promised you, I’m a one-term president; I’m not going for reelection but what I am sure is going to make you happy after I leave is that my successor is not going to be starting on ground zero. He or she will have a full database and all the records of activities that took place under this administration that will enable him or her simply take it forward from there because all the records of all the matches and all Nigerian international will be in place. Part of what we will be doing in the later this year at the rugby dinner is to award caps to all Nigerian internationals. It’s such a haphazard thing now, some people claimed to have played for Nigeria and there are no records which for me is quite alarming. The NRFF apart from the board now has a fully functional administration which is part of what I promised at the beginning.

We Have Achieved A Lot In Rugby Football Federation – Kelechukwu Mbagwu was last modified: August 6th, 2018 by Damilare Salami