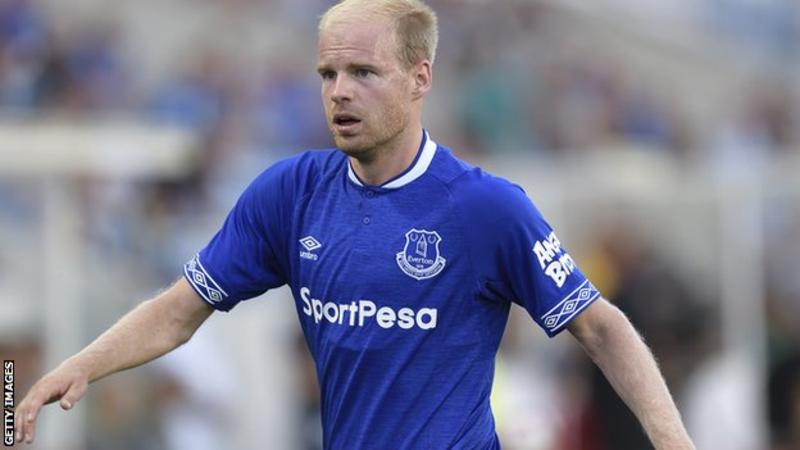 Netherlands international Davy Klaassen has completed his move from Everton to Werder Bremen for an undisclosed fee.

The 25-year-old was not involved in the Toffees’ 3-0 friendly defeat at Blackburn on Thursday after being given permission to travel to Germany.

Bremen have reportedly paid £12m for the former Ajax captain, who joined Everton in June 2017 for £23.6m. 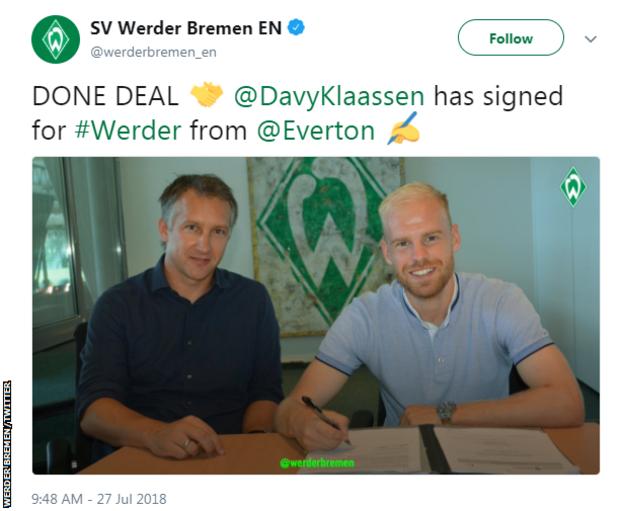 He made only 16 Everton appearances, and was told he had no future at the club by new head coach Marco Silva.

“It was important to me to know exactly where the journey was going on the pitch and the ambitions of the club have convinced me,” Klaassen told Bremen’s website.

“After my exchange with [coach] Florian Kohfeldt, I have a very good feeling that I can make an important contribution here with my abilities.

“The coach wants to play attractive, attacking football. I am really looking forward to that.”

Klaassen’s year at Goodison Park was a turbulent one, with Ronald Koeman – the manager who signed him – sacked in October and replaced five weeks later by Sam Allardyce, who was himself dismissed in May to make way for Silva.

YOU MAY ALSO LIKE: BREAKING: ALEX FERGUSON SPEAKS PUBLICLY FOR THE FIRST TIME AFTER SURGERY[WATCH]