Home News What My Mum Told Me The Night Before She Died – Veteran Actor, SAIDI BALOGUN
News 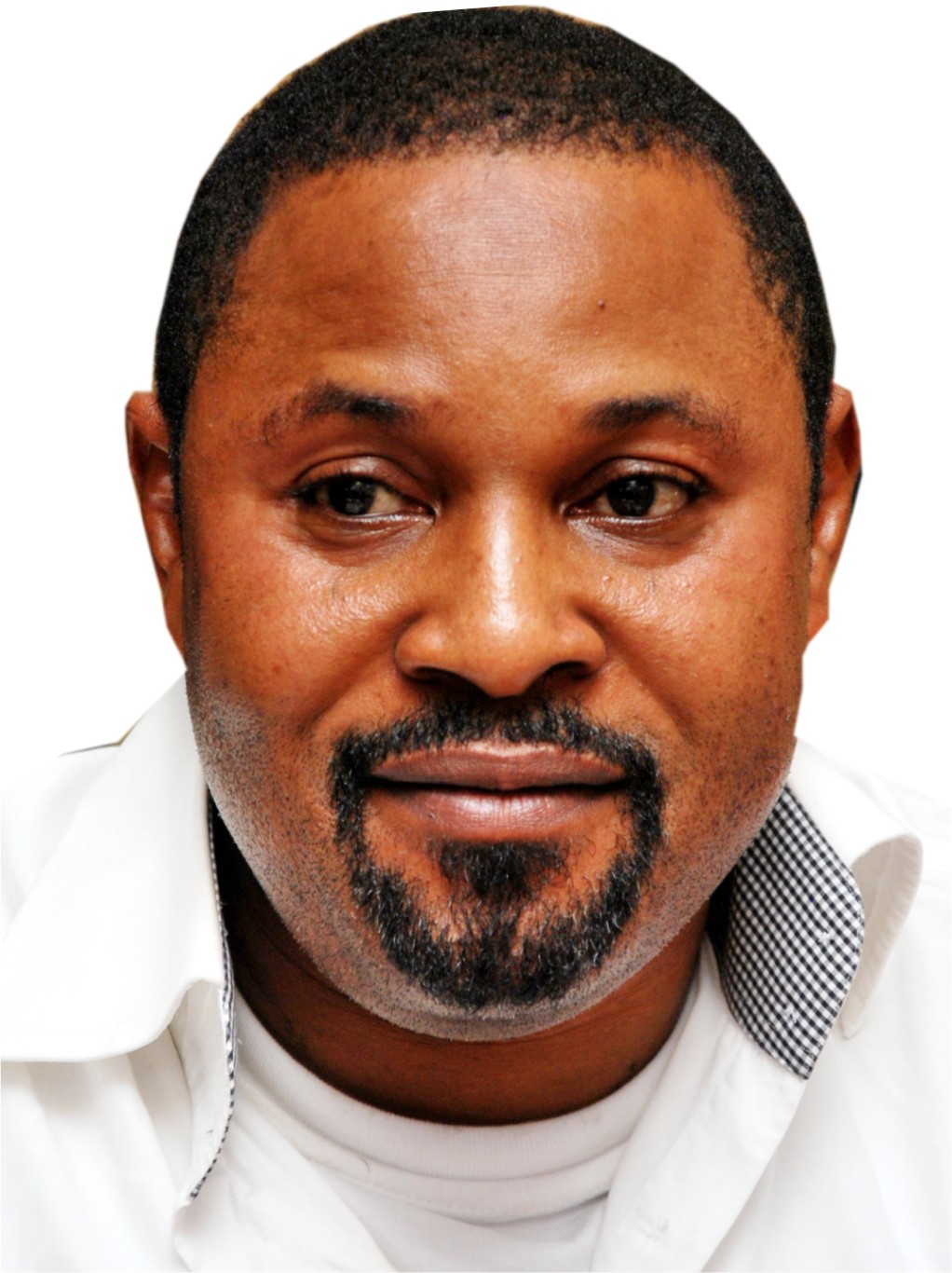 Saidi Balogun is widely considered as one of the greatest and most influential actors of the 20th century. He has earned great respect among critics and theater experts for his thrilling performances and charismatic screen presence.

He is still referred to as one of the finest screen actors of the 20th century, winning worldwide applause as both a movie star of the first class and as a performer of uncommon skills.

When one examines his charismatic screen presence and acting ability, Saidi is seen as a movie actor who has no peer in this generation. That he consistently underplays, yet still packs more emotion into a scene than anyone else, is a sign of  charisma that may be an act of God. He has been in the industry since 1978 and has remained a shot caller, having been in the game for 42 years.

For those who don’t know, Saidi Balogun began acting in 1978 when he presented his first television programme entitled: “Youth Today” on NTA. He produced his first film entitled: City Girl in 1989. He had, however, featured, produced and directed several films before then. He is a multi-linguist, who speaks all Nigeria’s major languages fluently.

The big news is… Saidi Balogun is planning big for his mother’s burial.

Saidi Balogun lost his aged mother on Monday, November 25, 2019, and she was buried according to Islamic rite. Her 8th day Firdau prayer was held in grand style as Mama was a mother to many in the movie, music and social scene.

Saidi Spoke with City People’s Online Editor, SEUN JOSEPH, on preparation for a final burial ceremony in March and how much mama would be missed by family members, friends, and well-wishers.

How is preparation for Mama’s burial going?

We’ve done the 8th day and we are having a big burial in March. Mama has been so nice to me, wonderful mother. We were 6 in number. 2 are late now; Rafiu and Aunty Amuda. So, we have 4 left now: Myself, Taofeek, Idiyat, and Gani. Now, Gani is the eldest. My mum was from Kwara State, Omu Aran, and my dad is from Ibadan, Kobomoje family. My mum is from Imode; Imode Iresa, Omu Aran, Ile Arowojuyi. So, when I say my mum was from Kwara, everybody thinks she’s from Ilorin.

What role would you say your mum had played in your career as an actor?

My mum was staying on Lagos Island, so many of the artistes whenever they went to Island, they would check up on her and she would treat all of them as her children.

And from the Igbomina angle, that’s where you could see the likes of Madam Saje, Lola Idije, and Brother Yinka. They all took care of me. Up till tomorrow, when these artistes are talking, I don’t talk. Also, Boda Murphy (Murphy Ray), and the Eyiwunmi family, are from my mum’s side. That’s why I am very close to all members of Ray’s family. I can talk to Muka, and Lasun the way I choose, but Boda Murphy is our big brother, the same as Boda Yinka. They could scold me if I mess up. One thing my mother detested was disrespect for your elders. My mum personally liked Jide Kosoko, He’s like my godfather, Oga Bello.. and a lot of them.

What should we expect on that day?

The final burial in March will be powerful. We are trying to make things happen. When I went to my Oga, Ogogo’s birthday, Alhaji Wasiu called me on the stage with the mic in his hand, I was sitting with Alhaja Salawa. He just said it on stage, that he’ll grace the occasion and also perform. Alhaja Salawa is also like a family member to my mum and many more.

What do you remember your mum for?

She prayed a lot. She’s a disciplinarian. A lot of Omu Aran big boys came to Lagos, the elderly ones through her. So, she was a disciplinarian to the core and she was accommodating. In fact, I don’t even know the family of very many people who lived under her roof. She treated everybody equally. So, if you see me sometime moving in group with many people, know that I learnt it from my mum.

You cannot tell who are my mum’s biological children and who are not. When she lived on Lagos Island, sometime I found about 12 persons living there. I would ask mama Saidi, who are these people and she would reply, are you  God?

She believed she was created by God to solve problems.

You have anything in mind that you intend to do in her memory?

Yes. Sure. I intend to use every mothers’ day to carry out some projects. She was my backbone, and she kept saying it, that even if she died, she would still be beside me. And imagine this: I was in London, I came back on Sunday. I saw her and she died very early on Monday morning. And the happiest thing is she died on Monday and she was a Muslim. And that was the day Prophet Mohammad (SAW) died. She died on a special day, which makes me feel I am the most special one.

Can you remember the last conversation you had with her that night before she died?

She told me that night: “Saidi, mafinu han’yan tan” (Saidi, don’t reveal all your secrets), and she remarked that shouldn’t regret whatever I have done. If no man repays you, God will.

I asked her why? And she said: ‘You may lead a lot of people to a lot of good things and they get there, they may even be richer and more comfortable than you, don’t think God is just looking at you. One day…somewhere..you will reap it”.

She also said on that Sunday, that  “I don’t even know I would have been dead, but God was keeping me alive because of the good deeds, I have done.

There was even a time, about 2 years ago, I was struggling and I called my mum and confided in her. There were issues in ANTP, going to court..When I did this and that,..and they were attacking me and so so… My mother told me ‘Don’t worry. God will pay you back.

There are somethings you have that a million of them can never have. She just asked me to pray and believe in God for guidance.

So, that was her last statement. If you are doing things for people and people you are helping, you shouldn’t look back, God will find a way to repay you.

How do you intend to manage the projected turnout of people at the burial, knowing a lot of people will show up for your loving mother?

I will cope. I had my birthday in 4 days and it was massive. We have a lot of people in the planning committee, who are very dependable. So, I am not shaken. Aare Adetola Emmanuelking is there from Adron Homes, everybody is calling it Adron’s Party, I don’t mind. We have Murphy Afolabi, Ray Eyiwunmi, Sule Malaika as part of the planning committee “Iya Khakeed” (Faithia), all of them, Batola will be there to manage the event, Yomi Fabiyi…Alhaji Wasiu Kayode Sodiq… I will be sleeping (laughs). Even if they want to make it a 2-day event, no wahala. The ex-governor(s), Abiola Ajimobi and Rauf Aregbesola, have already contacted me…a lot of them.. Mrs Remi Adikwu Bakare will be in charge of Aso Ebi..so, I don’t have stress… City People will be there…I have Mr Lekan, Segun, Seun, Mutia (laughs).

What My Mum Told Me The Night Before She Died – Veteran Actor, SAIDI BALOGUN was last modified: January 6th, 2020 by Seun Emmanuel

Why We Opened St. Ives Hospital In...