Home News What The Prophets Told My Mum Before I Was Born – LIBERATION City Pastor, CHRIS OKAFOR
News

What The Prophets Told My Mum Before I Was Born – LIBERATION City Pastor, CHRIS OKAFOR 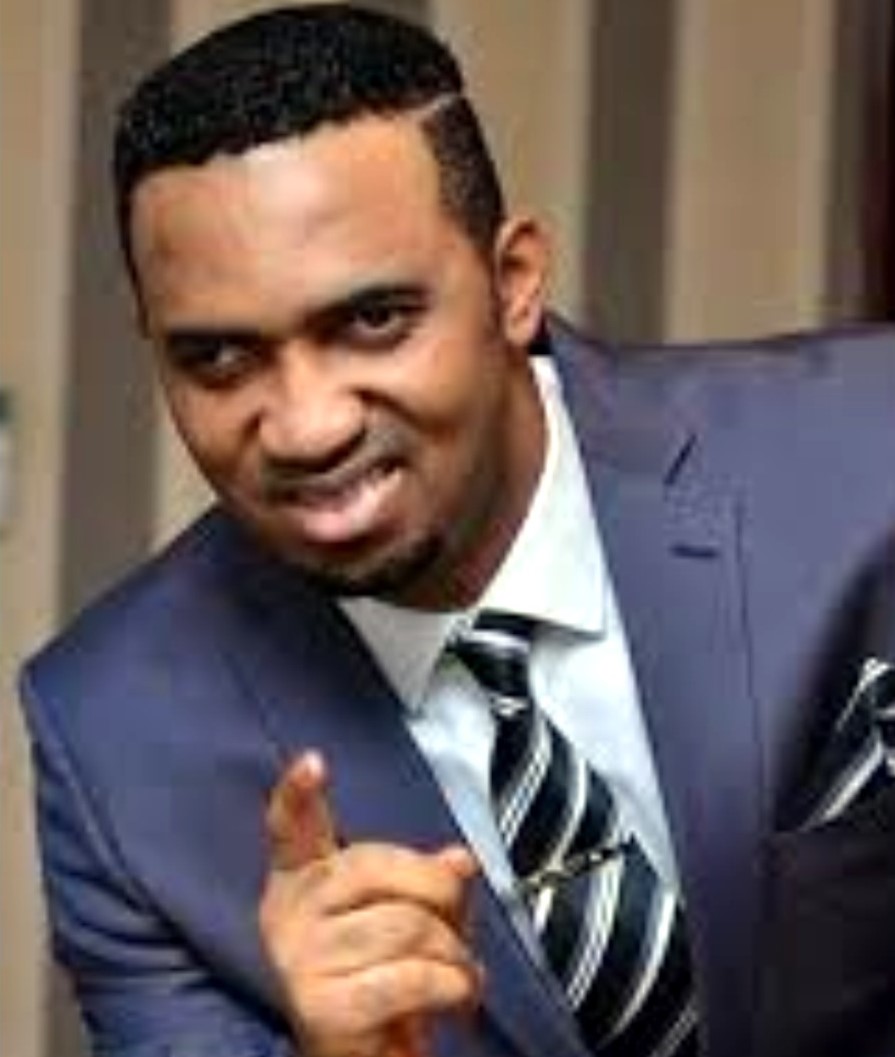 If you were meeting Pastor(Dr.) Chris Okafor, the founder of Mountain of Liberation And Miracle Ministry for the first time, what will immediately strike you about him is his humility. This man of God is humble to a fualt. He always has a disarming smile on his face that endears him to people meeting him for the first time.

He carries himself with simplicity, he goes about his business without any chips on his shoulder. If you didn’t know him before, you would find it hard to believe he’s the same popular Pastor that shepherds the multimillion naira ministry called Liberation City.

“I am from a very poor family”, he told City People. “My parents struggled to send us to school. That I have been able to turn out this way can only be the grace of God upon my life. I had a very humble beginning, so why will I not be humble?”

And his humility has been working for him. Those who have had personal interaction with him often testify to his simple nature and open mindedness. But more than anything else, it has attracted hundreds of worshipphers to the church. Those who know say that apart from his prophetic abilities and prowess as a preacher, his humble nature has helped the church grow in leaps and bounds.

Liberation city has become presently the fastest growing church in the country. But, who exactly is Pastor Chris Okafor? Where did he come from? What are his antecedents? These and more are some of the questions many who know little about this great man of God but yet rever him often ask. They wonder how he got his annointing.

We ask to know how he was able to transform Mountain of Liberation And Miracle Ministry to the megachurch it has become today.

“Everything about what I am today had been foretold”, he explained. “Long before I was born, my mother had been told she was going to give birth to a male child and that he would become a prophet, he would become a great man of God.”

His entire journey in life had been predestined. From age eight, Pastor Chris had begun to see vision and speaking the word up God into people’s lives. His road to success was not exactly smooth. But he never lost faith in his God.

Today, Pastor Chris Okafor is a success story, an inspiration to many other young men who have been ravaged by the storms of life. Presently, everywhere you turn to in Lagos, you’re likely to find posters and billboards of Pastor Chris and Liberation City staring at you. He is the prophet everyone is talking about right now. In this second part of his exclusive interview, Pastor Chris revealed to City People Senior Editor, WALE LAWAL his antecedents and what the prophets told his mother about his birth long before he was born.

Share with us your childhood, sir, what kind of young boy were you while growing up?

Well, we thank God. I was born and brought up in Benin city, Edo state and thank God I am privileged to have been brought up in a Christian home. I think one of the things I thank God for is the way my parents raised us.

They prepared me for what God called me to be. It was easy easy for me to align with my destiny coming from a background where my dad was a disciplinarian. For example, if you don’t make it to church on a Sunday, you get punished.

In my family, we were taught to fast three times in a week, that’s Friday, Saturday, Sunday. Even if you’re three months old, you have to fast. And even though my father wasn’t a rich man, they raised in the way of the Lord.

Personally, I think the best gift any parent can give their children is to raise them in the way of the Lord. The bible says a good name is better than riches. My parents made us inculcate that and it helped us and shaped me into what I am today and what the Lord has ordained me to become.

At the time you were in the University what were your aspirations? Did you know you were going to end up where you are today?

My mother began to pray and wait on the Lord. One day, they went for a crusade and an elderly prophet was ministering. Then, he said, that woman over there, and he brought my mother out from a mammoth crowd. He sad you have been crying, begging God for a son, she said, yes.

The prophet said the reason why you have not had a male child is because you’re going to have a son and he will be a great servant of God. He will be known and God is going to use him mightily. His name is going to be called the light of God.

The translation of my native name means the light of God. There’s no name that was given to me by my own parents that was of their own making, or because they felt, oh, I will like my son to bear so and so name, no. So, that was the prophecy.

And even after that, a few other prophets would meet her on the way and say to her, you are going to have a son. Eventually, she became pregnant, she did not even have to go for scan. So, when my mother became pregnant, she would go and buy this portrait they widely believed is the picture of Jesus Christ. She bought the portrait and would always put it on her womb, saying, Lord, since you already said I will have a son and that he would be a prophet, I want him to be just like Jesus.

This went on until the day she delivered me. And they were already told they would have a son whose name shall be Ihechukwu, meaning the light of God. So, this brought about my name, the light of God and my English name, Christian. So, the whole thing was not my making or anybody’s making.

If I had my way, I would’ve loved to be a business man. I was told the prophet also said I would be a prophet and would start to prophesy from the age of eight. I remember going with my parents to a crusade by the late Arch Bishop Benson Idahosa of blessed memory.

Then, I received the Holy ghost, I received our Lord Jesus Christ as my personal Lord and Saviour as a child. It was at that age of eight that God started to use me to speak to people, to prophesy to people. I grew up and it continued till I finished my primary, secondary education and went to the University.

Even in school, I was into fellowship and all that. So, it was like Jeremiah, he said before you formed in your mother’s womb I know who you are. I have ordained you to be a prophet. So, my life was already tailored in that direction from the very beginning.

In all of these that you have told us, can you recall for us your very first major encounter with God?

My very first major encounter was giving my life to Jesus at the Crusade of Arch Bishop Benson Idahosa of blessed memory and receiving the baptism of the holy ghost, that’s so important to me. Then , at the age of eight, I remember one day, we were sleeping.

We used to live in one room then and there were about thirteen of us, my parents and my siblings. In my house, every morning, my father would wake you up with his bell. If you don’t wake up he will use slap to wake you. We will do morning devotion then everybody goes to their different places.

The children would go to school, my dad will go to his carpentry workshop and my mum would go to sell her vegetables and Ugwu. And also, every night we must pray before we go to sleep.

One night, at about midnight, an Angel woke me up and said somebody is going to die in your father’s house! I woke up my dad and said, ‘Papa, we should pray, someone is about to die!.’

About two to three weeks later, there was my cousin sister who got involved in an accident. She was the daughter of my father’s elder sister. They were trying to buy something in Onitsha, they had this accident and the bus somersaulted. People were able to rescue the passengers but they didn’t realize that she was underneath the bus.

It was after two days when they were trying to raise the bus that they realised that somebody was there. They took her to the hospital and luckily she survived. But till today, she still walks like someone with a hunch back. It was then it occurred to them that truly, he woke up and told us we should pray, that something terrible was about to happen. That was the very first encounter that I would have with God.

I also remember that in those days, we would be playing ball on the field and and the spirit would just speak to me and say this team is going to win 4-0 and this other one, 1-0. And it would happen exactly as I predicted time and time again. Some people said he must be a witch or wizard, he’s not a normal person you know back in those days, people used to believe in a lot of superstition. That was my very first major encounter.

You are also called The Oracle, how did that name come about?

(Laughs) You know, different people you minister to get different impressions of you. I am not just a prophet. I may have been born and ordained a prophet, but by calling, I’m also an Evangelist that goes from nation to nation spreading the word of God. I’m also an Apostle, I’m also a teacher. These are the various sides to me.

For instance, I fast everyday. If you look at my eyes closely you’ll see that they are heavy because I don’t sleep at night. I stay awake, praying from midnight everyday to six or seven in the morning. Sometimes I take it from 1 a.m. to about 7 a.m. So, I fast everyday.

As I’m talking to you now, I’m yet to break my fast. There has to be consecration. You don’t just wake up overnight and say, oh, God wants to use me. For instance, even if you buy a car, you must service the car, you must fuel it regularly for it to be useful and perform optimally, so that’s the kind of spiritual cleansing you must do to make the grace and the spirit available.

What The Prophets Told My Mum Before I Was Born – LIBERATION City Pastor, CHRIS OKAFOR was last modified: September 22nd, 2019 by Reporter

Why DON JAZZY Has Been Off Music Scene

What Really Killed I SHO PEPPER 27 Yrs Ago, His 3rd Wife, YETUNDE Opens Up