Home News Why 1st Lady, AISHA BUHARI Has Been Off The Scene
News

Why 1st Lady, AISHA BUHARI Has Been Off The Scene 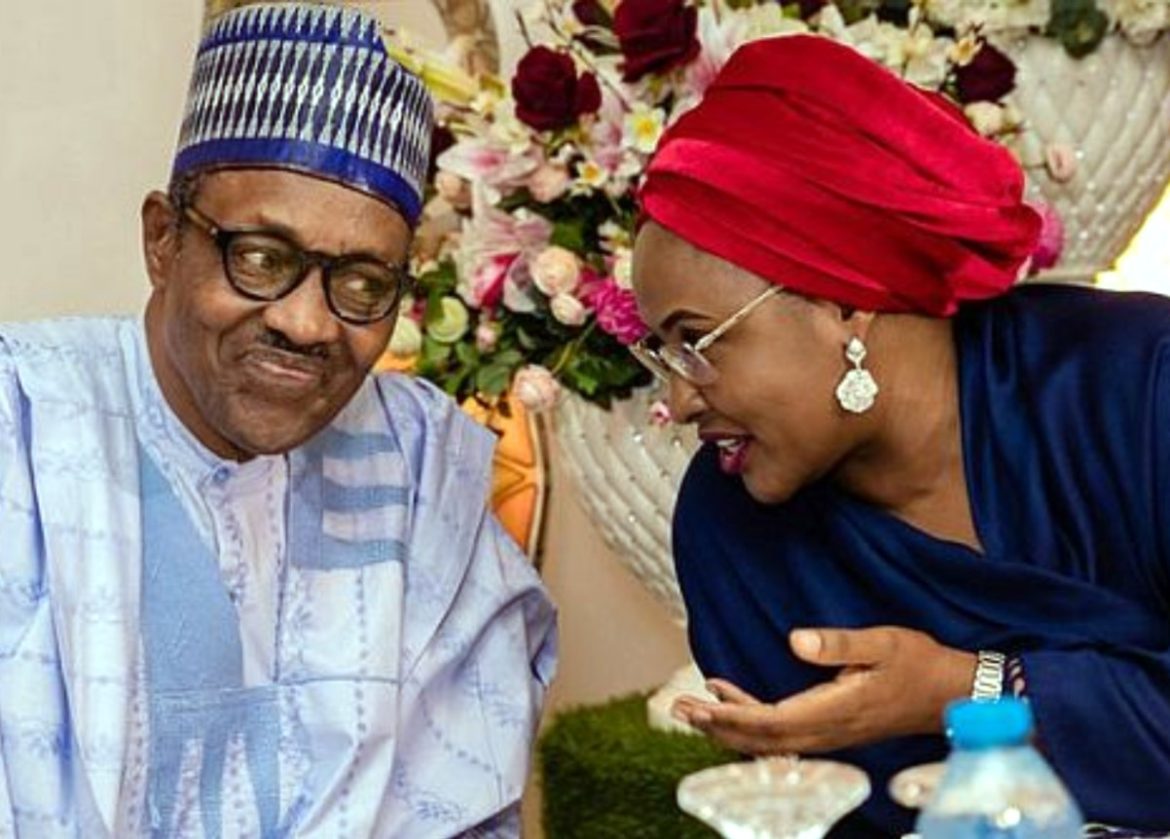 •What We Found Out

Where is our dear First Lady? Where has she been? Why haven’t we been hearing from her? Why hasn’t she been visible like she used to? These are the questions many Nigerians have been asking themselves. No one seems to know why the First Lady, Aisha Buhari, has suddenly gone off the radar. And nobody from her office or within the presidency appears ready to proffer any plausible answer to this question.

Even within the presidency, the same question is asked, but in muted voices. Yet, no one is willing to say anything. Everyone is scared they could get into trouble talking about a subject they have not been authorized to talk about. The first lady, Aisha Buhari, is one first lady many Nigerians love for a number of reasons. Some love her simply because she is an absolutely beautiful woman, while others love her for warmth, intelligence, sense of justice and fairness. Before her husband, President Muhammadu Buhari, assumed office, she was not in the public glare. Little or nothing was known about her. But shortly after she settled in as the first lady, she began to blossom. At first, she seemed like the conventional African wife who preferred to remain quiet in the background while the husband remains in the spotlight. Ever smiling and always warm, the first lady shied away from controversies and issues that could portray her in bad light before the Nigerian public. But those who know her very closely will also tell you that Aisha Buhari is nobody’s fool, she will react the minute she senses her integrity or office as the first lady of the federation is being called to question. And this is why she has had head on collisions with some powerful people in the presidency. She does not suffer fools gladly and will let you know where she stands once you step out of line.

It will be recalled that she has had head on collisions with a few members of the Cabal who many Nigerians believe are the ones who influence most of the policy decisions taken by the president, Muhammadu Buhari. Garba Shehu, Senior Special Assistant on Media & Publicity, is one of the key members of the president’s inner cacaus that the First Lady, has had issues with. She accused Shehu Garba, of making a mess of communication from the presidential Villa, messing in the affairs of her family, starving her of funds to run her office and trying to mess up her marriage. It was a very bitter Aisha Buhari who tweeted: Rather than face this responsibility squarely, he has shifted his loyalty from the President to others who have no stake in the compact that the President signed with Nigerians on May 29, 2015 and 2019. The blatant meddling in the affairs of a First Lady of a country is a continuation of the prodigal actions of those that he serves.” She also added: “We all remember that the chief proponent appropriated to himself and his family a part of the Presidential Villa, where he stayed for almost 4 years and when the time came for him to leave, he orchestrated and invaded my family’s privacy through a video circulated by Mamman’s Daughter, Fatima, the public was given the impression that on arrival into the country I was locked out of the villa by Mr. President. It is at this late hour that I recall, sadly, that it was the same Garba Shehu who claimed that the government will not allow office of the First Lady to run. He was later to confirm to one of my aides that he was instructed to say so by Mamman Daura and not the President. This antic attracted the anger of Nigerian women. He didn’t realize the fact that First Lady’s office is a tradition which has become an institution.”

Sometime ago when the wife of the president, also accused Garba Shehu, presidential spokesman, of not being loyal to her husband but “to others who have no stake in the pact that the president signed with Nigerians,” late Ismaila Isa Funtua’s name popped up. Many believed he and Mamman Daura, and of course the late Abba Kyari, were those Aisha was referring to in her outburst.

But it is her altercation with Garba Shehu, Senior Special Assistant on Media & Publicity that still remains fresh in the memory. As a matter of fact, it’s about the last time anyone heard the first lady make very serious statements that went viral or caught public attention. Her fight with Garba of course died a natural death. She obviously couldn’t get her husband, the president to put in the kind of words she wanted for her.

Like his friend, Garba Shehu, Aisha had to put up with the likes of late Abbai, the late Ismaila Funtua who held no political office, but he wielded so much influence on the President even more than those who hold offices. Funtua was part of Buhari’s delegation on some of his foreign trips, including his official visit to the United States in July 2015. Aisha Buhari was never comfortable with the role the likes of Ismaila Funtua played in the using of the Cabal, which Funtua belonged, to influence the president into taking decisions that were considered ‘not in the best interest of the nation.’ And she never concealed her displeasure. At different times, the first lady confronted President Muhammadu’s Buhari’s late former Chief of Staff, Abba Kyari, Mamman Daura, Garba Sheu and now late Ismaila Isa Funtua. They resented her just as she too has never hidden her dislike for them. Even at the height of her confrontations with these men, she incurred the wrath of her husband who reminded her that her place was ‘in the other room.’ This situation was said to have caused quite a strain on their marriage but the first couple managed to deal with the friction between them and eventually put it all behind them.

Today, the conflicts between the first lady, Aisha Buhari, and the dreaded Cabal appears to be thinning out gradually. This can be put down to Aisha’s relentless confrontations and fearlessness. You must give it to her, she showed uncommon resilience and courage. As a northern woman, this headstrong posture was least expected. She was not expected to be seen demanding that her husband’s close associates back off and let him run the country with his cabinet members the best way they deem fit. The northern woman is expected to keep quiet, stay in the back ground and not meddle in her husband’s affairs. But not Aisha. She wants to be seen and be heard. This explains why everyone is concerned about the sudden silence from the first lady. It is so unlike her to stay quiet and not be visible for so long. So, what exactly is going on? We hear stories that she’s gone to stay with one of her daughters who just put to bed while some others say she’s chilling off somewhere outside the country and only comes into the country whenever it is important for her to do so. But Nigerians expect that somebody from the presidency, or at least from the office of the First Lady, should be able to tell us the whereabouts of our first lady. It is their right to know. When Nigerians voted for her husband in 2015 and he became the president of the federal republic of Nigeria, they earned the right to probe her movements, her lifestyle, and some of the personal decisions that she makes. So, again, we ask, where is the first lady? Why has she been away from public glare? Somebody needs to take responsibility and speak to Nigerians, rather than leave room for all manner of speculations to be flying about.

READ ALSO: WHAT LIFE HAS TAUGHT ME AT 52 – KALABARI PRINCE, TONYE PRINCEWILL

Why 1st Lady, AISHA BUHARI Has Been Off The Scene was last modified: February 17th, 2021 by Wale Lawal

What Life Has Taught Me At 52 – KALABARI Prince, TONYE PRINCEWILL