Home Movie Gist Why FAITHIA BALOGUN And I Clashed At A Party In LAGOS – Popular Actress, REMI SURUTU
Movie Gist 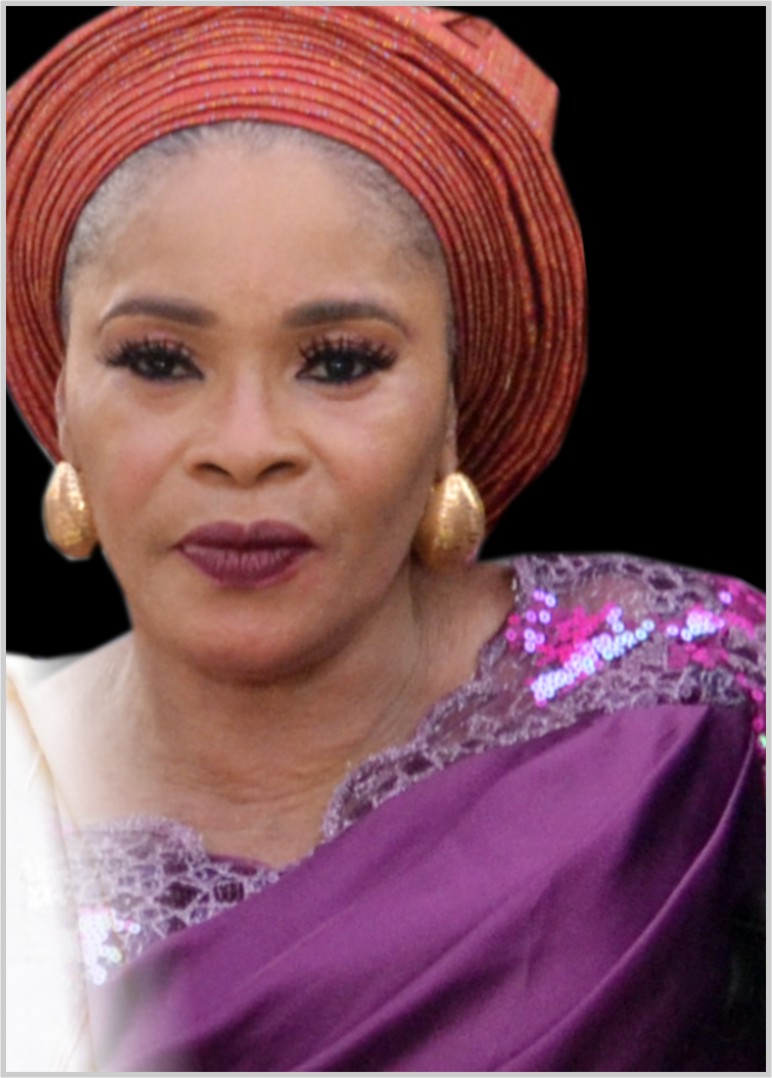 A few weeks ago, London-based celebrity, Bamidele Omosehin hosted a burial ceremony in Lagos. It was an event that recorded the presence of many celebrities, especially the A-list actors in the Nollywood industry.

At that party a misunderstanding broke out between 2 popular actresses, veteran actress, Remi Oshodi popularly known as Remi Surutu who was seated on a side of the hall and  Faithia Balogun; Before many knew what was happening Remi Surutu walked up to Fathia’s table to confront her. There are different versions of the story. Some accused Remi Surutu of slapping Fathia. Others say she was held back just before she could slap her. It became a mini pandemonium until concerned guests waded in to separate them and frayed nerves calmed.

When the news of the rift eventually broke out online, there were insinuations on what might have transpired before it was blown out of control. It was generally believed that actress Faithia Balogun must have offended the veteran actress at a point before the rift was blown open.

Until now, many people were still on the side of actress, Remi Surutu, especially her fans, because they believe; even though veteran actress Remi is a strict person, and one of the celebrities who does not take nonsense from anybody; movie or reality, yet, hardly will you hear any scandal of her, with the numbers of years she has spent in the industry. She is one hardworking woman and she has never soiled her reputation in any way. Remi Surutu is undoubtedly admired by many people because of her relevance over the years in the industry.

There were lots of assumption from different bloggers online, on what might have led to the fight. An insider revealed Remi Surutu has been having grudges with Faithia Balogun because of her “disrespectful” act and she has vowed to teach her some lessons. Other rumor mongers added that Faithia Balogun has been romantically linked with the London based celebrant whom Remi regards, as her younger brother. Some even said actress Iyabo Ojo must have fed Remi Surutu with many of Faithia Balogun’s alleged escapades, as the two are not also in good terms.

Though, every attempt to speak with these actresses proved abortive, as none of them was ready to talk on that matter, until recently when one of our correspondents stumbled upon actress Remi Surutu at a movie location in Abule Egba, and she briefly revealed why she slapped Faithia Balogun and why she doesn’t have any regret attacking her. In her words

“My fight with Fathia Williams started when I began hearing all manner of jargons, she was saying about me. I heard she’s been going about running me down in the presence of many of our colleagues and movie producers. She’s messing up big time and somebody needed to put her in a place where she belongs.

“This is the person I took in like a sister. We were very close when she joined the industry. I can say it boldly that I was instrumental to her relationship with Saidi Balogun then. They were both living with me in Magodo. I had to send them out because they always fight, and they almost injured my mum.

“I don’t know why she suddenly grow that hatred for me and started running me down. Till date, I still can not say what I’ve done to deserve that from her. There are so many other things she did that I can’t say here.”

“Faithia is so full of herself, probably because they used to deceive her, by calling her the Queen of all the Actresses, “Pelu awon tani”. I decided to confront her and deal with her at that event, because somebody needed to call her to order. And God saved her that day and thank God for the intervention of other colleagues around. I told her “if you move closer to me, I will break bottle on your head” When people started calling us to settle it amicably, I told them I am not ready to settle anything with her, and I don’t feel remorseful for attacking her. I have no regret at all, she’s really messing up and she needed to be put in her place”.

Remilekun Oshodi, fondly addressed as Remi Surutu is a famous Nigerian actress, entertainer and entrepreneur. She was born on May 14, year of her birth not known. Remi hails from Ondo State in South Western Nigeria. She revealed her young age was quite luxurious as she was driven to school in an exotic car with a befitting education which made her what she is today.

Remi Oshodi began her acting career in 1985 when she featured in the Classic TV series, Village Headmaster. She was shot to fame and recognition in the Nigerian movie industry after starring as a major character in the movie, ‘Surutu’, a movie that was very successful and earned her a stage name, Surutu.

Remi took a break from acting to work as a mortician at the popular funeral service company, Ebony Caskets. She returned to the Nigerian movie industry after a few years and has so far starred in several Nollywood movies.

She has indeed proven to be a good actress, very creative and highly talented with good interpretation of roles in movies. Her style of acting has endeared the hearts of her numerous fans across Nigeria.

The beautiful and talented star is also an entrepreneur. She is the CEO of Everbluee Music Studio, a company she set up in Ikeja, Lagos in 2016.

Why FAITHIA BALOGUN And I Clashed At A Party In LAGOS – Popular Actress, REMI SURUTU was last modified: March 2nd, 2021 by Sunday Adigun

MIDE MARTINS Opens Up On Her Rift...