Home News Why I Have Remained In Acting For Over 20 Yrs – Popular YORUBA Actress, FOLUKE FOCUS
News

Why I Have Remained In Acting For Over 20 Yrs – Popular YORUBA Actress, FOLUKE FOCUS 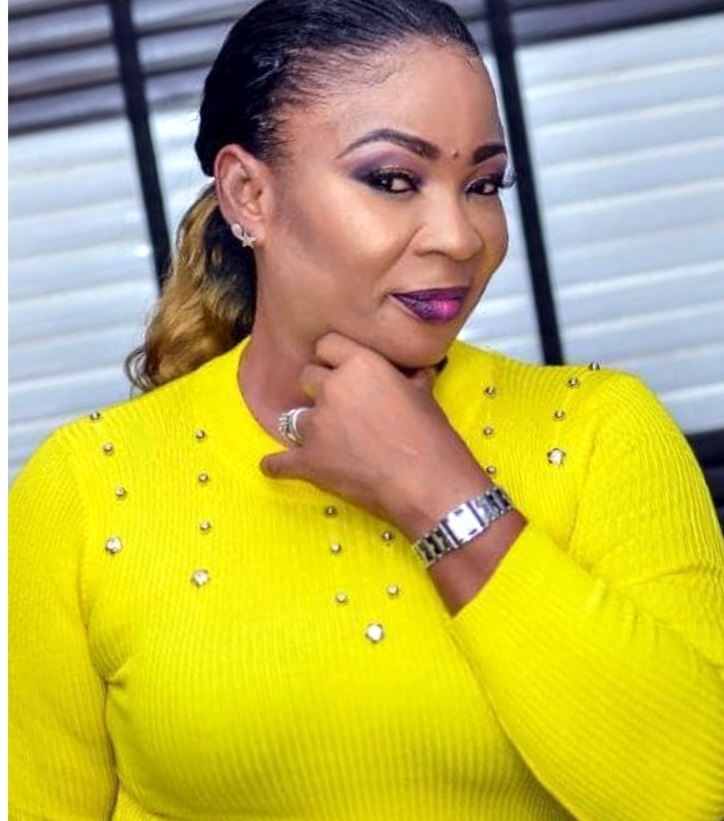 Foluke Focus is a popular Yoruba actress who has been acting for over 20 years. She not only acts, she produces her own movies too. From her surname, Focus you would have thought she’s from another part of the country, but this pretty light skinned actress is from Ibadan, where she resides.

She was born and bred in Ibadan. Her name is Foluke, and her surname is Focus. It is an English name. Her family name is Taiwo. She is an Ibadan indigene. She was born in Ibadan and he went to Army Children School on Iwo road.

She is from Orita Merin area of Ibadan. And she speaks Ibadan dialect fluently. What has kept her going all these years? “Its His Grace and Mercy. I can’t say it’s my efforts. I give all thanks to God.” She has acted in many movies and has produced her own movies.

How many movies has she acted in  “Plenty”. She says. “A lot. I have lost count,” she adds. How many has she produced? “I have done 5 movies. And many more are coming. Some of the ones I have acted in include: Ogun Okunrin, Gbolahan, Olugbala, Talole, Iya Nla.

Is it true a new one is coming out soon? “Yes, it is. My fans should watch out for Sekere. That is the title of my new movie”.

For how long has she been an actress?

How did she get into acting? “I have been acting for a long time. I have been in the industry for the past 20years. I started as a Makeover artist through my friend, Baba Kuete. And I passed through Baba Adebayo Faleti. May his soul rest in perfect peace. So Muyiwa Ajani, Baba Kuete is my boss and the late veteran actor, Baba Faleti”

Apart from acting, Foluke is into business. She sells cars, gold and clothes. She is into buying and selling. She is a very comfortable lady. She has houses in Ibadan and Lagos, but her office is in Ibadan.

Is she married or single, she was asked, prompt came the answer. “I am a single parent.”

How come she has been acting in the Yoruba movies industry all these years?

Why not try English? “I have done some (English) before,” she says,. “If the script comes, yes, with all pleasure I will do it gladly. I am an actress, not a Yoruba actress. I can fit into my role”

Why has she not given up on acting since there isn’t too much money in it?

“I can’t give up because its in my blood, “ She says. “I am coming back with a big bang. “How? “You just wait and see. I plan to shake the Yoruba movie industry. I haven’t given up on acting all these years because I can’t do without acting and because I love doing it. You know if you have interest in something you can’t just opt out like that”

Did she start acting in her primary school? “No, its from my church” “ I was born in church. My daddy is a pastor at CAC Oniyanrin in Ibadan. My acting is Maria giving birth to Jesus Christ then. Yeah, that is how I started my acting.” Since then she has kept at it. She plans to do her next movie in October. The working title is Sekere.

Why I Have Remained In Acting For Over 20 Yrs – Popular YORUBA Actress, FOLUKE FOCUS was last modified: September 3rd, 2018 by Seye Kehinde