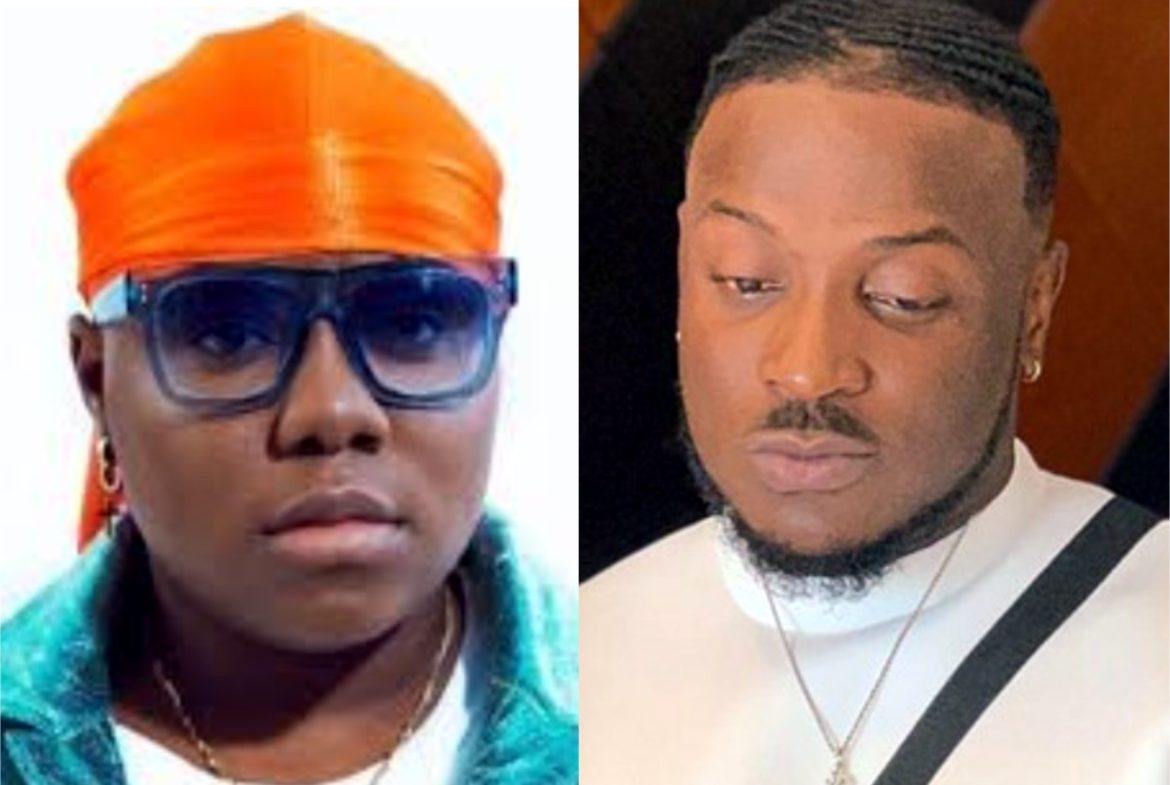 In the Nigeria music industry different artiste tend to have different crowd such that even if the all have events the same day they will pull different crowds, depending on how good their publicity is and how far it has gone. No matter how much you love yourself as an artiste and would not want to have issues with your fellow artiste because you both are doing good music and sharing the same fans. This same fans you share will cause your hate when one continually drop hit songs, them the other only has to feature another artiste on his song before it becomes a hit, the fans start to compare you both, this happens to be the beginning of your hate story with the other artiste.

Early 2018 two good artiste came out hot at the same time doing their thing and working hard to make hit songs, one only had herself on her song to make a hit according to fans the other had to feature on a song or feature another artiste before he could make a hit. Just the same way fans put both Wizkid and Davido on the sport of hating their self the have also succeeded to put Teni and Peruzzi on the same sport of being at war at their self, not only on social media but showing it physically even on influencer who compare them as one is better than the other on social media.

Teni released quite a few songs in 2018 and all of them were very well received by fans with “Askamaya” and “Case” being outright hits. Not counting “Uyomeyo” which was the Crossover Night/New year jam for many people and is almost certain to be a classic tune real quick. Meanwhile, Peruzzi had no personal hit song last year; his biggest offerings were all features. In fact, he may already have made that hit song on his Heartwork EP, even though he said Majesty is and hit track but it can’t be compared to Case by Teni or all her hit songs.

Teni has painstakingly built her clout on social media (Instagram in particular), over many months, this act made her fans always look up to what she will be posting every day, she should be a part-time comedian.

This incredible organic growth was achieved by consistently coming through with amazing content, always being herself, and engaging with her fans like a pro. Although Peruzzi’s social media numbers are not shabby at all, his Social media is not nearly as powerful as Teni’s.

So anytime Peruzzi comes out to say he works harder than Teni, her fans tend to blast him. Peruzzi actually worked hard last year but was not strategic.

Peruzzi ranted on twitter, saying that he had earned more money in the last year than Teni nominated for awards an assertion that may or may not be factual.

Of course, he was getting bookings after the release of 2face’s “Amaka”. Right now Teni currently commands a higher performance fee than Peruzzi and she definitely was in higher demand last December.

Teni has even gotten a BET award. Teni getting nominations from different awards not only being nominated but bringing the awards home, she is not only loved in Nigeria but love even outside the country, in a month Teni travels out of Nigeria for a paid show, she might not be in one of the biggest record labels but she is really doing. She is very hardworking, she put in all her efforts in all she does same as Peruzzi but their fans always compare them. It is seen publicly that Teni is doing better than him as all her songs are hit tracts and Peruzzi only has featured Hits.

Early this year Pameler in a social media influencer had compared Teni and Peruzzi on twitter saying Teni is better than Peruzzi, and he was threatened by Peruzzi to bring down the post and he immediately put it down, fans though it was a paid AD to make Peruzzi trend. Everything went well until a few months ago when Peruzzi saw Pameler in somewhere asking him why he had to tweet that, he smiled and tried to say it was for the gram but all he could remember was a slap on his face. Pamelerin had threatened to take the case to court but Davido came out to apologies before Peruzzi could think of apologizing to him. After this had happened, Fans noticed that Teni and Peruzzi were not liking their post on Instagram or commenting on each other’s post anymore.

Teni had her show in Lagos few weeks ago which was the talk of the town as different artiste attended and the biggest concert that week in Lagos. She invited so many artistes and didn’t invite Peruzzi.

Teni live in concert was a onetime event in Lagos, She pulled so much crowd, so many people were surprised that she could pull so much because he taught her fan base was just social media. Talking about Energy between this two-act their energy are both out of the world, looking at how fat Teni is she still has so much energy to trill fans. It is so amazing.

Peruzzi is signed to the best record label in Nigeria today, ably led by one of the biggest acts on the continent and one who is never afraid of putting his artists on, DMW.

Teni, on the other hand, was not put on by any known artist of any import, not even by Niniola, she is signed to DR dolor entertainment whom many still do not know who owns the label. Teni has gotten to where she is because of her immense talent and by dint of hard work.

So, if Peruzzi, standing on the back of a real African giant still couldn’t match Teni’s accomplishment. They both take the accolades for their different hard work and trying their best to be better and do better. This two are really at war I will say it is all because of the fans, and Peruzzi which he can’t do with just letting what happens on social media stay there and see outside SM as the real world, he sees both as same thing, it was after he slapped Pamelerin, Teni gave him his space for acting like a kid.

Why Music Act, TENIOLA & PERUZZI Are At WAR! was last modified: July 31st, 2019 by Precious Pomaa

How To Properly Annul A Marriage In NIGERIA