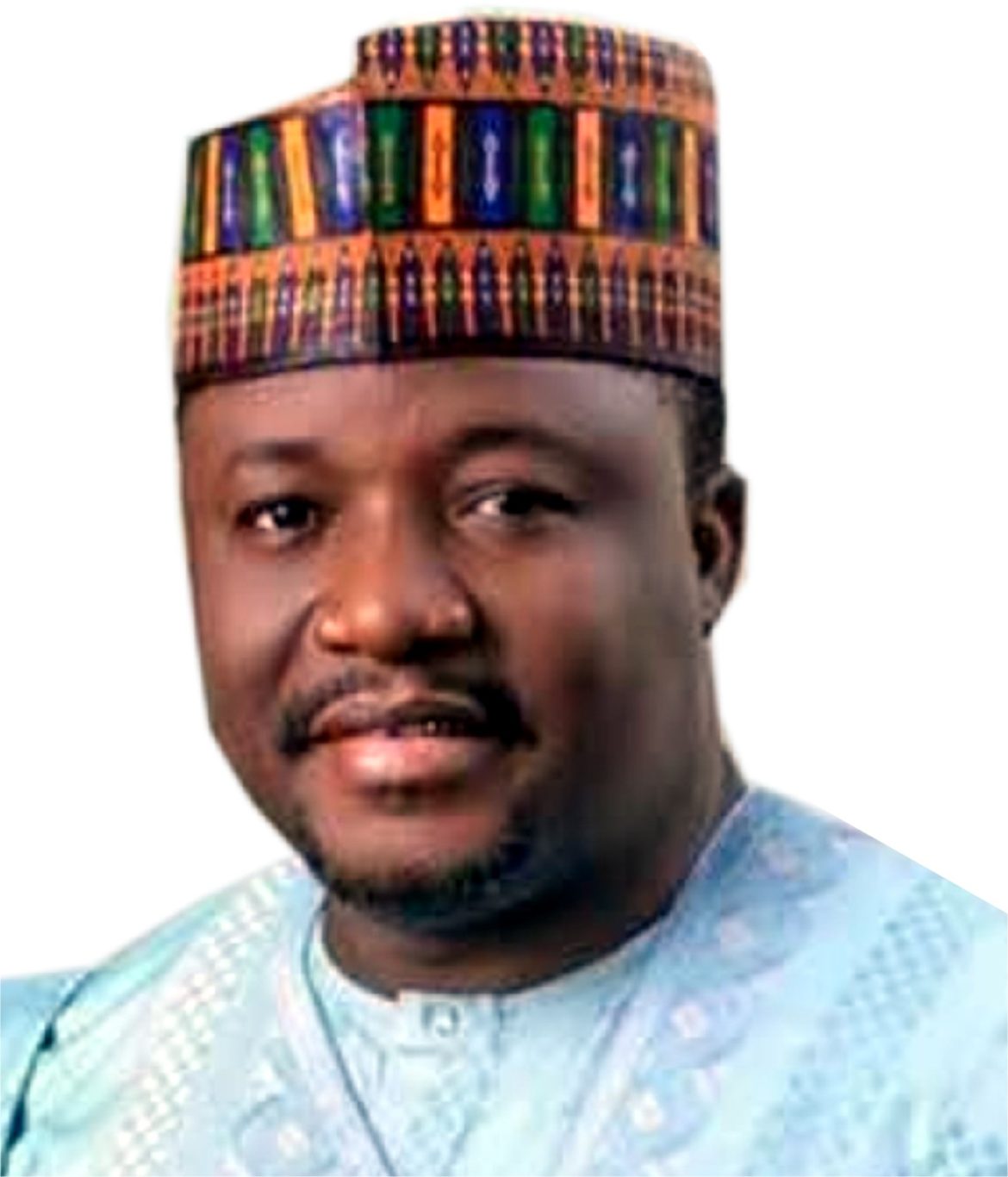 Yerima Shettima is the National President of the Arewa Youths Consultative Forum, a strong umbrella body for Northern Youths that has been in the fore front of speaking and fighting for their rights.

Yerima, who is the pioneer chairman is fearless and articulate. He was in the news last year when the AYCF, gave Igbo residents in the North ultimatum to flee the North before Oct 1st last year. In this interview with City People’s ASABE NDOMA, Yerima opens up on why the Igbos were given the quit notice and how the issues were resolved “We had to do it out of patriotism and service to the country”.

I must commend all those who sat with us to find a way out of the Impasse. My decision was borne out of frustration with those who were abusing my identity, my country or community called Nigeria. “I am proudly a Nigerian” he reiterated. He also opened up on why he is contesting for a seat in the House of Reps.

For the benefit of those who do not know you, can you give us a brief about yourself?

Well, my name is Alhaji Yerima Shetima the National President of Arewa Youth Consultative Forum. I am from Zaria but based in Kaduna. I’m a  typical Hausa Muslim.

I did my primary school in Otukpo in Benue State, Secondary School in Calabar and my University education in Lagos, I have a Bsc in Public Administration. I am a product of struggle since the days of the military, I am one of those that have been into advocacy of good governance and democracy and I have been part and parcel of the struggle since the days of the military rule of General Sani Abacha.

I played a prominent role as a young student at that time, but it  is very unfortunate that the kind of democracy that we all saw then is not what is obtainable today. Some of us felt at that time we were making such sacrifices, that we were going to have a just society, where everybody will be treated equally, where good governance and true democratic norms will be played out clearly. But unfortunately that  is not what we all are witnessing now. Some of us have spent close to two decades in the struggle.

Some of us are living today to give a little background of our experience within the struggle, while others are already in the grave.

During the military dictatorship some of us were brutalized and killed during the Abacha regime. Life has never been the same for some of us but to God be the glory, we are products of that struggle, for there is nothing to regret but rather, what we expected is not what we are seeing today.

For us, we feel that it is not yet over until it is over because, this is not the type of democracy we always wanted and we also feel that nothing is too much to sacrifice for the country. Some of us deprived ourselves of the good things of life to get involved in the struggle and we really did well.

We keep doing it for the best interest of our people and service to humanity which is the key in all of these. So we did our best then and that is what we are still doing and we are looking forward, hoping that at the end of the tunnel there will be light because the bad side of the story is for somebody to give up completely that nothing is going to happen, that things will remain like they are.

I am not one of those who share such sentiments, I believe strongly if we continue with the culture of consistency, definitely we will see light at the end of the tunnel and that is my philosophy about life in general.

For how long have you been the president of the Arewa Consultative Youths forum?

I am the pioneer leader of the AYCF. It was a child that was nursed and put in place by me and other  young men. That was between 2001 and 2002. There are other pro-democracy groups like NADECO, and the rest of them, AYCF came to being when Obasanjo was the president, where there was a serious dichotomy between the North and the South.

At that time there was the need to get an organization that will build the bridge between the North and the South and that was how AYCF came to being as a child of necessity with the blessing and support of my role model Alhaji Yusuf Maitema Sule, MD Yusuf, Wada Nas, Sunday Awoniyi, so many of them are not alive today, some of these people were the people that sat down and said look, we cannot sit back and allow things to be happening in the south west when the Yorubas especially the OPC at that time, see the northerners as enemies as a result of June 12 annulment, because they believed that those who annulled the election of June 12 were totally against the south especially when the person that won the election which was free and fair election, was their son. So they felt betrayed.

As the pioneer Chairman of the AYCF, I was able to interface with organizations, such as OPC, Niger Delta Association, MASOD, even BAKASI to ensure that there is stability, understanding.

I’ve always been into advocacy work. I did that with my team and we did very well, and we succeeded in ensuring that that hate between the southwest and north became an issue of the past, because we have a very good relationship with the leadership of the groups such as Gani Adams, Dr. Felix Fashehun and many others, those are the people I worked with closely to ensure that there was cordiality between the Southwest and the north.

So if there is a problem between the North and the southwest and there is a reaction that had to do with Yoruba against Hausa or Hausa against Yoruba, at the leadership level we stopped the issue. These are some of the things we did. So we succeeded a lot, I did that because I felt it’s worth doing and service to humanity.

We did not only stop with the southwest, we went further to interface with the leadership of MASOD because at that time, the same problem was happening in the southeast. There was BAKASSI in one hand and the MASSOB but BAKASSI was more of the vigilante group while the MASSOB  was a pressure group.

We were able to penetrate them at that time to have a good relationship with the leadership. And if there is any problem or a threat on the northerners in the southeast, we get in touch with the leadership of the MASSOB and the issue is resolved immediately, same with the IYC.

So what happened, some years ago when AYCF came out and said that Igbos should leave, and there was so much controversy, how was the problem later solved? And why did the AYCF take that stand, could you please clarify?

Well, something happened, one thing led to another. I have given you a background of the events that  unfolded in the past, this is the story of over 15, to 18 years before the recent happenings.

We are very educated people, very sound minded people, peace-loving people who believe in the entity of one Nigeria, I also believe in peaceful advocacy. So at that time, I made a statement and the statement was simple, if you want to go, why do you want to drag us into war?

That was the simple statement I made, but you know, normally whenever you talk, people will read so many meanings to it. If you want to go don’t take us into civil war. We said from now till first October, please those of you who believe in Biafra and in Nnamdi Kanu, since nobody can call him to order, please go back to your various places and stay. Do your referendum there, let us see whether he was really speaking for the entire Igbos.

At first I thought he was talking for the entire Igbos, but later on organizations such Owaneze said he was not talking for them but for himself, and prominent individuals in the southeast also called us. and even at home some of our leaders called and said to us we should not take laws into our hands because there were a lot of misinterpretation.

So at a point we had to review the whole thing, and because we are the people who believe in love, unity and the betterment of this country, so we were calmed down, even the governors forum were talking to us often to ensure that we find a way to resolve the issues. On the 25 August 2017 we addressed a pressed conference on the issue when we reviewed our position realizing so many prominent Igbos were not behind Kanu and then we withdrew the quit notice.

So how did you feel when that crisis happened, because there was so much tension then?

I felt what we did was service to the country, one to expose the fraud of the so called struggle of IPOB. IPOB struggle was nothing but a fraud, the young man was following people, collecting money and people were queuing behind him, believing that he was their messiah. What we did exposed a lot of things.

I am sure that what brought about the stability in this whole thing to the extent we can mark some victory out of it, because that was what paved way for election in Anambra state otherwise IPOB were adamant saying there will be no election in Anambra.

If we had not raised the issues and brought it to the attention of the Nigeria government and other prominent leaders, the election in Anambra State wouldn’t have held and that would have been a minus to Nigeria as well as an embarrassment before the international community.

Why We Gave IGBOs Quit Notice To Leave The NORTH – Yerima Shettima was last modified: October 2nd, 2018 by Asabe Ndoma