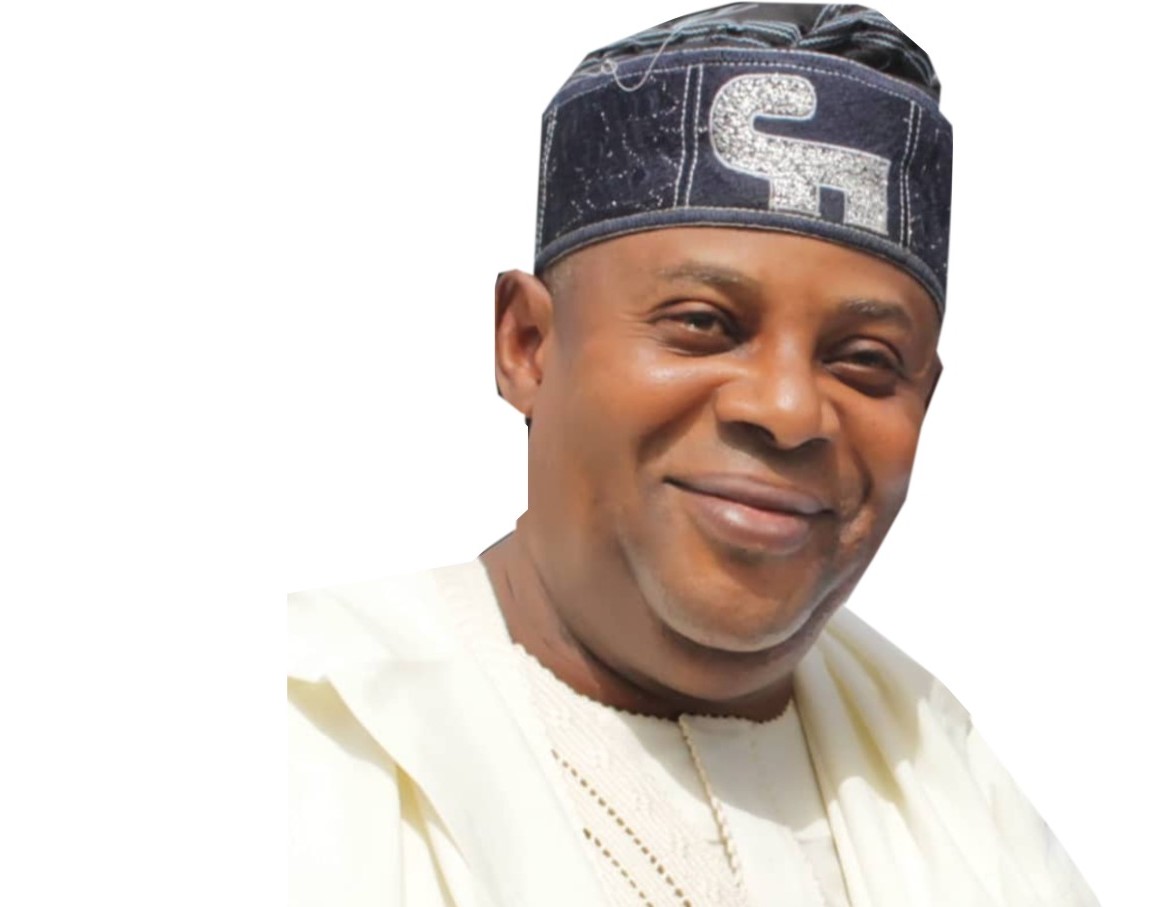 He is an extremely popular politician. His name is synonymous with two words – integrity and loyalty. Anyone who knows this outstanding politician will tell you that if you have a pact with him, you can go to sleep and not bother to watch your back, because Hon. James Abiodun Faleke will stand by his bond with you to the very end. Except of course if you decide to change the goal post and distort the terms of your pact with him. This accomplished politician who is the federal legislator representing Ikeja federal constituency can be an unapologetic loyalist to anyone whose cause and ideals he believes in. Through thick and thin, you can count on him to weather the storm with you. And these have been his stand-out qualities right from his early days in 2004 when he was elected as the Executive Chairman of Ojodu local government area where he served for two consecutive terms. He went on to hold the position of Chairman of Forum 57, a forum of LGA and LCDA bosses in Lagos state. Today, he is an elected federal legislator, representing Ikeja Federal Constituency. Indeed, it is common knowledge that his people don’t joke with him. It is on account of his impeccable integrity, loyalty and transparency that he is serving his people for a consecutive third term at the Federal House of Representatives. And one man whom Faleke has been fiercely loyal to without apologies is his mentor, father and leader, Asiwaju Bola Ahmed Tinubu, the national leader of the All Progressives Congress (APC). He cannot possibly speak for two minutes without punctuating his utterances with the name, Asiwaju Bola Ahmed Tinubu. That is how loyal he is to the man fondly called Jagaban and it is no wonder that they are very close.

But Hon. James Faleke is not a very happy man at this moment. The recent senseless shooting of #EndSars protesters at the Lekki Toll gate and the mindless arson and carnage that followed has left him feeling deeply troubled about the future of Nigeria. And of course, a anyone would expect of a man who holds his role model and mentor in high esteem, Hon. James Faleke is also disenchanted with the lies being peddled about of Asiwaju Bola Tinubu and also the shocking destruction of his investments, Television Continental and The Nation Newspapers. Last week, he spoke to City People’s Senior Editor, WALE LAWAL (08037209290) about his thoughts on the #EndSars protest and the carnage that very nearly brought Lagos to its knees.

A lot has been happening in the country since the last couple of weeks, sir. What do you make of all that’s gone down with the #EndSars protests?

Well, it is unfortunate the way things turned out. I am sure that, maybe apart from a few mischievous elements, nobody is happy with the way things have turned out. The youths meant well with their #EndSars protests. It was a peaceful protest devoid of violence. And all that they were asking for was fantastic. But the sad part of it all was that they allowed miscreants to hijack the whole thing. It was sad. All I can say is that they should just allow peace to reign and give the government time to attend to their demands. The government has set up a panel of enquiry, so I am eager to see Nigerians who have been affected by the brutality of the defunct SARS unit of the Police to go there and make their presentations to the government so that the reports can be complete and the compensations can be complete. But choosing to go talk to the newspapers or the social media is not the best for us. For example, most of those stories that were circulated on the social media about the incident were false and those who posted them were now apologizing after the mayhem. After seeing that most of the stories were false, they were now apologizing to Nigerians. I think that we should restrain ourselves from passing information that we have not confirmed to be true or false because these negative stories have a way of causing us great problems sometimes. We should be more careful. Government is doing its best to assist the less privileged, the unemployed, by doing a lot of empowerment programmes here and there. I have made some presentations to the government requesting that we need to rehabilitate our dead industries. We need to borrow money to fund those industries. It’s not only roads that can make the economy to grow, industries will equally make the economy to grow. We can borrow money to bring back like the Textile industries, the car industries, the Assembly plants, the manufacturing plants. Borrow money and give it to the owners and ensure that they bring in equipments, bring in raw materials that they need and from there they can start to function. We can then give them like 6 months or one year moratorium and then wait. These are the things that I know will turn the economy around.

I know a panel of enquiry has been set up to investigate all that happened in the past few days, so you might not want to preempt the outcome of that panel. But I believe you saw videos of exotic cars dropping off hoodlums and picking them up after they had caused mayhem in some parts of the state, this has led people into thinking some disgruntled elements from the opposition party may have also fueled the situation to embarrass the government…

(Cuts in) Yeah, I saw that. And it’s rather unfortunate because I saw a Jeep, that was in Abuja or somewhere, picking up some hoodlums. It’s rather unfortunate that such things are happening in our country. But they could be hired thugs, the vehicles could be hired vehicles, nobody could’ve picked up anybody’s vehicle and start to start to use it for such purpose, anything can happen to it in the process. Unfortunately, our Police that we were fighting, they were already demoralized. I mean, you can’t condemn your security force to the extent that we went and still expect them to stand up to defend us during those situations. I mean, we burnt down their stations, we lynched them and killed them, that was uncalled for.  I went to visit the Road Safety In Ojodu today and I saw all their vehicles burn down and the sector commander here was on call, receiving a distress call to come and evacuate some accident victims and there are no vehicles to use, so what do we do? I went into Ojodu Primary School, it was burnt down. The entire Administrative block was burnt down. This is no ordinary primary school, so tell me, what offence did the primary school children commit? What impression are we giving those children? By the time they grow up, they will remember that the older ones burnt down their school. Anyway, we will only continue to appeal that everyone should remain calm and allow peace to reign.

One person that our hearts are going out to at this time is Asiwaju Bola Ahmed Tinubu. Most people agree that the destruction of his investments and the series of allegations against him were totally uncalled for. As someone who is very close to him, how does it make you feel seeing a man who has done so well for the Yoruba nation getting this kind of treatment even from some of his own people?

Honestly, my brother, for us, and for me in particular, it saddens me. I feel extremely sad to see what has happened. The attack, the destruction of his investments, the lies…I am not even that worried about the destruction of his investments, I am more worried about the lies cooked up against him. The lies that he owns the Lekki Tollgate, the lies that he ordered soldiers to shoot at protesters, young people? How is that even possible?  Even a sitting governor does not have control over the military, how much more an individual. So, the investigation is on and we want to see, we want to unravel, who gave such authority and who are the soldiers who went there to carry out the shooting? For me, those lies against Asiwaju will make him stronger and Nigerians will see that it’s all lies and that its all politics, it’s all about 2023. The Yoruba people should know that if you destroy your own, nobody will help you to build it. So, if you being ambitious and you think are Asiwaju is the only person who can stop you, or he’s the only person who is so highly rated and you think you can destroy him and God does not allow you, what will you do? You will only end up destroying yourself. And I know that someday, soon, those whom you sell those lies to will wake up one day and say get out of my sight. One day, it will happen and all that’s hidden will come out in the open. Those who are behind it, whether you’re a political person in the South-west, or whether you’re from outside the South-west, one day, the true story will come out. That is how we stopped MKO Abiola. That’s how so many people joined forces, including Yorubas, to stop Abiola from becoming the president of this country. By the grace of God, God will liberate us and I know and believe that the right time will come when we will know what to do and what to say.