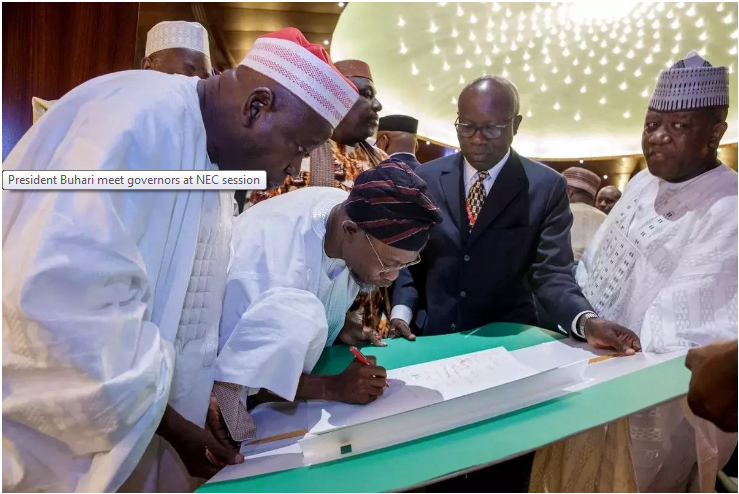 Ekiti state governor; Ayodele Fayose and his Rivers state counterpart, Nyesome Wike were absent at the National Executive Council meeting held in Abuja on Thursday.
President Buhari on met state governors during the NEC meeting at the Presidential Villa, Aso Rock.
Daily Trust reported that President Buhari went round inside the Council Chambers to shake hands with all the governors in attendance.
Journalists were immediately asked to leave after the president exchanged pleasantries with the governors present.
This was the president’s first interaction with the state governors since his return to Nigeria on Friday, March 10 from his medical vacation in London.
He also approved some of the requests of the state chief executives at the meeting.
The NEC meeting headed by Vice President Yemi Osinbajo, was composed of the 36 state governors, the governor of the Central Bank of Nigeria and relevant ministers.
Governor Wike has not visited the Federal Capital Territory (FCT), Abuja in the last four months.
One month ago, the governor said he stopped visiting the nation’s capital due to the ‘excessive prevalence of lies’ in Abuja.