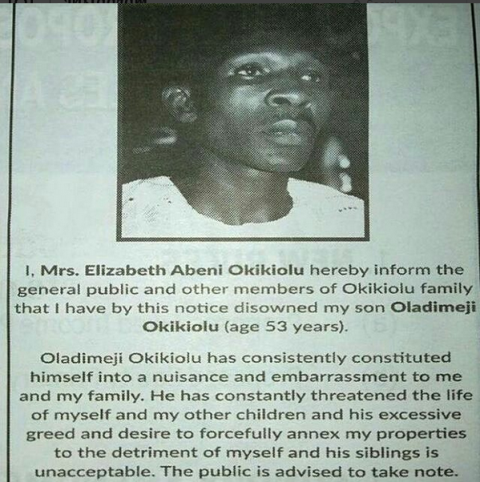 A Nigerian woman, Mrs. Elizabeth Abeni Okikiolu officially disowned her 53-year-old son identified as Oladimeji Okikiolu with an advert on a newspaper.

According to the woman, her son has consistently constituted a nuisance and has been an embarrassment to her and her family in his greed and desire to forcefully seize her properties