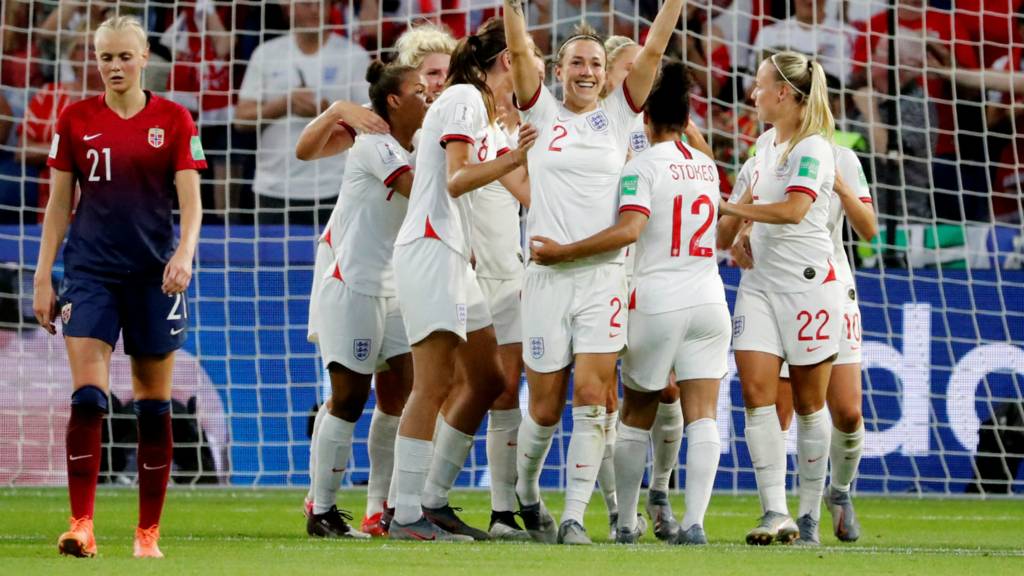 Two slick team moves had given them a deserved 2-0 half-time lead, as Jill Scott and Ellen White found the net from close range either side of White hitting the post.

But that did not dampen England’s jubilant mood at full-time, as they celebrated with sheer joy after moving within one win of their first major final.

White’s tap-in took her goals tally to five for the tournament, putting her joint leader in the race for the Golden Boot alongside the United States’ Alex Morgan and Australia’s Sam Kerr.

Backed by thousands of delighted travelling fans, the Lionesses will now face either France or the US in the semi-finals on Tuesday in Lyon.

The hosts and the holders meet in their highly anticipated last-eight tie on Friday at 20:00 BST.

England’s well-deserved progression also boosted their hopes of representing Great Britain at the 2020 Olympics, with the three best-finishing European teams qualifying for next summer’s Tokyo Games.

‘What COZA Pastor, Biodun Fatoyinbo told me after he raped me’ – Timi Dakolo’s wife explodes