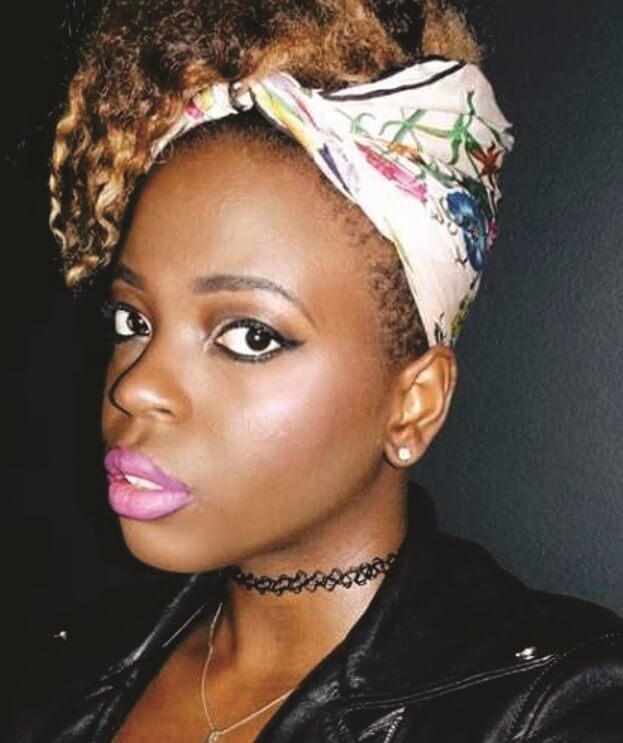 There’s no better way for performers to cut their teeth than by playing to indifferent coffeehouse patrons in New York City. Just ask Bob Dylan. And if you can’t reach him, ask rising star Kah-Lo.

Faridah Demola Seriki, popularly known as Kah-Lo is a daughter of former Minister of Defence and chieftain of the All Progressives Congress (APC) in Lagos State. Her mother is MrsWosilatOkoya-Seriki, the younger sister of Alhaji Abdulrasaq Okoya, Chairman of Eleganza Group. Kah-Lo had her secondary school education at the renowned Vivian Fowler Memorial College for Girls, Ikeja, Lagos. She proceeded to Hofstra University, USA where she studied Journalism and graduated in 2013.

After graduating from Hofstra University in 2013, the Nigerian-born singer toughed it out on the local circuit, playing Long Island City’s Coffeed and other venues in Queens, Brooklyn and Manhattan, and learning some hard lessons along the way. “I noticed that it’s not a good idea to do slow songs,” she tells The Post. “They’re boring for me and people just stare at you!”

Three years ago, Kah-Lo reached out to British producer Riton via Twitter, explaining that she was a fan and suggesting a collaboration. She impressed him with her sultry vocals, and they gradually came up with “Rinse & Repeat,” which emerged in late 2015. The song rapidly became a club smash, particularly in the UK, and racked up more than 27 million Spotify plays in the United States. It got nominated in the Grammys this year was in the running for Best Dance Recording in a field that includes the New York duo, the Chainsmokers to which she lost out to.

Kah-Lodivides her time between New York and Lagos, and it was here, in Nigeria’s commercial capital city, that she heard via social media that “Rinse & Repeat” was up for the prize. “I’m usually really quiet at home, but when I heard, I screamed,” she said. “My mom thought robbers were in the house!” 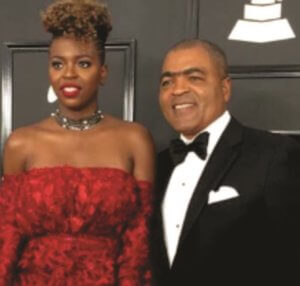 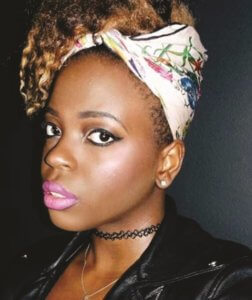 The success turned her into an overnight star in Nigeria, where her Grammy nomination made the front page of a national newspaper. “I was even invited on TV shows, but I refused because I just wasn’t ready for that kind of thing,” she said.

As well as being a huge club hit, ‘Rinse & Repeat’ had been streamed over 26 million times on Spotify and played 6 million times on YouTube less than a month after its release. It also reached number 1 on the Shazam chart and was on the A list of Radio 1, Kiss FM and 6 Music, turning Kah-lo into an instant star.

Thanks in large part to Kah-lo’s adaptable vocals, ‘Rinse & Repeat’ has been remixed by the likes of Preditah, Jammer, and Brodinski&Myd, with top producer Jammer’s remix particularly complimenting Kah-lo’s tone.

Aside from ‘Rinse & Repeat,’ Kah-lo has put out a strong collection of work on her Soundcloud, demonstrating her great musical ability. There is much more to her than the monotone rap she delivers so well; Kah-lo is also a talented singer, arranger and instrumentalist, tipped for big things.

She is set to release her next body of work soon, an album that sees Top Nigerian Act, Davido and Mr. Eazi featured on it.

Now let’s digress off her profile and focus a little more on the track that earned her a Grammy nomination. Kah-Lo had a recent interview in December last year and when asked what her track title “Rinse and Repeat” means and the story behind it, she had this to say. “Yeah, it’s basically Christmas in Lagos, because when we recorded that, I had just come back from Lagos for Christmas.

You know how Christmas in Lagos is, you wake up, you go to your party or your wedding, then you come back really late, and then you wake up and you do the same thing. You rinse and you repeat. Over and over. It’s starting right now (December when the interview was conducted). There’s lots of traffic even, because everybody’s going somewhere.”

As it happens, Kah-Lo is an avid watcher of the Grammy ceremonies, a habit that has inculcated into a tradition. “I try to watch it every year”says Kah-Lo, as one would a once entrenched routine, “I didn’t expect I’d win one so soon” she said then quickly added, “Not win one, be nominated for one.”

One how she got to know about the grammys nomination, Kah-Lo said, “I was in my room, about to go back to bed. People kept tweeting me congratulations and I didn’t know why.

When she finally heard the big news that she had been nominated for the Grammys,Kah-Lo who was in Nigeria at the time revealed that “Spotify had just put up a playlist and they made us the first track on the playlist. I thought it’s like they were telling me congratulations for that and I was like, “Huh?” Then someone cc’d me the actual tweet and then I screamed. My mom thought robbers had come to the house.” What did she do after that? “You can’t go back to bed after that. Yeah, it was crazy because before that I was really tired and I got tweeted some CNN video announcing the nominees, and usually I watch the ceremony but I was so tired.

I said I would just watch it when I wake up, or I’ll just read the lists when I wake up. My mom was the only one who was there at the time, so I told her, but at that time I guess she didn’t really understand what that meant because I was just screaming and she was just like, “What the hell.” She then was like, “Call your dad,” and I couldn’t even call him because my hands were shaking so much. It was unreal, you know?”

Kah-Lo is the daughter of Ademola Rasaq Seriki, a Lagos Island born Nigerian politician, teacher, businessman, accountant and public administrator and a prominent native of Lagos State of Nigeria. He started his career as a clerical officer in the Lagos City Council, City Hall, Lagos in 1978 and had a brief stint at International Bank for West Africa Ltd(IBWA), now Afribank and thereafter proceeded to New York to pursue academic studies in the field of Accounting, Finance & Management. He later became a licensed teacher in Accounting and Business Mathematics with the New York City Board of Education. He has been a grassroots political organizer.In May 2009 the Oba of Lagos HRH Oba RilwanAkiolu conferred on DemolaSeriki the chieftaincy title – the Ottun Aare of Lagos.

Her mother, Mrs. WosilatOkoya-Seriki is the younger sister of industrialist, RasaqAkanniOkoya. She is a top society lady in Lagos who steps out in style. Kah-Lo’s music career has kept her mother off the social scene recently as she now spends more time in the United States of America with her daughter, giving her the right support and motherly advice she needs to make it further to the top in her career.

WOSILAT OKOYA’s Daughter FARIDAH Hits It BIG In Music In The US was last modified: May 1st, 2017 by Daniji Emmanuel

How I Got Into The Real Estate...