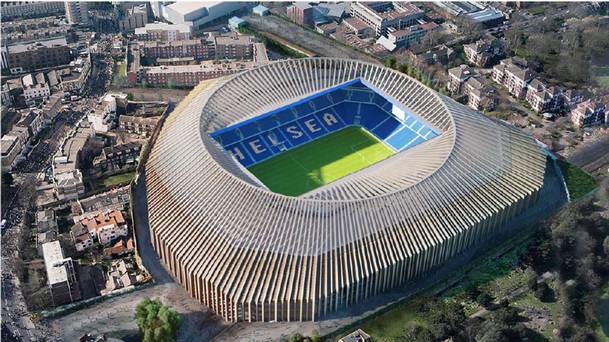 Hammersmith and Fulham Council’s planning committee voted unanimously to approve the proposal for a 60,000-seat stadium at a meeting on Wednesday night, which is a significant step towards the club moving ahead with redevelopment of their home since 1905.

Are the bulldozers about to pull down The Shed End?

No. Chelsea issued a statement following the council’s decision confirming the “decision does not mean that work can begin on site”. There are still plenty more negotiations ahead. Full planning consent is needed, which is aimed to be achieved by working closely with council officers. The detailed design of the stadium has to be finalised, along with logistical plans for the site and the surrounding area. The club are also going to set up a residents’ forum for those people living near-by who may be affected by the planned work. London Mayor Sadiq Khan will also need to approve the project. 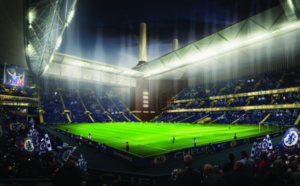 Sounds like a big, and expensive, job. Who will pay for it all?

It will be costly. Chelsea had previously looked at sites including Battersea Power Station for a new stadium, but concluded their ideal venue could be created at Stamford Bridge. The build, though, is set to be complex and involve excavation, with the plan to lower the arena into the ground to achieve the capacity on a 12-acre site. The proximity of underground and overground railway lines are one of the biggest challenges for such a huge project in an area of west London which offers little wiggle room. The estimated £500million cost of the work would be funded by Chelsea owner Roman Abramovich.

Why do Chelsea need to a bigger stadium anyway?

Stamford Bridge’s capacity is 41,663, making it the seventh biggest in the Premier League. Nevertheless, it falls well short of Manchester United’s 76,000-seater Old Trafford, while Arsenal, Manchester City, Sunderland, Liverpool and now London rivals West Ham all boast bigger grounds. Tottenham will also soon have a brand new 61,000-capacity home following the Northumberland Development Project, which will also allow for other events such as NFL matches and concerts. It is not just about getting more people into watch the games, it is also about increasing overall match-day revenue – something which Arsenal have benefited from since leaving Highbury and moving into the Emirates Stadium.

Where could the Blues play while some of the building work is taking place at Stamford Bridge?

It has yet to be confirmed for how long Chelsea would need to play ‘home’ matches at a different venue while redevelopment is completed. Twickenham, which has a capacity of 82,000, has been mooted as a contender for a part-time base and would see football played there for the first time, with the Rugby Football Union having already agreed to the staging of NFL matches. Wembley is also an option, but Spurs are already set to occupy the national stadium for at least the 2017-18 campaign as development on their own new ground is completed. Then again, there is always Craven Cottage.