Home News Yoruba Elders Roll Out 10 Point Agenda, Reveal What Every YORUBA Must Do Now!
News

Yoruba Elders Roll Out 10 Point Agenda, Reveal What Every YORUBA Must Do Now! 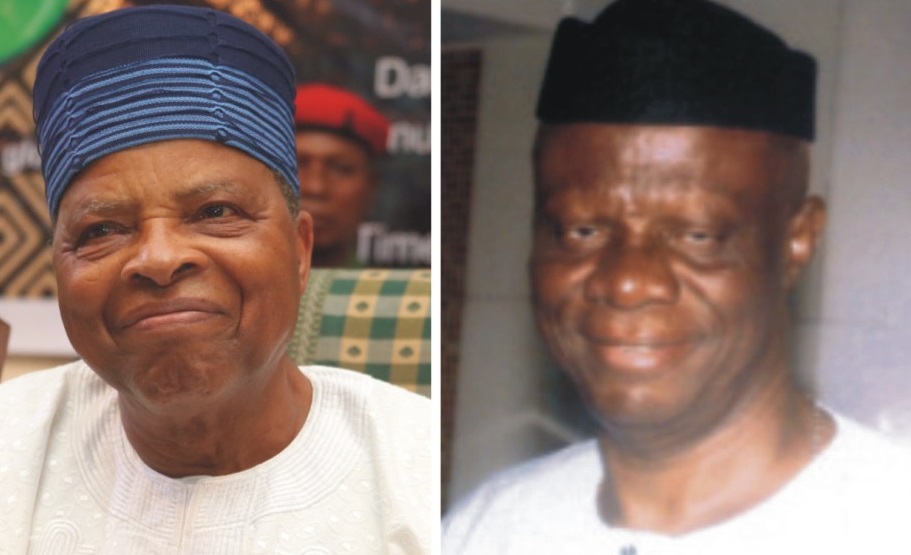 VOR is a body of Yoruba sons and daughters, comprising successful entrepreneurs and eminent professionals across the spectrum of the society. As a body, VOR is not partisan, but it is passionate about the progress and welfare of the nation.

The average age of the scores of membership of the body is above 65 years. In any culture in the world, anyone of that age qualifies to be referred to as an ELDER.

With the events going on in Nigeria at present, members believe, as elders in Yorubaland, it is time it made our voices heard, loud and clear. Last week, members of the VOR issued a 10 point Agenda on how all Yorubas should relate with other ethnic groups henceforth. Below are the 10 point agenda it wants Yorubas to adopt.  It says no one needs to be told of the suffering of the people under the harsh economy and insecurity brought about by a federation hobbled by corruption, insincerity and ineptitude of politicians.

VOR has noted that the aspirations of most Nigerians are not being met resulting in very apparent despondency which, if unchecked, will lead to chaos in the land.

VOR further notes that the dissatisfaction of citizens largely stems from a lack of opportunities for self-development and employment even for those who have taken the step to educate themselves and their children. Many of our qualified citizens are abroad unable to come back and cope with the existing conditions.

Before the whole country becomes convulsed by election fever, the group has resolved to bring the following to the attention of the public as a whole. It is like a 10 point agenda.

The restructuring exercise envisaged and demanded by the Yoruba cannot and should not be carried out through the National Assembly as presently constituted using the current 1999 Nigerian constitution. This is because the current constitution not only does NOT represent the will or wishes of “we the people”, it is a flawed document conceived and hatched under a ‘Northern’ Military Government with fraudulent and unwarranted structural advantages given to Northern Nigeria, and foisted on the rest of us.

Furthermore, we believe that the threshold for amending the present constitution to reflect and effect our legitimate demands is insurmountable for the Southern zones, based on the in-built flawed assumptions in the 1999 constitution.

(2) All Yoruba states are encouraged to carry out genuine census of how many we truly are in Yorubaland, using Lagos State example which uses 23 million people for planning as against 9 million used by the Federal Government in the sharing of revenue and resources.

(3) We sympathize with the people of Middle Belt in the onslaught on their villages by armed herdsmen committing murder and mayhem. In view of the migration of mayhem southward by these rampaging marauders, a proper tab should be kept by our communities on Okada riders and itinerant artisans in our midst to make sure there are no “Sleeper Cells” of terrorists among them, waiting for an opportunity to unleash violence on the populace.

(4) State Assemblies in Yorubaland should make laws against Open Grazing. We believe it is NOT the business of the Federal Government to canvass or arm-twist the state governors for cattle colonies. If need be our people would be encouraged to boycott beef from their diet to drive home the point. If we don’t eat beef, there is no need bringing cattle to our farmlands or doorsteps.

(5) Education was paramount in Yorubaland in the past. It was the basis of the giant strides made by Yoruba at the beginning of this federation when the regions planned and executed their development programs by themselves. With education, our teeming youth population can be converted into human assets that will drive development in our land instead of the mass of unemployable bodies looking for jobs and ready to be recruited for nefarious activities.

As a starting point, all primary and secondary JS classes in Yorubaland must begin the study of Yoruba History and Culture as part of their courses of study in earnest.

This can be accommodated under our present school management system without it being open for JS examination.

Concerted efforts must be made in developing and strengthening the youth.

Youth discontent and despondency must be avoided at all costs. That is why preparing the youth for leadership is dear to VOR.

(7) There should be village/community meetings all over Yorubaland for people’s mobilization, dissemination of Information of Yoruba interest, raising funds, strategizing and promoting Yoruba harmony and integration.

(8) Our elected representatives should be invited to local meetings within their constituencies, not to hail or ask them for favours, but for them to be intimated

with the challenges within the constituencies with a view of finding solutions to such problems.

(9). The laudable DAWN initiative should be strengthened so that there would be more economic integration and improvement in road, rail and waterways links among the states in Yorubaland.

Yoruba Elders Roll Out 10 Point Agenda, Reveal What Every YORUBA Must Do Now! was last modified: January 28th, 2018 by Reporter

With N500 You Can Buy Our Land In IBADAN MICHAEL OYADELE, Head, ADRON Homes IBADAN Branch