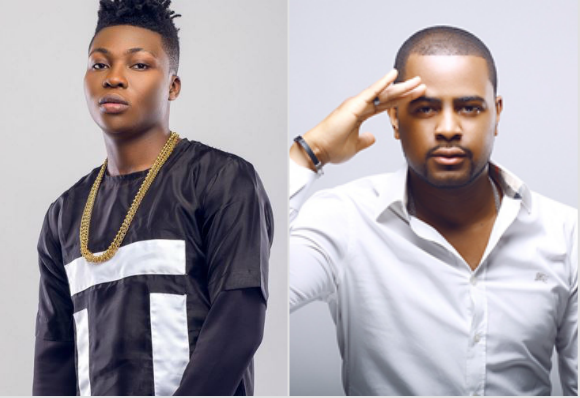 Mavin singer, Reekado Banks has called out superstar Alakija breed DJ Xclusive for wrongfully taking him out of a song he ‘begged’ for.
From what could be decoded, it seems that DJ Xclusive recorded a song with Reekado Banks only to take his part out, while Mr Eazi and Flavour got themselves on his new single “As e dey hot” which many has fingered to be the dust raising track.
In a Tweet the 23-year-old expressed his displeasure adding that the Nigerian-British DJ was Mad disrespectful.. 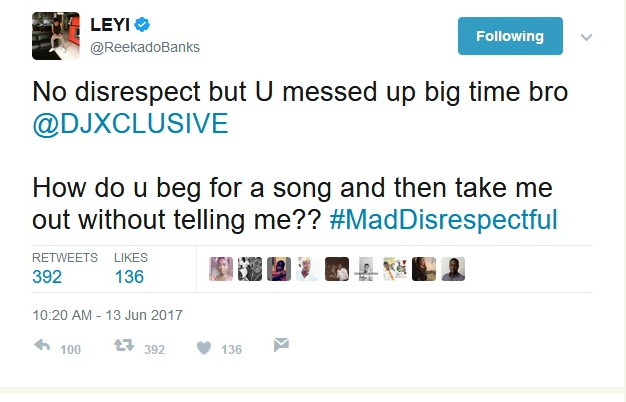 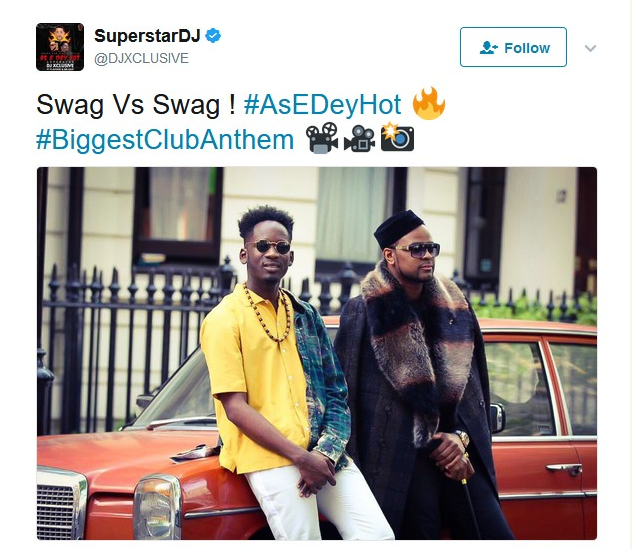 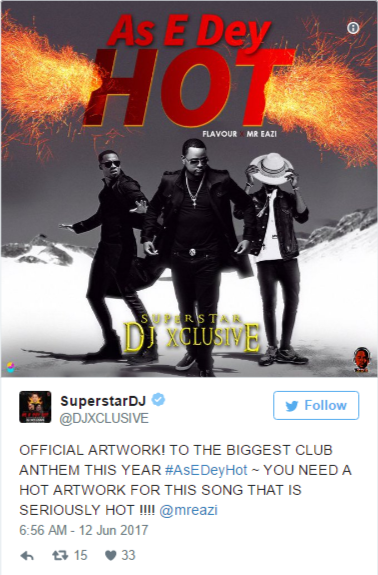