Home Sports Zlatan: I taught Mkhitaryan how to do the scorpion kick!
Sports 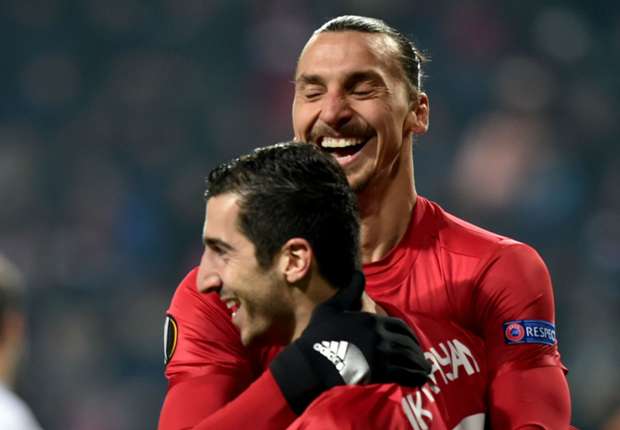 Manchester United striker Zlatan Ibrahimovic has claimed that he showed team-mate Henrikh Mkhitaryan how to perform the scorpion kick goal he scored against Sunderland.

Ibrahimovic’s goalscoring exploits saw him win the Premier League Player of the Month award for December, but Mkhitaryan lifted the Goal of the Month trophy following his acrobatic effort in the Boxing Day clash.

Not content with winning a trophy for himself, the Swedish striker also attempted to take credit for his part in the Armenian’s spectacular strike.

Ibrahimovic, speaking to EASPORTS.com, said “It was an amazing goal. I mean, it’s a goal you cannot describe or even really dream about. You can, but to make it real is much more difficult.

“I’m happy for him because it’s a goal that people will remember forever. I’m also happy because I was involved in it. So I’m happy for him and for the fans, because when the fans get to see a goal like that, it is something amazing – it’s the beauty of the game.”

When asked did he show Mkhitaryan the technique needed to score a goal of such skill, the 35-year-old revealed that the duo had worked on the move in training.

“Yes, we trained a couple of weeks before and I said exactly how to do the movement, as the pass needed to be perfect. So it went well,” Ibrahimovic admitted.

Due to his Player of the Month win, Ibrahimovic also receives a special version of his FIFA 17 Ultimate Team card with improved statistics, which is available to players through special Squad Building Challenges.

‘Rooney was as good as Ronaldo’

Ibrahimovic also revealed that he plays the video game with his family, and is happy to be the highest rated Premier League player in this year’s version.

“I play with my children and they are big fans of the game. We play as different teams and with different players,” he continued.

“I’m happy for the fans that get to play as me. It also means I’m good in the game, so I’m happy!”

Zlatan: I taught Mkhitaryan how to do the scorpion kick! was last modified: January 13th, 2017 by Damilare Salami