﻿DETAILS OF WHAT TO EXPECT AT 2019 OJUDE OBA FESTIVAL 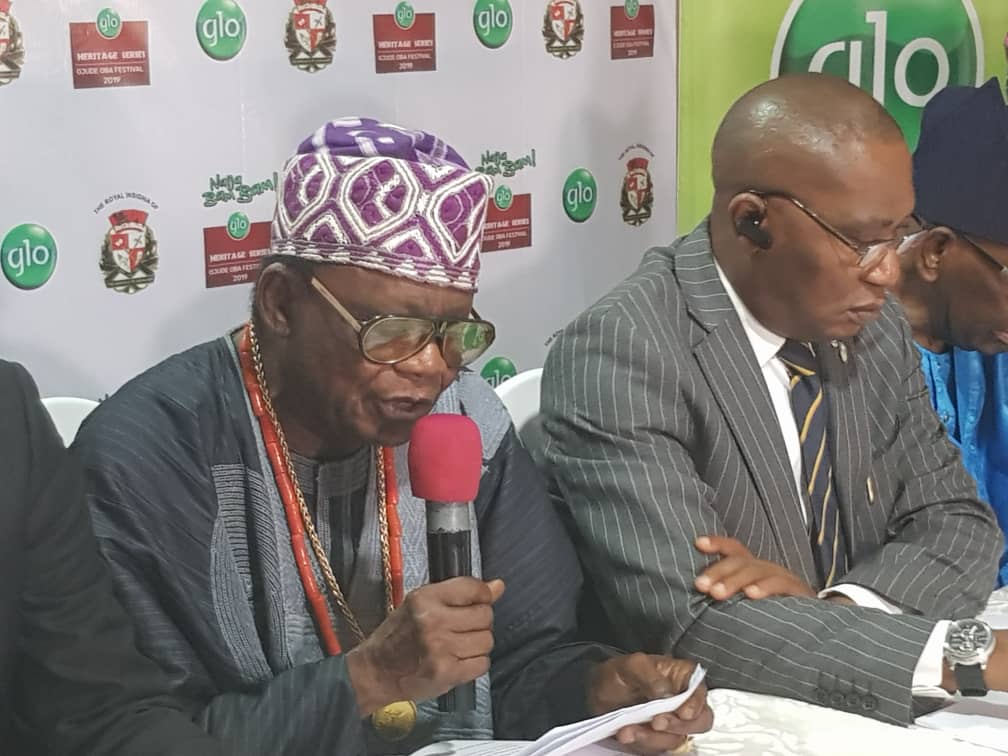 •CHIEF KESSINGTON ADEBUTU WILL BE SPECIAL GUEST OF HONOUR

•GLOBACOM IS MAJOR SPONSOR OF THE EVENT

He began by revealing that the annual Ojude Oba Festival is a very spectacular celebration of the Ijebu and how the festival took its origin in Islam. But it is now being celebrated by all and sundry, that is, Muslims, Christians, Traditionalists, and Non-Believers. “This long-cherished Ijebu tradition has been in existence for about 2 centuries he explained. According to him, “the Ojude Oba festival is a classic example and manifestation of religious tolerance in Ijebuland. History has it that when Islam made an incursion into Ijebuland, the reigning monarch prevailed on his subject to give those professing the new religion the latitude to operate according to the dictates of their conscience. In other words, there should be either war narrator in religious matters. Basking in this clement environment, the emerging Moslem Community after observing the Eid-el-Kabir, which included the exchange of gifts and the slaughtering of the sacrificial rams came out on the third day to pay homage to the reigning monarch and thanked him for his kindness, accommodation and the religious liberty he gave them. As time went by, this tradition metamorphosed into what is now known as Ojude Oba Festival and has been embraced not only by Ijebu at home and in the diaspora, but also by millions of people within and outside Nigeria. The Festival is indeed a gift of the Ijebu nation to Nigeria and the rest of the world is a unique case study of religious tolerance and harmony.

The present Monarch, Alaiyeluwa Oba (Dr.) Sikiru Kayode Adetona, who was crowned on April 2, 1960 has succeeded in making the festival a global brand. The festival is not only all about equestrian display, a parade of culture and tradition, merrymaking and funfair, but it also provides the Ijebu nation the opportunity to supplicate to the Almighty God, take stock of their activities, embark on self-help projects, and reunite with family members and acquaintances. The festival also boosts commerce and trade in its entirety as commercial and trading activities are at their peak before, during and after the festival. The Festival touches every spectrum of life in Ijebuland. All the facilities (hotels, restaurants, etc) artisans, craftsmen, transporters, professionals, market men, and women, among other fully occupied before and during the festival.

The theme chosen for the 2019 edition of the festival after a robust discussion is OJUDE OBA: THE UNIQUENESS OF THE IJEBU NATION. Ojude Oba festival is our cultural heritage that has earned us uniqueness in the country and indeed, the world. We are convinced this unique Ijebu model is worth bequeathing to the country.

Since time immemorial, the Age Grade System was the focus of development and socialisation in Ijebuland. The Age Grade system of Ijebuland has now been rejuvenated and rejigged in the last 3 decades by the reigning monarch, Oba (Dr.) S.K. Adetona, CFR, JP, Ogbagba II, Awujale and paramount ruler of Ijebuland.

The Special Guest of Honour for the 2019 Ojude-Oba Festival is Sir Kessington Adebukunola Adebutu, CON, a consummate business magnate, foremost industrialist, a great philanthropist and distinguished achiever of unblemished honour.

Glo’s extensive optical fibre network, powered by a managed IP MPLS network, covers to farthest parts of the country giving business in over 130 cities low latency, fast connectivity and expanded bandwidth to carry voice, video, and data reliably. This makes Globacom a partner of choice for organisations seeking to connect their branches or link via optical fibre with any organisation within or outside Nigeria.

Globacom has not relented. Some of the most imaginative offerings have been made by the company on the back of its expansive infrastructure. Glo’s extensive fibre network, powered by a managed IP MPLS network, covers the farthest parts of the country, giving businesses in over 130 cities low latency, faster connectivity, and expanded band to carry voice, video and data reliably. This makes Globacom a partner of choice, for organisations seeking to connect their branches or link up via optical fibre with any organisation within or outside Nigeria.

Globacom was also the first to accomplish a nationwide launch of the 4g-lte network in Nigeria in 2016. Recently the company scored another first by introducing the novel concept of creating a dedicated path in its 4glte network for enterprise customers. This aligns with the company’s promise of delivering best-in-class solutions to its corporate clientele to enable them optimise efficiency.

In the same vein, the company is currently embarking on laying Glo 2, the first submarine cable in Nigeria to terminate outside Lagos. This holds significant promise for taking bandwidth beyond Lagos to other parts of the country, especially the Oil platforms and underserved communities in the southern parts of Nigeria.

This Bank of our people is a member of FCMB Group Plc, which is one of the leading financial services’ institution in Nigeria with subsidiaries segments. Having successfully transformed to retail and commercial banking led group, FCMB expects to continue to distinguish itself by delivering exceptional services while enchanting the growth and achievement of personal and business aspirations through the offering of innovative convenient and helpful products and services.

FCMB has been particularly content and committed to the longevity of the Festival, realising that globalization and social transformation, though essential, could also become a threat to the cultural imperialism,  if the culture and traditions of the people are not held sacrosanct. The Bank recognises that respect for our heritage is an important catalyst for cultural diversity and a guarantee for sustainable development.

For FCMB, the Ojude Oba Festival is a major platform through which it carries out its Corporate Social Responsibilities, with a key focus on economic empowerment. The annual display of our unique cultural heritage via the Festival attracts tourists from across the globe and Ijebu indigenes in the Diaspora, boosting trade and the hospitality sector in the region. The event remains a unique platform for locals to promote their wares to a broad range of visitors thus promoting economic growth and stability. FCMB’s 2019 outing would be anchored on the foregoing.

Goldberg Beer is one of the products of the Nigeria Breweries Plc. Goldberg beer is making its 6th appearance as an associate sponsor and the company hopes its partnership would continue to be enduring and mutually beneficial. We have been authoritatively informed that the company will be putting together, as usual, a Goldberg Beer Village in Ijebu-Ode, a week before the festival.