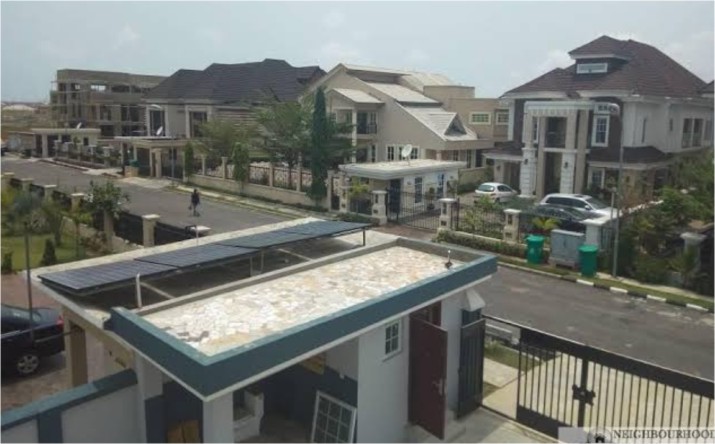 Lagos is regarded as the hub of real estate business in Nigeria. The majority of activities happening in the sector are in Lagos. There are few places in Lagos where properties, especially land are on the high side in terms of patronage.

Lagos which means Lakes is one of the 36 states in Nigeria. Though with the smallest landmass of 1,171.28 km.sq, Lagos is the most populous city in Nigeria with a population estimate of 22 million. Popularly known as Eko City, Lagos remained the commercial capital of Nigeria after the Administrative capital was moved to Abuja in 1991. Why invest in Lagos Real estate…

Population no doubt is a major growth driver for the real estate sector, Lagos is the smallest but most populous state in Nigeria. Lagos has grown from just 1.4 million inhabitants in 1970 to approximately 22 million as of today. Lagos has a population density of about 5000 persons/Sq.km making it one of the most densely populated cities in Africa. It has been estimated that about 86 persons migrate to Lagos every hour, that is more than 2000 persons every day and close to a million persons every year. This is obviously a big advantage for the real estate business.

ECONOMIC AND INDUSTRIAL HUB OF NIGERIA

Lagos is the richest state in Nigeria with a GDP of about US$33.67 billion accounting 25% of Nigeria’s total GDP. It is the 5th largest economy in Africa and home to over 2000 manufacturing companies, 200 financial institutions and has the largest clusters of small and medium scale enterprises in Africa. Lagos consumes more than 50% of the country’s energy, accounts for over 90% of Nigeria’s foreign trade flow and 80% of all Nigerian imports are handled by Lagos ports.

Market research shows that Lagos State has the highest property values and the most vibrant real estate market in Nigeria.

Lagos vibrant economy has led to a growing middle-class population with money to spend on luxuries and decent accommodation. The middle segment of the housing market remained robust despite the economic headwinds experienced by every other sector of the Nigerian economy and this has been attributed to strong demand from the middle class. Prices in the Lekki axis which is largely middle-class neighborhood grew an average of 2.8 percent when other segments of the real estate sector declined countrywide. Lagos has the largest share of working population in Africa; over 15.2 million of the estimated 22 million residents are within the 15 – 64 years age bracket.

With a 16 percent urbanization rate, Lagos is one of the fastest-growing megacities in the world. Lagos has attained the megacity status, that means that the ‘bush’ you are buying today will become ‘city’ faster than you imagine.

Lagos is a dream destination for real estate investments because of the high rate of returns on investments. The Market Analysis for Lagos State shows one of the highest property values in Nigeria. The Lagos property market especially the mid-market segments remained buoyant when property prices in states across the country took a haircut from the recent economic recession. A piece of land that was purchased around 2006 in Lekki for 5 million was sold for 40 million naira nine years later, that is a seven-fold (700%) increase and it is not an isolated case.

Lagos has the most stable political environment when compared to other states in Nigeria. Since the return of democracy in 1999 Lagos has been under the control of the same political party and this ensures a continuum in governance, this is good for the real estate market because projects and developments are implemented according to the masterplan. It also means that important projects that drive growth are not sacrificed on the altar of politics.

Rising property and rental prices are a reflection of the huge supply-demand gap of affordable housing in Lagos. There are more renters than owners in Lagos property market due to the high cost of homeownership coupled with a very underdeveloped mortgage market. The mortgage market is very small and unaffordable with rates ranging from 16 – 30% and tenors between 1 – 15 years. Study shows that over 75% of property seekers are looking for rental accommodation. Some of the factors that we also need to mention that influence Lagos real estate include: The Dangote refinery which would be of advantage to many investors coming. Another valid point is the advantage of Seaview in most of the estates in Lagos. The likes of Banana Island estate, Atlantic city attract more investors because of this factor.

The most attractive factor now is the new policy of the government of the state. The allocation of land. Once you buy a land in Lagos State now, it must be allocated and that would authenticate your land. It used to be excision during the Ambode government but its now allocation. Once you pay for the allocation, and you are allocated, you are guaranteed the owner of the property in question.

10 Reasons You Should Invest In LAGOS Real Estate was last modified: June 7th, 2021 by Isaac Abimbade

How To Conduct Due Diligence Before Buying...

LSDPC’s  Achievements Since The 70’s Till Now...