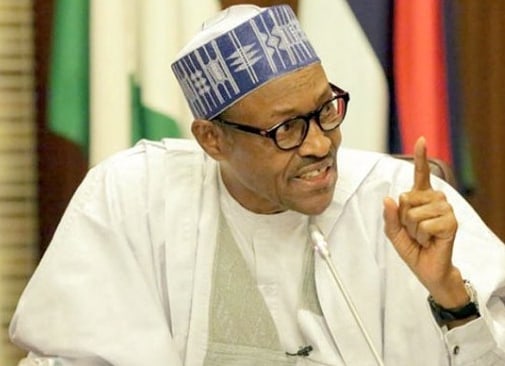 It is now the 19th year of return to democracy and the 3rd Anniversary of the President Muhammadu Buhari’s administration today.

The President, in a national broadcast, highlighted his achievements and plans for the next year.

Below are the talking points of his national broadcast:

1. Buhari said his administration came at a time that Nigerians needed Change, adding that “the Change we promised and the Change we continue to deliver.”

3. He said the capacity of the Boko Haram insurgents had been degraded by his government, leading to the re-establishment of authority of government and the release of captives including, 106 Chibok and 104 Dapchi girls, and over 16,000 other persons held by the Boko Haram.

4. Buhari said Efforts were in process for resettlement of IDPs in their home communities by providing schools, hospitals, clinics, water and sanitation to facilitate a quick return to economic activities.

5. Again, he said incidences of kidnappings, herdsmen and farmers clashes in several communities which have led to high number of fatalities and loss of properties across the country was being addressed and the identified culprits and their sponsors will be made to face the full wrath of the law.

6. He commended members of the Multinational Joint Task Force drawn from Niger, Benin, Chad, Cameroon and Nigeria in collaboration with the International Community who are assisting in the fight against insurgency in the North East as well as members of Nigeria’s security agencies that have continued to provide security for lives and properties across the country.

7. He said his administration was pained over the grievous loss of lives and properties occasioned by the carnage of insurgency and other forms of criminality in the country, assuring Nigerians that he will not rest until all criminal elements and their sponsors are brought to justice.

8. Speaking about the South-South in particular, Buhari said his government was committed to implementing the comprehensive peace, security and development plan for the Niger Delta Region.

9. While noting that Nigerians and the international community have begun to applaud his policies and determination to fight corruption, he appealed to Nigerians to continue to support his governent in this fight.

10. On the economy, Buhari said his administration had focused on revamping the ailing economy it inherited in 2015, adding that policies introduced have helped to cut down rice importation from other countries by 90% which has a direct impact on foreign reserves.

11. Under the Government Enterprise Empowerment Programme – About 264,269 loans had been disbursed to 4,822 societies in the 36 States and FCT, while another 370,635 are awaiting release of funds, according to the President.
12. He said in the area of power generation, Nigerians from all parts of the country continue to report better power supply and less use of generators. This underscores the effectiveness of the methodical plan to deliver incremental and uninterrupted power supply to our homes, markets, offices and factories. He said the country achieved 5, 222.3 MW representing the highest peak of power generated onto the national grid and delivered to customers in December, 2017.

13. He mentioned the immeasurable contributions of the Nigerian woman to national development and advancement of democracy, over the last three years.

14. Buhari pleaded with Nigerians to avoid hatred and intolerance, adding that “we can only achieve our objectives in an atmosphere of harmony and peaceful co-existence.”

15. He called for utmost sense of fairness, justice and peaceful co-existence ahead of the 2019 general election in order to have a hitch free elections as well as credible and violence free process.

16. Buhari said in few days to come, he will be joined by many promising young Nigerians to sign into law the “Not Too Young to Run” Bill.

The best Ukrainian coach of all time