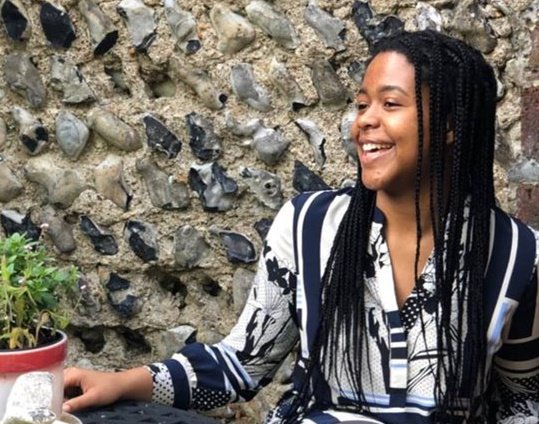 A 17-year-old Nigerian student, Nnemdi Ozoemena, has emerged the runner-up in the senior category of the 2019 Queen’s Commonwealth Essay Competition.

The country director of the Royal Commonwealth Society (RCS) in Nigeria, Blackson Bayewumi, disclosed this on Wednesday in a press statement.

He said Ozoemena closely followed Beached Wang, a 15-year-old Canadian in the senior category, which was set aside for people between the ages of 14 years and 18 years, while Veronica Shen, 13, from Singapore emerged winner in the junior category.

According to him, notable authors from around the world would be made to read excerpts from the winning pieces at the ceremony as part of a week of cultural and educational activities in London, United Kingdom.

“Ozoemena emerged runner-up courtesy of her literary piece chosen from more than 11,000 entries from across the five regions of the Commonwealth,” Ozoemena said.

“She wrote the tale of two young people struggling with issues in their society and do not feel truly appreciated for whom they are told through direct messages on Twitter. From different countries, backgrounds they find common ground and become friends.

“The One Final Panel Judge described the piece as ‘shop window of how youth are speaking to each other today’. Ozoemena will be invited to attend an Awards Ceremony at Buckingham Palace where the Duchess of Cornwall will present them with their certificates on behalf of Her Majesty the Queen.”

The director said the 2019 competition titled ‘Connected Commonwealth’ had required applications on how the contestants could use cultural, technological, and environmental connections for positive change across the Commonwealth.

According to Bayewumi, topics for the competition provided room for young people to write on ways that Commonwealth potentials could be used to strengthen the vast and varied links between citizens.

“It is important to conclude that Nigerian young people have the competence, capacities, capabilities, and intelligence to compete globally and excel if given the opportunity and the right environment,” he added.

“While few Nigerian youths indulge themselves in crime, there are millions of others making the nation proud in academics, sports, science and technology, entertainment, and other dignifying human endeavours,” he said.

The competition is the oldest international schools’ writing competition organized by the RCS.

It was founded in 1868 as a network of individuals and organizations to improve the prospects of Commonwealth citizens across the world.