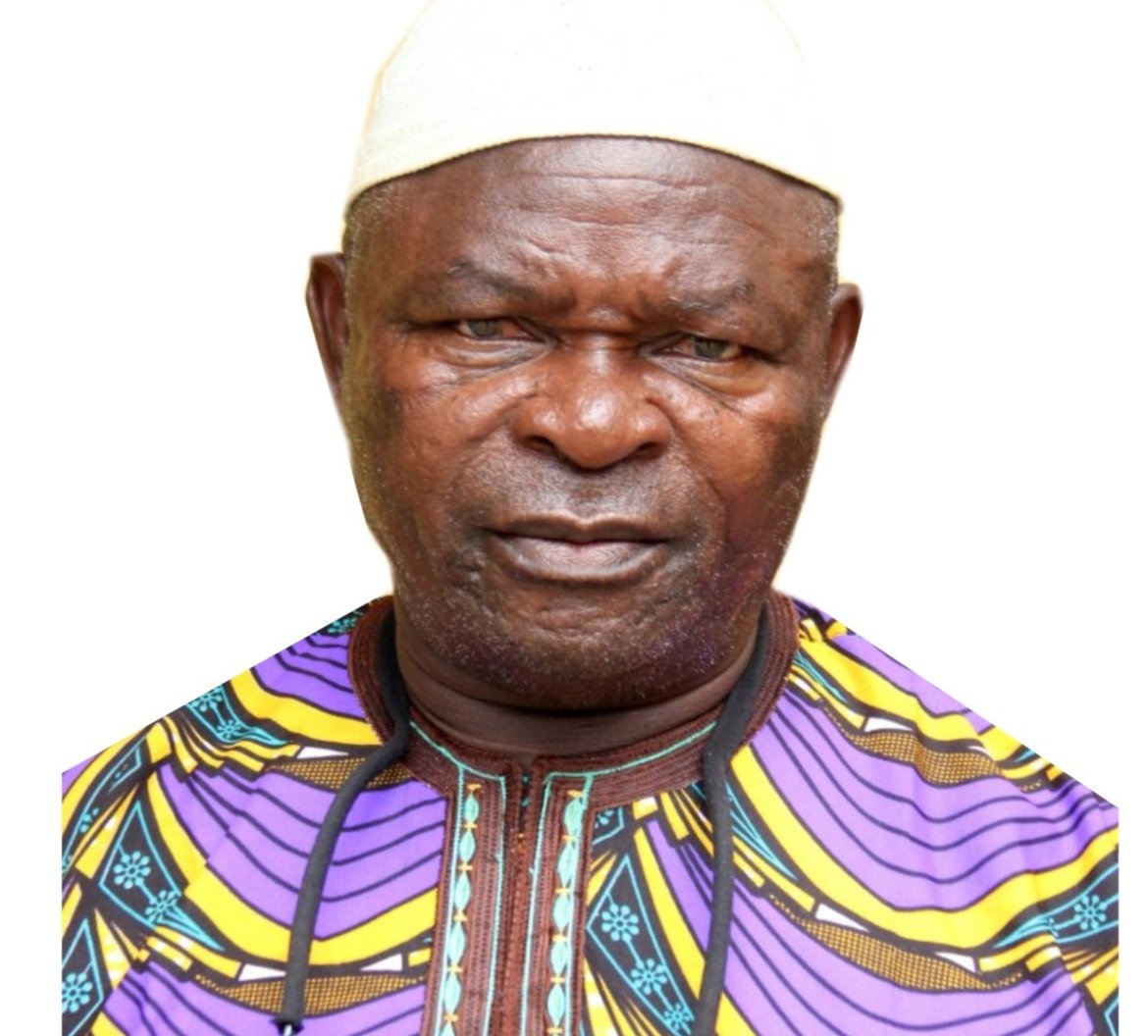 Ogba has become a house hold name in Lagos. “Ogba” as the name implies means Home. Little wonder why the main inhabitants of the land are the Niger-Congo and Afro-Asiatic lingual settlements. Among the Niger-Congo speaking people in the land the most widely spoken is of the “Kwa” family which includes: Yoruba, Edo, Igbo, Ibibio, Igala, Idoma and Nupe. While the Afro-Asiatic family is highly represented by the Hausa’s and Fulani’s present in the land. To many, the Ogba community is not just another major town in Lagos but rather the hall mark of industrialization, tourism, and the home of orderliness of Lagos. You don’t need to be told about Ogba when you get there you will know.

In a recent interview with a descendant of the first settlers in Ogba, the Akiole Family, City People’s Production Manager,  WAHAB BASHIR, with reporters DANIJI EMMANUEL and DAMILARE SALAMI had a Round Table discussion with Chief Isiaka Lamina Akiti-Akiole at the City People Headquarter in Gbagada, where he spoke about the history of Ogba, how it was formed, the various people who came to settle on the land and the challenges been faced by the family from oppositions who are either trying to rule over the land or selling portions of it. It’s an interesting read, enjoy.

My name is Chief Isiaka Lamina Akiti-Akiole. I am currently in the position of the Head of the family and this is because our father is very old, he is weak and can’t leave the house, so I am the representative as the Family head.
Tell us about your family

The story of the Akiole and the Osehu is thus. They are brothers who hail from Ile Ife from the family of Abewela the 1st from the Lafogido clan. They migrated from Ile Ife looking for where they would settle down permanently and have their own land. They stopped at various towns before they finally settled at “Ogba”. They first stopped at a place called the “Ilabukun compound” in Ota town.

They settled in Ota with the 2 slaves that they bought on their journey. The slaves are Orolu and Olemi. It was Orolu that Baba Akiole changed his name to Owoeni, meaning something I bought with my money. Olemi, the second slave gave birth to Dada Okin while Owoeni gave birth to Asade. Asade’s real name is Ajebowale.

So, Akiole left Ilabukun Compound leaving Osehu behind to search for a more convenient land to settle down. He finally got to Akejuigbo and settled down there. After staying for a while, he sent for his elder brother, Osehu to come and settle with him at the land. Akejuigbo was later renamed to”Ogba”, reason been that the area was fenced round with bamboo and sticks. Both brothers and their slaves settled at the land and expanded it over time. The land today comprises of Agidingbi, Adekunle, Alausa, part of Shangisha and so on.

After some time, a man from the North came to Akiole to beg for a portion of the land where he could settle down and farm. This man was called Mallam Audu. Some of his descendants are still alive in Alausa. That was how the name Alausa came into play. Another northerner came too, named Mallam Ali and he was given a portion close to Mallam Audu’s. More and more people came to settle down too. Some came from a town called Ikole, they were the Bashoruns, and he was an herbalist. The Jogunosimis, the Odewales and more also came to settle down in Ogba.

Alausa, from the name, you would depict means Hausa Village. Today, it is a mix of different tribes from different lands. Ajenifuja, before his death came to our family house in Olusosun to beg our fore fathers that he wanted to be the Baale of Alausa and he was allowed to be the Baale. But after his death, some people tried to rule as king of the land and we opposed them.

When they saw that we were on their case, they went to the Tribunal. Just before Ajenifuja died, we were very close because he was from the same place as my mother. My mother’s maternal grandfather was from Ikole, and the Bashoruns were also from Ikole. So I was close to Ajenifuja.

I went to him one day and inquired why he was calling Alausa as Ala-Usa and he denied it. When I insisted that we heard it on radio, he said it was Iyaloja. When we went to the tribunal, we noticed that he prepared a memorandum claiming that he brought a crown to the land. We pushed further and exposed all the lies he has been spreading.

When we got to the tribunal, we had proof as we tendered our files which show that we are the first settlers and true son of the soil; that the land belongs to the Akioles. We won the case and they were told that they couldn’t become king or earn any title from the land.

I am well known in the land as I schooled there in St. Peters before going to Ogudu to continue my education.

Asides the tribunal, what has been the involvement of the State government?
We haven’t made a move to the state government. We want to settle what’s on ground before we set out in full.

So who is going to be King of the area?
The family has designated the duty to me. They have chosen me to become King.

After the judgment from the tribunal, have the opposition been pushing to fight back?
All their moves have ended as failures because the truth is in the open. The Jogunosimi’s are the ones who claiming that they would continue to be the Baale of the area. They even created 3 ruling houses. So when I went to the tribunal, based on the account stated in the files, the court passed a judgement that we were even nice enough to have allowed them rule in the first place and we decided that we want to take over the ruling to our family and we stand as the only ruling house.

With the new development, how many ruling houses would exist?
Just one and that would be us.

What would the ruling house be called?
Akiole-Osehu Ruling House

What would be the title of the King?

The king would be titled Adogbodo 1, Oba Akiole. I have been asked at the secretariat if it would be Alausa of Alausa but I checked the history of Alausa and saw that it is Adogbodo. It’s in the intelligent report.

Is there any more information that you would love to add to this brief history of the Akioles?

Well, even the state government of Lagos knows that we own the land. In regards to Marwa Garden, they paid us when they saw our documents. Even the Secretariat as a whole, we were paid for that. They haven’t paid the money fully. Even where Shoprite is located, it is our land.

What positions do you want to be taken now?

What we want is that the government should give us, the Akiole’s our rights. All the outstanding payments that they owe us, they should pay it at once because they know these lands belong to us. A whole CBD falls on our land. The case of Agidingbi is still in the Supreme Court.

This is because some people are stealing our lands and selling them under the disguise of the name of the government. The Vice President, Yemi Osinbajo came to court because of this person and noticed that we are the rightful owner of the lands. He invited us to his house, thinking he wanted to settle scores with us, but instead, he brought out a large map of Nigeria and started beating around the bush.

He took us to court multiple times but we defeated him. So we want the government to swing into action and help us get our land and rights back because this particular man has been robbing us of our right.

Who is this man?
I don’t want to mention his name. He is a man who has been in power before and I am just trying to cover his name. This man is in his 90s, he is an elderly person. He has lied in different courts that people already know he is a liar.