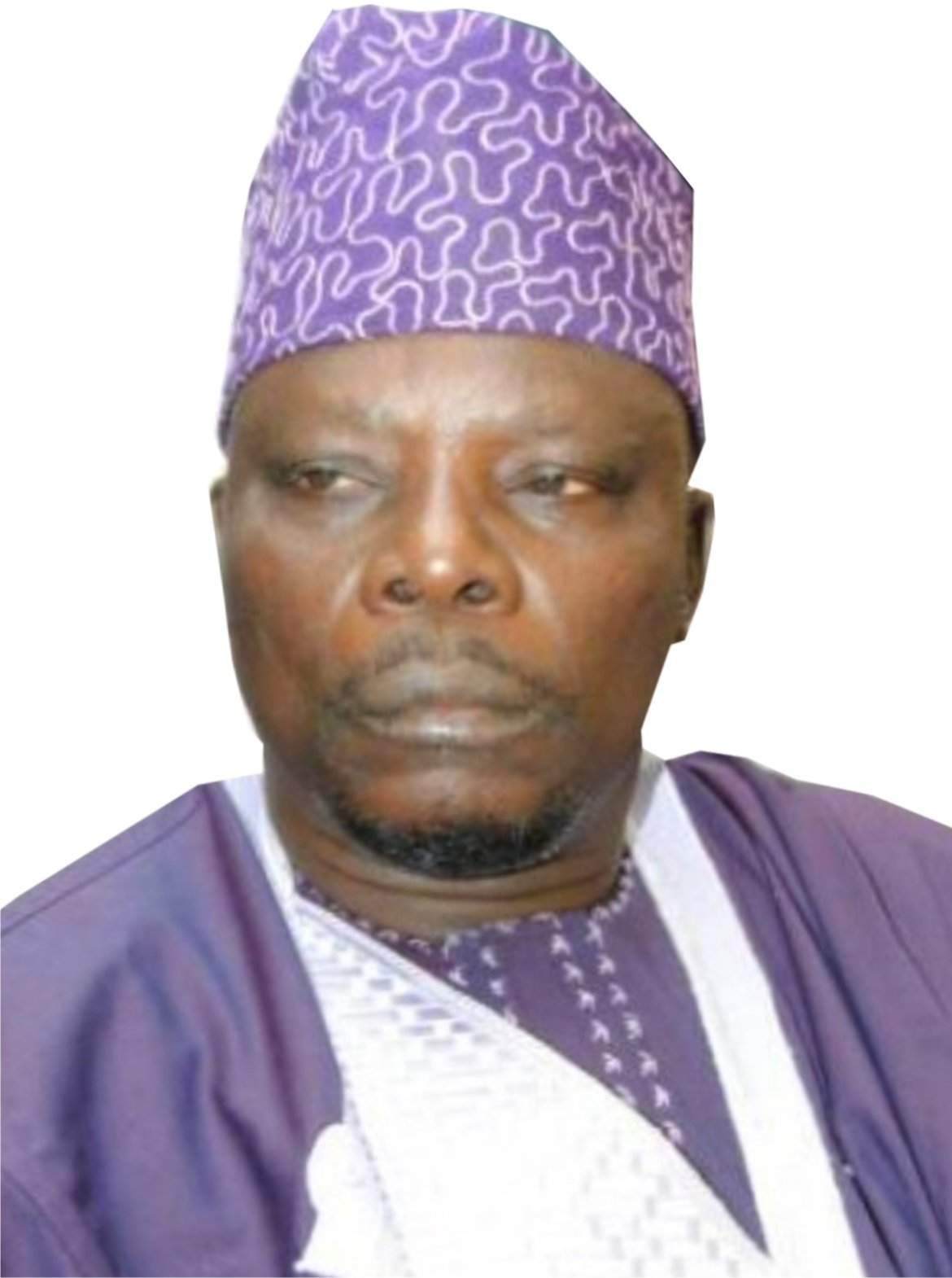 Tuesday 19th December 2017, marked two years that prominent Ibadan businessman, Alhaji Dawud Akinola (De-Damak) was turbaned as the Aare Musulumi of Yorubaland, Edo and Delta states. Akinola’s installation came after one and half year that his predecessor, Alhaji Abdulazees Arisekola Alao died. Arisekola died on Wednesday June 18, 2014. In celebrating the 2 year anniversary, Alhaji Akinola carried out lots of activities, which include a visit to Agodi Prison, Ibadan, where he interacted with the prison authorities and inmates. In the course of this visit, 5 inmates with minor civil cases gained their freedom after their fines were duly paid. He expended about half a million naira was expended. A long-abandoned borehole of the prison was also resuscitated. Many people were empowered. As Aare Musulumi, De-Damak has touched many lives positivel. Several cars have been bought for Muslim leader and many buses for different Muslim groups. All these are what Alhaji Akinola has been dealing with since last two years he came on board; seeing to unity and welfare of different Muslim groups under his jurisdiction and beyond. Yes, noting less is expected of Aare Musulumi of Yorubaland, Edo and Delta States. Apart from the fact that, Akinola’s predecessor, Arisekola has raised the standard of the office before his death, ordinarily, the office comes with a huge responsibility. Anybody bestowed with such honour must be above board in all ramifications; he must ready to sacrifice. Must be somebody with a larger heart, who will see not only to the unity of his people, but also their well-being across communities and states. All that are the reasons the highly revered position must be occupied by somebody with some outstanding qualities and well-wither to carry out some of these demanding responsibilities. And this is exactly the position De-Damak has find himself and he has not disappoint in carrying out these assignments as his office requires, despite the fact that he was coming from a different background as a renowned businessman. No wonder the executive governor of Oyo State, Senator Abiola Ajimobi, in his remarks during Akinola’s installation as Aare Musulumi in 2015, pitied De-Damak for the challenges ahead. “Anytime I look at the man to be turbaned today, I pity him because he would have to devote all he has to justify his new leadership status,” Ajimobi said.

Since he became the Aare Musulumi, De-Damak’s house turned to a small mecca of sort; visitors from different parts of the world besiege the house on a daily basis. That is why it is very difficult tracking Alhaji Dawud Makanjuola Akinola down for an interview. Last week, after several attempts, City People’s Correspondent, DARE ADENIRAN caught up with the Aare Musulumi of Yorubaland for a few minutes. During which he spoke extensively on his experience as Aare Musulumi. The many challenges attached to the office, his plans and many other interesting issues. The interview took place at his Ikolaba GRA mansion, after hours of waiting, because the  interview appointment also coincided with his meeting with a religion leader from Saudi Arabia. It was short but a very interesting session with De-Damak as he is fondly called. Enjoy the excerpts.

Did your confirmation as the Aare Musulumi of Yorubaland, Edo and Delta States come as a surprise to you?

I will rather say the appointment was the design of Almighty Allah. This is because I was never a religious title holder in Ibadanland, Oyo State, not to talk of Yorubaland. Though I was a religiou tittle holder in Oriade and Obokun. But as you the position of Aare Musulumi of Yorubaland is not by promotion, otherwise, I would have loved my brothers and father’s who have been appointed as tittle holders in Yorubaland to have been so promoted. Like I have said earlier on, my appointment was through the spiritual inclination of the League of Imams and Alfas. I made frantic efforts to reject the position, but since it was the decreed by Almighty Allah (SWT) I had no choice, Alhmadulillahi.

So How would you describe your experience in the last two years?

It is been wonderful and at the same time challenging. The initial challenge I faced on my appointment was borne out of the fact that I had no tutelage to have been promoted as Aare Musulumi and to have known how to administer the office. I knew ab-initio that the office demands a lot of sacrifice spiritually, socially and above all, financially.

My predecessor had already made the office so conspicuous such that the populace believed Aare should always be ready to dish out money, not minding his source of income and economic profile. However, I thank Almighty Allah and all kind spirited people who have given me their support since I was appointed and turnbaned. I thank them individually and collectively. The Robittah to whom I am highly indebted have appointed me to serve Allah. Definitely I believe you serve Allah by taking care of the less privileged and in line with the 5 pillars of Islam. And that is exactly what we have been doing in the past two years. We pray that Allah will give us more grace to even do more.

How do you now juggle between all these challenges and at the same time run your business, without one not disturbing another?

That is the greater part of all the challenges, how to combine the demand of the office of Aare with my business, which I could not abandon for obvious reasons. Our house, immediately after turbanning, spontaneously turned to a public place, even much more than government secretariat; no protocols as everybody would at one point or the other want to see Aare personally, Muslims, Christians, traditionalists, non-govermental organisations, community based organisations, traders organisations etc. You know what that means? Al-hamdulillahi. Two of my children who have already been working with me in my office were up to the task, while the general staff have been giving their un-alloyed support. I had no choice but to adjust, more so when we  were hosting guests in hundreds every blessed day. In fact, I then realised the level of poverty in the country.

Tell us about some of your achievements so far?

Glory be to Almighty Allah for the journey so far. To start with, I must appreciate all the executive governors of the states in Yorubaland, through my amiable governor, my brother and the Aare of Ibadanland, Senator Abiola Ajimobi. For their contributions during and after my turbanning as Aare Musulumi of Yorubaland, two years ago. May Allah reward them eternally.

The Aare Musulumi-in-Council Is saddled with the responsibility of day-to-day running of the office of Aare Musulumi. With this, we have been able to record modest achievements in two years without support whatsoever from any quarters whether Local, National or International.

By the grace of Almighty Allah (SWT), we have been able to touch lives of groups, organisations and individuals within the last two years and within the limit of any perusal resorces. As you are probably ware, I am not the type that will want to blow his trumpet. Islam teaches that whatever you do to help humanity should be between you and Almighty Allah. But I know as much as possible, Allah has helped us to help others.

Again, as part of our social welfare package, I, with my team of Aare Musulumi-in-Council visited Agodi Prison on Thursday 21st December, 2017, to mark my two years in office. We seized the opportunity to interact with the Prison’s authority led by Deputy Controller, Mr. Olufemi Oguyadi and the inmates. Where enough food and drinks were provided for the merriment. Five of the inmates with minor civil cases were also lucky to be released after I paid about five hundred thousand naira, being fines due to the five of them. Similarly, I have engaged two lawyers who will handle minor cases in an event where the suspects are financially incapacitated. Furthermore, the moribund borehole at the prison was immediately resuscitated, with minor repairs and provision of pumping machine, while a powerful power generating set will be provided in no distant time.

We have also been able to break the yolk of discord that has been in existent for many years now among Muslim Ummah. In our pursuit at unifying Muslim Ummah in Yorubaland and beyond, we collaborated with the new Baba Adinni of Yorubaland to organise a conference for the League of Imams and Lafas in Yorubaland, Edo and Delta states; first of its kind since Rabittah was founded fifty four years ago. The program brought together over one thousand Muslim Ummah who stayed together for three days, to brainstorm on the unity amongst Muslims and our relationship with other believers, and government in particular. With this development, registration of all Muslim Ummahs in Yorubaland, Edo and Delta states is in progress while the meeting of registered Imams, Alfas will be hosted by me, the Aare Musulumi of Yorubaland, in Ibadan, in the first week of March this year, Insha Allah.

What are your plans to achieve even more than you have recorded in the last two years?

I have spent two years in office as the Aare Musulumi of Yorubaland, Edo and Delta States. The two years have been dedicated to assisting humanity irrespective of religion, tribe, race or colour. Though I beleieve this gesture should continue; there is the dire need for me to embark on projects that will have direct impact on our youths. Therefore want to start with the establishment of School of Science and Vocational Studies in a location that will be easily accessible to all the states in Yorubaland very soon. A Management Committee will be set up to midwife the establishment and running of the school. Another very important area of concern is health. As time goes on, I would want to collaborate with the South-West Geo-Political Zones Edo, and Dealta States on Child/Maternal Health so as to reduce Child/Mortality rate across these states.

Why I Left Redeemed Church 11 Yrs Ago To Start Mine – Popular IBADAN Pastor, FRANCIS MADOJEMU

2019 Election: Clergy Man Cautions Politicians Against ‘Do or Die’ Politics

HOW TO VOTE ON FIRSTBANK-SPONSORED THE VOICE...