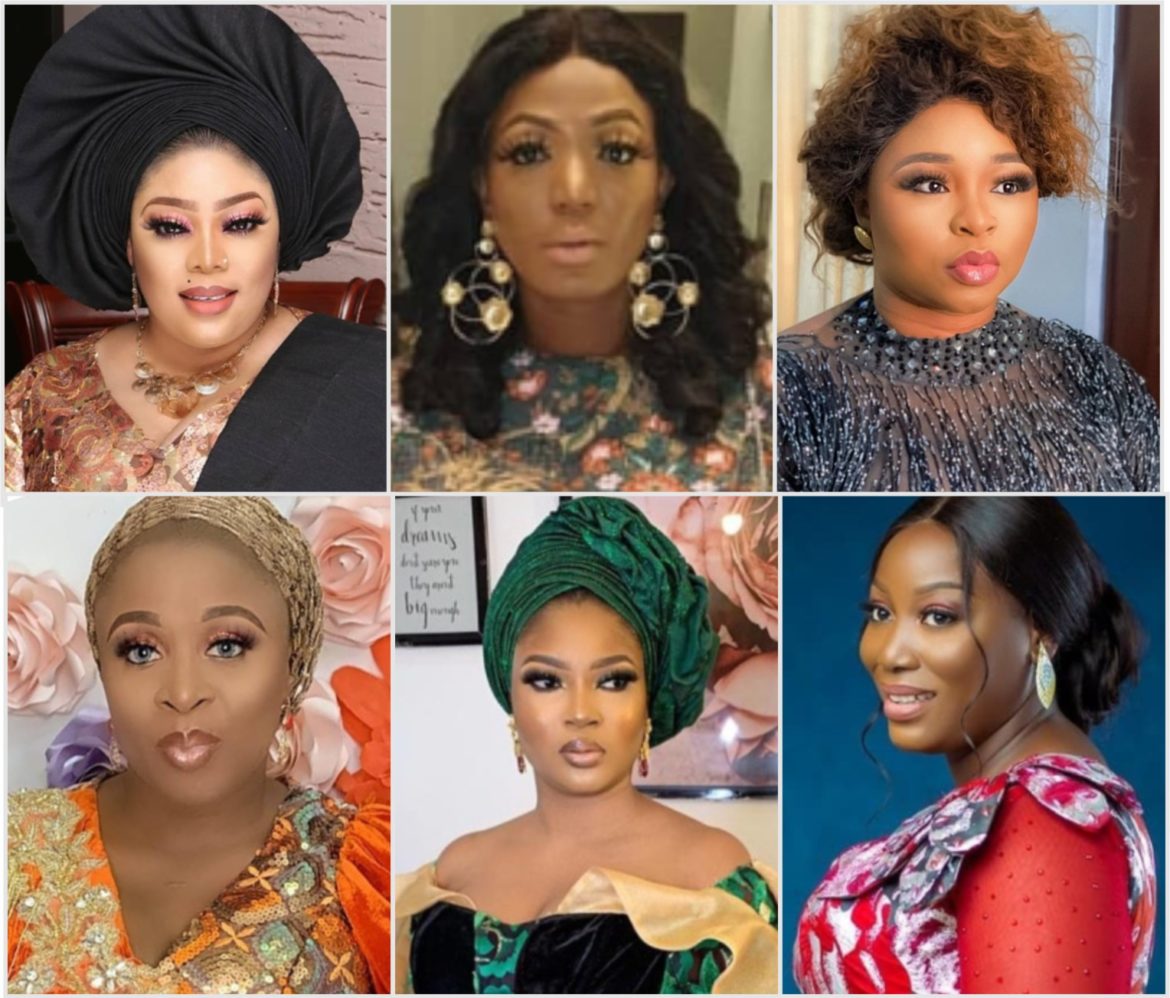 As the world continues to battle the pandemic, COVID 19, Nigeria is not left out as many sub-sectors of the economy have been adjusting to the dictates of preventing lives by maintaining all the basic hygienic practices, washing of hands and most importantly, social distancing. The event sector has also been adversely affected especially in Lagos where over 20 parties can take place in a weekend. In a bid to curtail the widespread of the virus, many big parties which were supposed to have taken place in this period especially Easter period have been postponed while some were cancelled.

The COVID-19 lockdown has prevented many to gather in thousands to celebrate with one another. In fact, there has been a lot of preparations made as regards the cancelled parties and events, while the purchase of Aso Ebi can’t be quantified as many have already bought their different Aso Ebi packages.

In Nigeria, the social sector is one of the sub-sectors that are booming greatly and it has suffered a major setback in the last few weeks COVID-19 broke out. As much as many people love to party and tour around the world. They have since cancelled all major appearances both out of and within the country. Many events have been slated to hold both home and abroad, especially the destination parties where many celebrities have already purchased their flight tickets have also been cancelled. This turn of events has forced many people not to travel thereby making most celebrators cancel their events. It was earlier reported that the former President, Olusegun Obasanjo lamented over how Coronavirus affected his 83rd birthday which was scheduled to hold with many activities where world leaders were supposed to attend. It was a very big blow for the former president as all activities were halted and only a few were carried out.

Also affected by this scourge was the APC national leader, Asiwaju Tinubu’s birthday colloquium, which was slated to hold on 29th of March, he had to cancel it.

Few weeks back, we reported some society events which would have taken place abroad, but as it were many had been called off. Lagos society women, Genny Adeosun has also postponed son’s wedding, which was to hold in Lagos and later Brazil to a later date. The prominent Osomo family in Lagos was supposed to stage a superlative wedding for their daughter in Mauritius this month, but it has been postponed.

Popular lawyer, politician and an entrepreneur, Ambassador Folake Marcus Bello, who was former Nigeria’s Ambassador to Malawi and Zambia is supposed to hold her 60th birthday on Sunday, April 19, but she has also postponed it. Her party is always known to be attended by many top celebrities across major divides owing to her status. The entire judiciary and Ikorodu sons and daughters were already in an ecstatic mood to celebrate one of their own, the Chief Judge of Lagos, Justice Hakeem Alogba, on the occasion of his 65th birthday, which was set to hold on April 23rd but we gathered it has also been cancelled owing to COVID 19 lockdown.

As usual, many important personalities would have trooped to the abode of the Minister of Works and Housing, Babatunde Fashola, on the occasion of his wife, Dame Emmanuella Abimbola Fashola ’s 55th birthday, but the situation in the country did not allow that. We gathered that there was supposed to be a very private birthday get-together last week but it was totally cancelled.

Lagos society woman, Alhaja Kudirat Ajala, has been planning for her 60th birthday for the past one year, popularly called Alhaja Kudi Jewellery. She is a socialite to the core.  Her birthday is meant to make a statement within the social scene if it holds on the 24th of April, but she has since postponed it. Alhaja Kudi is one of the biggest sellers of gold and diamond jewellery who runs one of the biggest gold stores in Surulere, Lagos. Many celebrity women who had already been preparing for the party were ready to dazzle and outshine one another with their choice of statement jewellery.

It was supposed to be a big celebration for the Awujale of Ijebuland, Oba Sikiru Adetona on his 60 years on the throne a few weeks back, but the COVID 19 crisis has since put a halt to the celebration. The party was to hold on April 2nd but cancelled owing to lockdown. As gathered, the event has been postponed to hold on at a later date.

One of the biggest entertainment events in Nigeria, AY Live comedy show, which is the biggest annual Easter Show, was also cancelled. The show which is organised by one of the outstanding comedians and comperes in Nigeria, Ayo Makun, popularly called AY made the announcement of the postponement. He also revealed how huge plans had gone into the preparations, the sponsors and thousands of people who had already bought tickets. It was scheduled to hold on Sunday, April 12th.

Fountain of Life Church, Pastor Taiwo Odukoya, was also planning a superlative wedding for his daughter, Tobi, on the first week of May, precisely May 6th, but this has been affected by the lockdown. The bride, Dr Tobi, revealed all her friends who had already bought tickets from the UK and US where she lives had to halt their travellings owing to the pandemic. The party has been postponed. Dr Debs as she fondly called is billed to marry her longtime beau, Oluchi Enuha.

Another big party many celebrity men and women were looking forward to is Chief Adeojo son’s wedding. His son is set to marry Chief Adedoyin’s daughter. We earlier reported on this medium that the wedding party is set to take place between children of two prominent families in Lagos and to hold on Thursday, April 23rd, but has also been postponed. As expected, all preparations were in top gear and all leading vendors in their respective fields have been slated to cater for guests. It will also be a wedding that will be rich in culture, which will attract top politicians, celebrities and corporate individuals from all walks of life. The bride’s mother is obviously not going to spare any cost to give her daughter a superlative wedding and this is the 2nd daughter she will be giving out in marriage. We cannot forget how classy her 1st daughter, Anu’s wedding was, which was covered by City People.

Ife’s wedding will also not be an exception when it comes to the style statement as it has become private news within the celebrity caucus and many were planning to outshine one another. The bride, Ife, is into real estate, she is the younger sister to Damola Adedoyin, the popular actor who played the lead role in the blockbuster movie, October one’. Within the Showbiz sector too, there are some big events which have been postponed. One of them is the annual Nigerian Entertainment Conference which should hold at Landmark Event Centre on Victoria Island. It has been postponed. The biggest fashion event in Nigeria, Arise Fashion week was to hold on the 6th to 13th of April at Eko Hotel but it was also cancelled. It was a show known to always gather numerous international designers and models from many countries.

In the Showbiz sector as well, one destination wedding that many showbiz stars have been planning to attend is Zimbabwean actress and former BBA star and foremost presenter, Vimbaimutinhiri’s African fairy tale wedding with the hashtag forever young 2020. She is to get married to her Nigerian sweetheart, Andrew Ekpenyong, in a classy traditional wedding called traditional roar on the 9th of April at Harare, Zimbabwe followed by a white wedding on April 12 in Capetown, South Africa. Already many stars had bought their burgundy and Fuschia pink velvet Aso Ebi alongside their flight tickets.

Star Actress, Shan George, the famous Nollywood star and TV personality was supposed to play host to a classy 50th birthday on 21st April, but it was gathered it has also been postponed.

The event industry has greatly suffered from this outbreak as many event vendors are already counting their losses, owing due to cancellation and postponement of all the big parties.

READ ALSO: HOW ARE THE MIGHTY FALLEN BY FEMI FANI-KAYODE