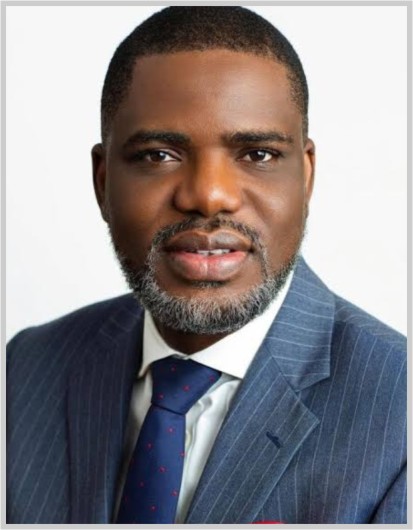 •Plus The Posts They Are Likely To Contest For

The political circle of Oyo State is getting interesting by the day, especially now that another general election is fast approaching. For any politician that worth his or her salt, the game to 2023 has already started. And all things being equal, the 2023 general election, according to the Independent National Electoral Commission (INEC), will hold on the 18th February, 2023.

Time table for the elections will be unveiled immediately after Anambra gubernatorial election which takes place in November 6th this year, according to INEC. Hence, the political gladiators across the country are getting ready, aligning and realigning themselves.

In Oyo State however, there are some fresh names you may not have heard much about that are most likely to be actively involved in the coming 2023 elections. They are young, vibrant and intelligent men who have been, somehow, operating at the background in the Oyo political settings. Or may have held minor public offices. But they are young men who have positively, in one way or the other, affected their immediate environment and their people whether through their various foundations or active services.

In this special report, City People’s Correspondent, DARE ADENIRAN presents to you list of fresh politicians to watch out for in 2023. Some of these men are really going to be game changers as far as 2023 election is concerned in the pacesetter state. Read on.

Open Salawu, as he is popularly known, is the MD/CEO, Opinior Engineering Limited. He is into property business. He has an estate called, Open Estate in Abuja and several others in Ogbomosho where he hails from. Salawu is quite popular in business, social and political circles in Oyo State. He is well loved and respected. He has a foundation through which he has affected several lives positively. He gives out scholarships to his people on a yearly basis. That has been part and parcel of him long before he ventured into politics. He belongs to the All Progressives Congress (APC). In fact, he wanted to contest the Ogbomosho North/South/Orire Federal Constituency in 2019 but decided to step down for the interest of the party. Though he has not made any official announcement on his next move political but those close to him are of strong opinion that he may contest the House of Representatives post of his constituency come 2023. He remains a candidate to beat anyday, anytime.

The name Akinwole Akinwale may not ring a bell but at mentioning ‘Wolekanle’, people already know who you are talking about and what he represents. He is a serial entrepreneur, a socialite per excellence and a great philanthropist. For Akinwole, there is nothing too much to give when it comes to helping others. This and the fact that he relates with people so very well, with high level of simplicity, have been really working for him in his private life and politics. He is the CEO, Black Edge Limited, a company with interest in construction, purchasing and supply. Being a son of a popular lawyer, Barr. Akinwale is also a plus for him. He is from the popular ‘Osupa’ community in Ogbomosho North Local Government Area of Oyo State. We heard he may be contesting Ogbomosho North/South/Orire Federal Constituency in 2023. Wolekanle is a member of PDP.

Though Bisoye Fagade may not be that popular within the political circle, but he needs little or no introduction in Nigeria’s Marketing Communications sector. He is the founder and Managing Director of Sodium Brand Solutions. His connection cuts across business, social, political and entertainment circles. He believes so much in capacity building. He doesn’t only give fish, he teaches people how to fish. Through his OSMD (Oyo Si Ma Dun) Foundation, many souls have been lifted and several business start-ups equipped psychologically with consistent trainings and seminars. Fagade is a strong advocate of content as an alternative to oil in Nigeria. People believe his brain is a great asset for Oyo State if given the chance. Fagade has never hidden his readiness to serve but his eyes are fixed at the number one seat of the state. Will he gives the governorship race a shot come 2023? Time will tell. Abisoye Fagade is a member of the All Progressives Congress, APC in Oyo State. He is an Ibadan Indigene.

He is from Ogbomosho. A son of Ex-Commissioner of Police and an America-based businessman. He is said to have already engaged in a wide consultation on his political moves. He is very popular too. Femi Onireti, we scooped, may likely contest for the House of Representatives seat of his constituency in 2023.

He is a journalist and branding expert. He is from Ibadan North Local Government Area of the State. He is said to a philanthropist too. Through his Foundation, he has been giving tremendous support to the people of his immediate environment. Over 500 people recently benefited from his free eye test and surgery. Feelers have it that Jide Adeyemi is ready to contest the Ibadan North Federal Constituency seat come 2023. The position is currently occupied by Hon. Akinremi Jagaban of APC.

He is a popular and influential lawyer from Saki. A prominent and well connected indigene of the town. He used to be a close ally of Senator Abdulfatai Buhari but we heard he has since pitched his tent with the PDP. In fact, he was said to have made attempt to contest in the last local government election. He is close to Chief Michael Koleosho and many other leaders from that zone. He is definitely one of the young politicians to watch out for in that zone come 2023.

He is very popular among the youths. Why? He is very vocal but articulate and respectful and hardworking. He is the Deputy National Youth Leader of APC.

Even among the elders, Repete is well loved. He wanted to contest House of Reps in the last election before Late former governor Abiola Ajimobi appointed him as Special Adviser on Youth and Sports. So come 2023, it is expected that Bolaji Afeez Repete is likely to contest but what position is unknown yet.

He is from Oluyole Local Government and the brain behind a popular Foundation. He is also one of the vibrant APC Youths in Oyo State. He is a great promoter of Asiwaju Tinubu’s presidential ambition. He is an ardent loyalist of Tinubu. If you want to offend him, talk ill of Tinubu and see his other side. In the last dispensation, he wanted to contest the House of Reps but was asked to step down for another aspirant. Those who know him are of the opinion that noting will stop him from contesting in 2023.

The former Editor-in-Chief of the Guardian and now Nigeria’s Ambassador to Togo, Debo Adesina is one of the best journalists Nigeria has ever produced. As evidence in his profile, he is not also new in the political corridor of the Country. He is rather known as a media guru than a politician. Not untill about 2017 that it came to the public knowledge that he was going to contest the Oyo governorship position in 2019. But the point remains that even before then, Adesina has been helping, in his own rights, his community and Oke-Ogun generally. He is from Okaka in Itesiwaju Local Government Area of the State. Many believe that now that Debo Adesina is an ambassador and must have gathered more political muscles and experience, may he will give the governorship race a try come 2023.

He is the gubernatorial candidate of the Alliance for Democracy (AD) in the 2019 general elections in Oyo State. For a new entrant in Oyo politics like him, many believe he ran a good race in 2019. Oyedele also is an accomplished Structural Engineer with a career in the Oil and Gas industry and a record spanning over 25 years. He is the Chairman, Oceansalt Oil and Gas Engineering Limited. With the strong vision he said he has for Oyo State, Oyedele may want to try his hands in the guber race again come 2023 but whether would be under the same political party is not certain.

It’s not visible that the young, vibrant and intelligent Abimbola Adekanmbi will relent in his passion and vision for the development of Oyo State. He was the Honourable Commissioner for Finance under the immediate past governor of the state, Senator Abiola Ajimobi. He performed excellently well even to the amazement of highly meticulous Ajimobi. That is one of the many qualities people love and cherish about Adekanmbi and what Ajimobi noticed to have first made him his Deputy Chief of Staff then later Commissioner for Finance. He is one of the many aspirants who wanted to succeed Ajimobi as Oyo governor, under APC. They all eventually stepped down for Bayo Adelabu. Now that 2023 is around the corner, Bimbo Adekanmbi is one of those who have not given any clue to the next political move but are expected to contest for one post or the other. He is an Ibadan man and he has never hidden that despite his exposure and class.

This is another young man doing wonderfully well for himself and his community. He is from Ibadan, and an architect by profession. He is thw MD/CEO of Amron Global Group of Companies. His Hassan Olawale Giwa (HOG) Foundation is quite popular in Ibadan. He has touched many lives with his Foundation. Though he has never made any official announcement about politics. But the people of his community may put pressure on his to come out to contest in 2023.

He is one the children of late former governor, Alhaji Lamidi Onaolapo Adesina. Adetunji, in his own right, has been lifting people out of poverty through his Eleven Eleven Twelve Foundation, the aim of which he said is part of efforts to immortalize his father, the Great Lam. The foundation, according to him, is also an avenue to give back to the people, through promotion of best practices among the people, to discover, nurture and promote young and innovative minds within the environmental business circle.

Another young and brilliant man to watch out for is the son of former Oyo Assembly Speaker, Senator Monsurat Sunmonu, Barr. Seun Ashamu. He is currently the honourable commissioner for Energy & Mineral in Governor Seyi Makinde’s administration but may take his political career a bit further come 2023.

He is a businessman and entertainment promoter. The US-based Fatola is also a real estate consultant. He is from South West Area of Oyo State. He is a member of PDP.

Princess Aderonke Adedoja is a female politician and the founder of Aderonke Ramat Adedoja Foundation (ARA). She is the daughter of a former President of the Nigerian Union of Journalists (NUJ), the late Alhaji Bola Adedoja. She wanted to contest her Federal Constituency seat, Oluyole under PDP in 2019 but stepped down for another aspirant, who was later defeated by APC’s candidate, Hon. Tolu Akande Shadipe. Her political C.V has been on the rise and may contest come 2023.

Umar Farouk Alao, the son of late business mogul and the Are Musulumi of Yorubaland, Alhaji Abduazeez Arisekola-Alao, is another dude to watch out for. He served as the Honourable Commissioner for Youth and Sports in the first tenure of former governor Abiola Ajimobi. He also wanted to contest the Ibadan North Federal Constituency seat in 2019 but was not given the ticket under APC. There is possibility that he will come out to try his luck again come 2023 bit it may or may not be under APC.