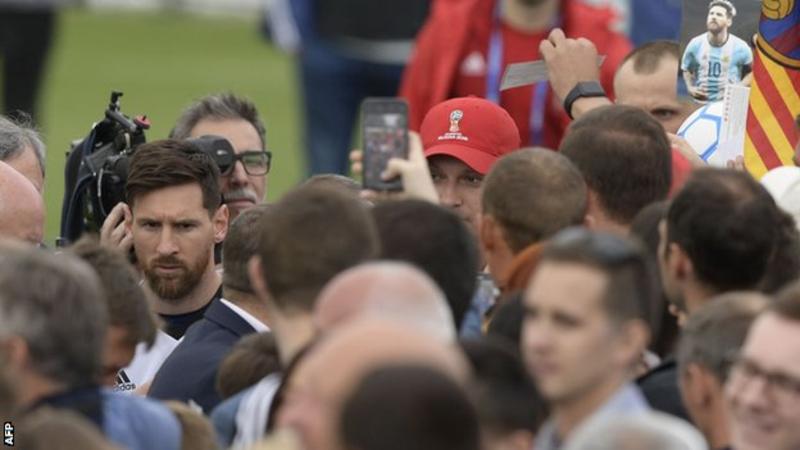 Messi fever broke out as around 400 fans turned up to catch a glimpse of the Barca legend during Argentina’s open training session in Bronnitsy, south-east of Moscow.

The five-time Ballon d’Or winner, who has never won the World Cup, was then mobbed by dozens of youngsters at the end of the session as players stopped to sign autographs.

Argentina, currently fifth in Fifa’s world rankings, have already lost West Ham midfielder Manuel Lanzini, who has been ruled out with a serious knee injury.

Ernesto Lagorio, Argentina’s ambassador to Russia, was at the session at the sprawling training centre, used by several Russian national sports teams, on the banks of the River Moscow.

“We came to see our national team – it’s the first acquaintance with them, it’s been great,” said Lagorio.