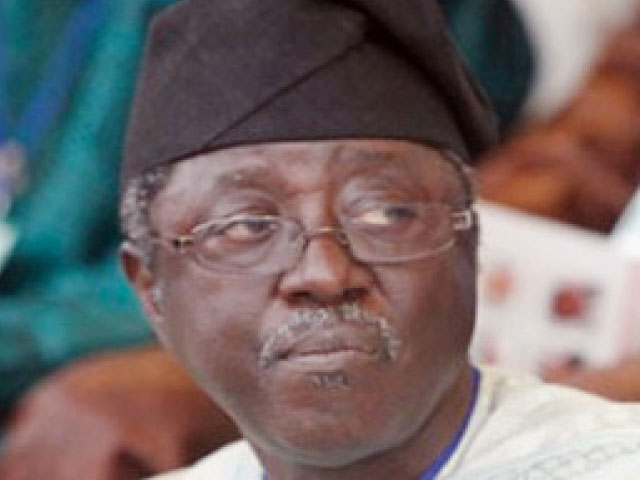 Former Governor of Plateau State, Jonah Jang, has formally announced his decision to join the 2019 presidential race on the platform of the Peoples Democratic Party (PDP).

Flanked by his wife and supporters, Jang made the declaration on Tuesday at the secretariat of the party in Jos, capital of Plateau State.

The announcement comes three months after Jang, who is currently representing Plateau North in the National Assembly, spent nine days at the detention facility of the Economic and Financial Crimes Commission (EFCC), and was subsequently remanded in Jos Prison for another eight days for allegedly mismanaging N6.3billion towards the end of his governorship tenure.

In May, EFCC arraigned Jang before Justice Daniel Longji of the Plateau State High Court sitting in Jos on a 12-count charge bordering on misappropriation of funds to the tune of N6.3billion.

He was alleged to have embezzled special funds released to the state by the Central Bank of Nigeria (CBN), just before the end of his governorship tenure in 2015.

Specifically, Jang allegedly pocketed N2billion released by the CBN for disbursement to small and medium enterprises in the state under the Micro, Small and Medium Enterprises Development Funds (MSMEDF) just a month before the expiration of his tenure in April 2015.

He was also said to have abused his office by collecting money to the tune of N4.3billion from the state coffers through the cashier of the Office of the Secretary to the State Government, Yusuf Gyang Pam.

Jang was docked alongside Pam, who was also accused of using his office for personal enrichment to the tune of N11.5million.