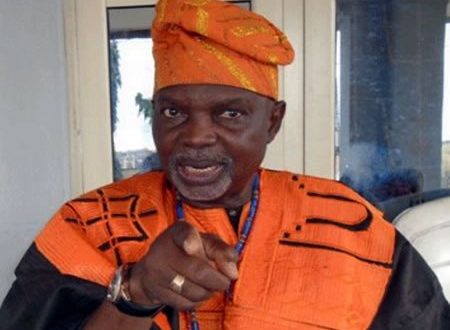 As we await authentic final results of yesterday’s Governorships and States House of Assembly Elections(Presidential and National Assembly Elections had been held earlier on Saturday,23rd February, this year)from the Independent National Electoral Commission(INEC),please permit me to warn emerging winners of the aforesaid elections to take caution,great caution at that,from shameless “ANY GOVERNMENT IN POWER (A.G.I.P) political/economic prostitutes who,sadly,infest the slippery corridors of power in Nigeria(apology to former Governor Victor Omololu Olunloyo of old Oyo State).
From last night, when whiffs of victory started to waft across the country, so also would the “A.G.I.P” profiteers/mercenaries have started their stock- in- trade of crawling on their bellies, from the rooms of their erstwhile feeders who have suddenly become losers, to the gates of emerging winners! How some humans,(or sub-humans?) lick vom.t faster than dogs!
I sound this familiar notice of “WINNERS BEWARE!”,when results of elections, General Elections at that, start to emerge. I call this part two of my pre-election notice of warning(article)appropriately titled by me as,

“FOOD IS READY (IJE DE E!)
My “FOOD IS READY (IJE DE E)”article, is kindly published/broadcast by editors, at the dawns of elections.While my articleWINNERS BEWARE OF A.G.I.P”follows on the heels of election results(please see the Nation newspaper issue of 10th March 2011; City People magazine issue of 15th April 2015; page 200 of my book, “THOUGHTS AND ACTIONS”, among other references)
And who are the ‘A.G.I.P’?
Far from the well-known Italian oil multinational(AGIP)with her famous fire-spitting,six-footed black dog logo, the indecorous “A.G.I.P” is the greedy band of “Any Government In Power”.They jump boat the minute their previous bosses/leaders/feeders/benefactors etc lose elections or positions, and, pronto, shamelessly craw on all fours to scavenge for food/money/positions from the new winners/leaders.
In other to reap from where they did not sow, from camps (political parties)which they had recently blackmailed, disparaged, cursed, loathed,
“A.G.I.P” men and women stump, not only do they stamp, on their ancestry, age, etc just because of lucre. They openly rubbish their former leaders/bases.
While I congratulate all emerging winners and their faithful supporters and financiers pray that you will take caution in warming up to your new-found ‘friends’/’supporters whose trade is” “( “Man/woman must wack if it a vom.t!)
WINNERS BEWARE.
PHOTOGRAPH CAPTION
Cover of the bookJUNE 12 WE FORGET”,co-authored by the League of Veteran Journalists and my humble self was presented to the world on 12th 2018 celebrate the 25th anniversary of the famous June 12,1993 Presidential Election believed to have been won by the late Basorun Moshood Kashimawo Olawale Abiola unfairly by the retired-General Ibrahim Babangida-led Federal Military Government. Till date reason has been given for the jackboot annulment.

How I Have Remained Stylish @ 68 – Africa’s Richest Woman, FOLORUNSHO ALAKIJA