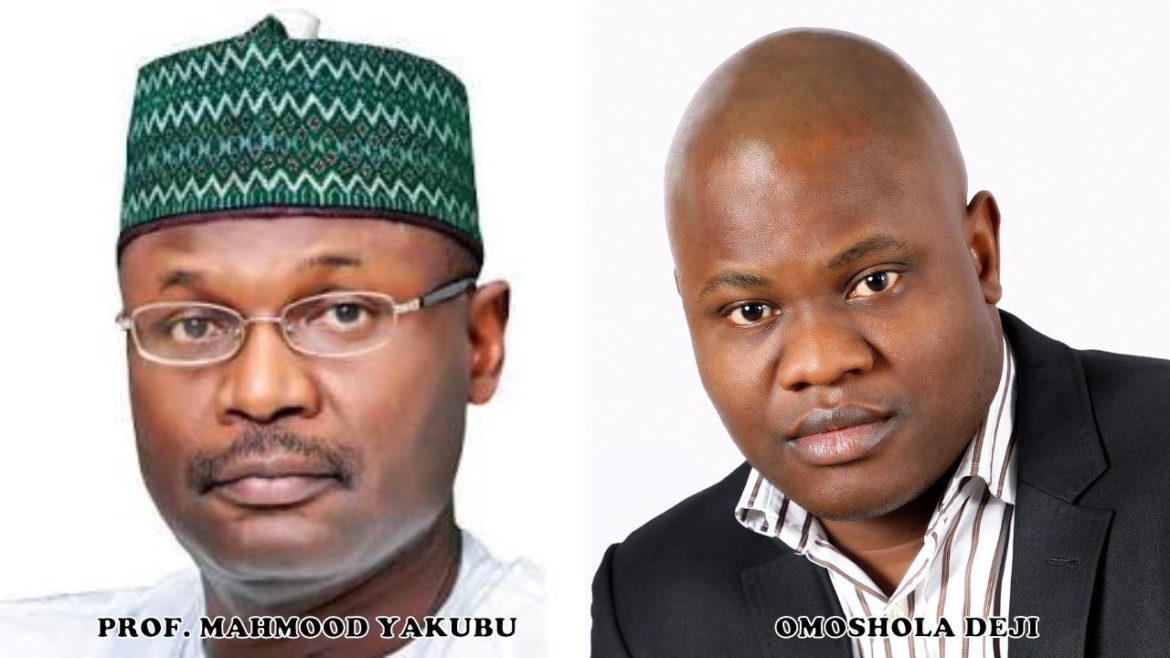 After about thirty years of stern military rule, Nigeria re-embraced democracy in 1999 and five elections have produced Presidents Olusegun Obasanjo (two terms), Umaru Yar’Adua, Goodluck Jonathan and the incumbent Muhammadu Buhari. 2019 ushers in an opportunity for Nigerians to elect another president or return Buhari.

Buhari has promised a free and fair election, but the opposition parties and some observers cast doubts on his commitment to ensuring transparency in an election he is contesting. This piece examines the allegations and influence of nepotism on the credibility of the electoral process, as well as the effects of underage voting and vote-buying on election results.

Nigerians are criticizing President Buhari’s appointments as nepotistic, especially his choice of the heads of security agencies and the electoral commission. The prevailing argument that this is a clever style of managing the electoral process in his favor steers us into an appraisal of such appointments by the previous governments. Ensuring the successful conduct of elections in Nigeria involves the collaborative effort of several agencies – including the Civil Defense, Army and State Security Service – but Police and INEC are the most crucial. INEC conduct elections and police leads the provision of security. The appraisal thus focuses on these two outfits.

Individuals referenced are classified based on their states of origin and geopolitical zones as currently defined in Nigeria. The zones are abbreviated thus: South-West (SW), South-East (SE), South-South (SS) North-West (NW), North-Central (NC), and the North-East (NE).

Is President Buhari’s appointment of the 2019 election handlers nepotistic? In the first republic (1963-1966), President Nnamdi Azikwe, a native of Anambra State (SE), appointed Louis Edet from Cross River State (SS) as the Inspector General of Police, IGP. Eyo Ita Esua from Cross River State (SS) was appointed the head of the Federal Electoral Commission. You would note that the president and the heads of FEC and police were not from the same geopolitical zone. The military seized power in 1966.

To conduct the election that’ll usher in the second republic in 1979, then General Olusegun Obasanjo from Ogun State (SW) appointed Chief Michael Ani from Cross River State (SS) as Chairman of the Federal Electoral Commission. Muhammadu Dikko Yusufu from Katsina State (NW) was appointed the IGP. The head-of-state and the heads of FEC and police were not from the same geopolitical zone.

After being pressurized by a national campaign for democratic rule, Babangida promised to conduct elections and hand over power in 1993 – the third republic. Babangida, a native of Niger State (NC) appointed Professor Humprey Nwosu, an indigene of Anambra State (SE), as the Chairman of the National Electoral Commission. Aliyu Atta from Adamawa State (NE) was appointed the IGP. Please note that the military-president and the heads of NEC and police were not from the same geopolitical zone.

To conduct the election that brought on the (Obasanjo led 1999-2003) fourth republic, General Abdusalami Abubakar from Niger State (NC) appointed Justice Ephraim Akpata from Edo State (SS) as the Chairman of the Independent National Electoral Commission, INEC. Ibrahim Coomassie, an indigene of Katsina State (NW), was appointed the IGP. Again, General Abubakar and the heads of INEC and police were not from the same geopolitical zone.

Ex-President Obasanjo’s second term was the fifth republic (2003-2007). The election that earned him the term was handled by then INEC Chairman Abel Guobadia (Edo, SS) and IGP Mustafa Balogun (Osun, SW). Appointments of the two crucial election handlers were not only allotted to the South, the police IG was from Obansanjo’s geopolitical zone, the SW.

This is not the case now in Buhari’s government. Buhari, a native of Katsina State (NW) appointed Mamood Yakubu (Bauchi, NE) and Idris Kpotun (Niger, NC) as INEC and police heads. Although Buhari dispensed the appointments to northerners, he and the two appointees are from separate northern geopolitical zones. In essence, Obasanjo’s appointment of INEC and police heads when he was seeking reelection in 2003 is even more sectional than what we have now.

It is appalling that facts about an issue that could diminish Buhari’s votes, especially in the South, stay unutilized. Why is the work of presidential aides being left for independent analysts in an election season? Buhari’s aides are either unmindful of the harm negative public perceptions could do to their principal or they are simply overconfident he would win. But on a second look, why was Obasanjo’s appointment not criticized? Why are people afraid that Buhari’s appointments could breed electoral fraud, but weren’t troubled during Obasanjo’s rule?

The issue is best explained empirically. When Ex-President Goodluck Jonathan increased petrol price from 67 to 87 Naira, people protested because his government was widely rated as corrupt. They didn’t trust him. But when President Buhari increased petrol price from 87 to 145 Naira, the protest was very minimal because Nigerians see him as a non-corrupt person. Trust is the keyword here.

People never protested against Obasanjo’s more sectional appointment of INEC and police heads because they didn’t see him as nepotistic and chauvinistic. His other key appointments (of national security adviser and heads of civil defense, army, the state security service etc.) reflected Nigeria’s ethnic pluralism. That cannot be said of Buhari. He is more sectional than national.

The heads of all the above-mentioned agencies are from the North. SSS is currently being led by Mathew Seiyefa (Bayelsa, SS) due to dismissal of Lawal Daura (Katsina, NW) and there are reports of ongoing moves to replace him with a northerner. Nigerians are pessimistic about getting a credible election in 2019 as the influence of these outfits’ activities on election results cannot be undermined. Does nepotism breed electoral fraud? We must resist the appetite to digress. I’ll dissect the issue after concluding the ethnic and geopolitical appraisal of individuals appointed to handle the conduct of past national elections.

The election that ushered in the (late Umaru Yar’Adua led) sixth republic was conducted by the Obasanjo administration. The poll was handled by then INEC Chairman, Professor Maurice Iwu (Imo, SE) and IGP Sunday Ehindero (Ondo, SW). In this case, Obasanjo’s appointment of non-northerners can be argued as ensuring fairness and transparency since the election was mainly a contest between northern candidates – late Umaru Yar’Adua for the PDP, M. Buhari for the defunct ANPP, and Atiku Abubakar for the defunct AC.

Yar’Adua’s death left a vacuum in government. His vice, Goodluck Jonathan (Bayelsa, SS), was sworn in on May 5, 2010 to complete the four-year tenure of the sixth republic (2007-2011). As the term ends, Jonathan turned down the northern oligarchy’s request to takeover. He contested, won and governed Nigeria in the seventh republic (2011-2015). The election that returned him elected was handled by the northerners he appointed.

Prof. Attahiru Jega (Kebbi, NW) was the INEC Chairman and Hafiz Ringim (Jigawa, NE) was the IGP. Unlike the Buhari administration, Jonathan was mindful of Nigeria’s ethnic sensitivity and majority of his appointment favored other ethnic groups, especially the northern lived Hausa-Fulani. He retained Jega as INEC Chairman and appointed Suleiman Abba (Jigawa, NE) as IGP for the 2015 elections.

Jonathan lost the race to rule Nigeria in the eight republic (2015-2019) to incumbent President Buhari. He conceded defeat. Oppositely, when Jonathan floored Buhari in the 2011 presidential election, the latter’s supporters violently protested, killed and destroyed properties in the north.

Would the 2011 post-election violence not have been more devastating if the election handlers and service chiefs were Southerners from Jonathan’s ethnic extraction? Ensuring appointments into sensitive positions are fairly distributed remains one of the most effective means of maintaining public trust, dousing inter-ethnic bigotry and erasing agitation for succession in a plural state like Nigeria. Does nepotism breed electoral fraud? How will nepotism, vote-buying and underage voting affect the outcome of the 2019 presidential election?

In the history of Nigeria, Buhari is the first ruler to appoint an INEC Chairman from his region, the NW. He appointed his supposed relation, Mrs Amina Zakari, as the acting INEC Chairman in June 2015.

How To Cope With Lower Back Pain

Biafra: Use education and sports to hold...