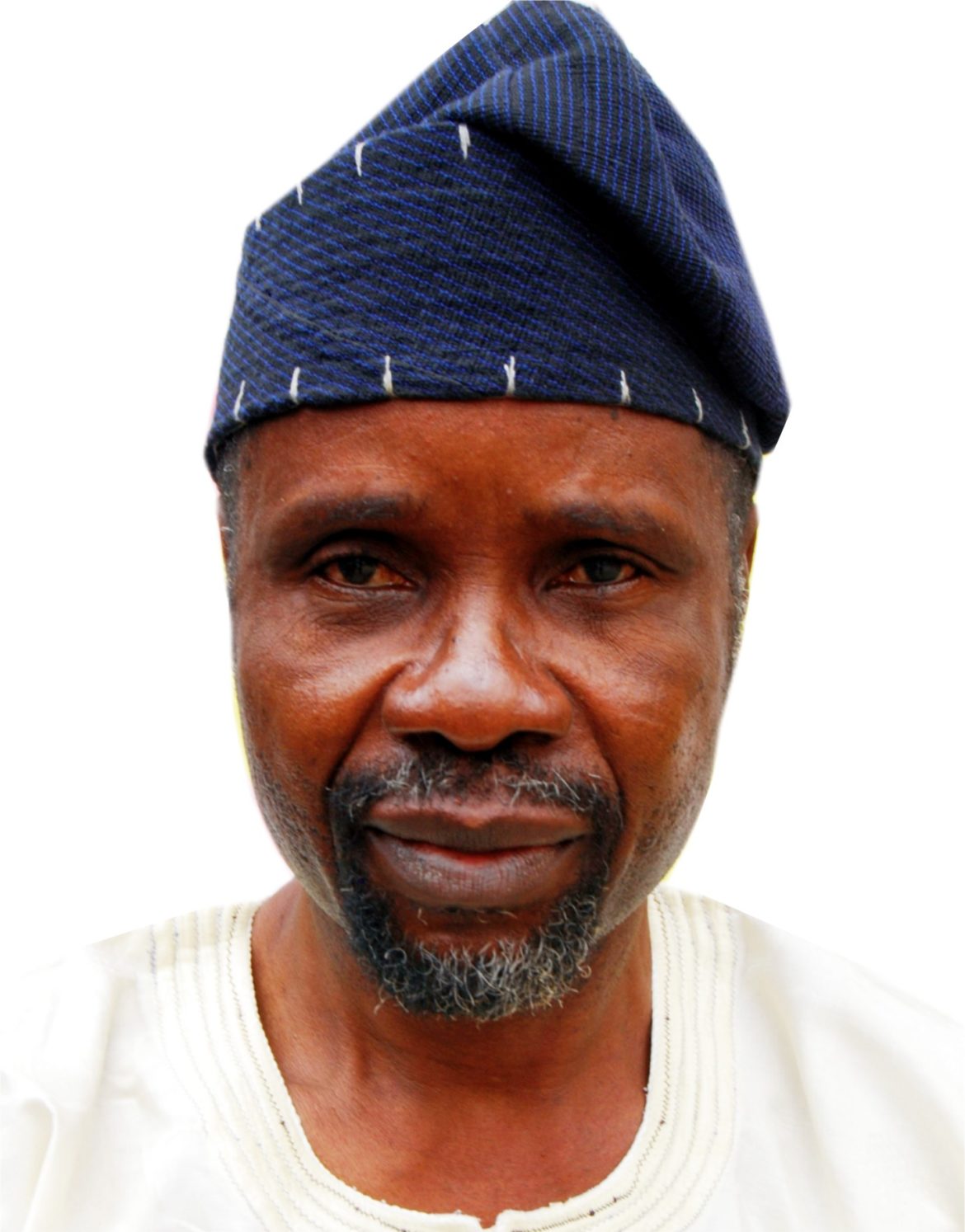 (2) Better days ahead of Nigerian People as revealed by Almighty God But not under the present administration. For God has heard the prayers of Nigerians and He would show mercy.

(3) It would take miracle of the century and serious prayers for President Muhammadu Buhari of Nigeria to complete his second term.

(4) Nigerians should not under-estimate the present Governor of Kaduna State Malam El-Rufai Nasir in the 2023 President election. For he would publicly apologize to Christians.

(5) It is in the mind-set of the Living God for Abubakar Atiku to rule Nigeria. And also in the programme of the Living God is Atiku/Ekweremadu ticket and not Atiku/Obi ticket. The Lord God revealed to me that he does not work in the counseling of any human being but He God works in the reasoning of His words. Atiku failed because he fielded Peter Obi instead of Ekweremadu as his running mate and PDP leadership failed because they refuse to heed the voice of God and they believe in their own ability and money. That is pride in the sight of the Living God, thus says the Lord whoever fails to hearken to the voice of God will also fail woefully. As reavealed further by the living God, also in my 2019 prophesy “God said all lovers of Atiku must go into one day prayer and fasting to rebuke the manipulation of election result”

(6) In my 2017 Prophesy, I predicted that “There is going to be sharp misunderstanding between Buhari and Osibajo as a result of political differences. Thus says the Lord, what we are witnessing now is a child play.

(7) It is not in the mind-set of God for Bola Tinubu to rule Nigeria. No matter how he manipulates his way to get the ticket, he would fail at the end of the day. 2023 presidential ambition of Bola Tinubu is a waste of time and energy.

(8) The Governor of Sokoto State, Alhaji Tambuwal should pray very well so as to complete his second term in office. He should pray against impeachment threat.

(9) Alhaji Jakande, (Former Governor of Lagos State) should be prayed for.

(10) Before the 2023 presidential election some members of Atiku loyalist would decamp to another party.

(11) President Buhari is terminally sick. Nigerians should pray for him.

(12) Nigerians should braise up for more hardship.

(13) Rift would erupt at the Leadership of the Peoples Democratic Party at the National level headed by Uche Secondus. Before 2023 election, allegation of serious corruption would be levied against Uche Secondus and his executives.

(14) As revealed to me, Governor Fayemi of Ekiti State would become a beautiful bride in the 2023 Presidential election. Some cabals from the North will persuade him to be the running mate of El-Rufai.

(15) Concerning Oyo State, as from the year 2021 upward, the APC Federal Government and some cabals will make things tight for Governor Seyi Makinde. A lot of frustration and gang-ups from the so called opposition, financial hardship inclusive, using some of his supporters to frustrate him.

(16) If Nigeria Politicians are not careful, there would erupt a serious chaos in their midst Nepotism, tribalism and inordinate ambition would collapse the system.

(17) The husband of the founder (Better-Life for Women) should be prayed for seriously.

(18) Nigeria, a sick nation rejoicing in sin, the Lord God Almighty revealed to me that the Government of Buhari is a weed in the surface of Atlantic Ocean. Buhari is not the messiah that would take Nigeria to the promised land. Instead of these leaders to seek the righteousness of the Living God, they were happy in rigging, manipulation of election, wickedness, lack of the fear of God and they continue to wax stronger in sin against the Most high God. To this end as revealed, your government would continue to move from one problem to the other until you Buhari gets out of that office. The solution to Nigerian problem is seeking the face of Almighty God in righteousness.

(19) Those cabals who are holding Nigeria to hostage will pass away and then Nigerian Nation will break-up. Divine judgment on those cabals will begin this year 2020 and there can never be peace in Nigeria until Nigeria break-up as revealed to me by the Living God.

(20) As revealed to me in No 45 of my 2016 prophesy (God of ancient Prophets, said except by accident, Presidency will remain with the North for the next 12 years.) I stand by my prophesy because I see nothing in those southerners now clamoring for the country’s No 1 seat.

(22) Likewise in Ondo State, there will be a serious rift in the PDP just because of the Gubernatorial Primary election.

(23) As revealed Bola Tinubu should pray for long life because the man is carrying a terminal disease likewise Gen.T.Y. Danjuma.

(24) The Lord God Almighty that knows the beginning and the end of everything revealed this to me. Come 2023, the plan to field Atiku as Presidential candidate is on and at the same time some cabals would root for Tambuwal picking wike as his running mate.

(25) 2020 is a year APC would start to disorganize and destabilize PDP using instruments of the state at their disposal to cause confusion in their midst.

(26) Uganda President, his days in office are getting to end. Just like the Queen of England, her days are getting nearer.

(27) Chelsea Coach (Frank Lampard) is the future British coach as revealed to me by the Living God.

(28) In our dispensation, Buhari would be the last former military ruler that will rule over united Nigeria.

(30) There will be a rift between Tinubu and Fayemi with respect to the 2023 Presidential election.

(31) As revealed to me by the Almighty God if Fayose and his PDP failed to reconcile with Senator Olujimi now, Olujimi will surely decamp to APC, thus say thy lord for PDP in Ekiti State to have it in mind they will win any election now. It is like an animal in the hand of angry lion.

(32) Politics in the North will change come 2023 to the surprise of many Nigerians the people of the North will say Jonathan used some part of late Yaradua’s tenure. That is the bone of contention that would form the 2023 presidential election.

(33) Controvercy over the date of birth of the Lord Jesus Christ I pray through the night and thus says the Lord, it is the anti-christ behind the scenario.

(34) Should APC picked Tinubu as their presidential candidate come 2023 election, as revealed to me by the living God, 70% of APC members across the nation would move back to PDP their original home, then PDP would win.

(35) Thus say thy Lord, The Party APC is in a serious romance with sin that has grounded our nation to a standstill same sin that the PDP leaders committed against the most high God and the people of Nigeria which they did not escape Gods judgment. Sin of corruption, arrogance, manipulation of election results, rigging, and killing of innocent souls which the APC believed is part of the game but which is a serious sin against God and mankind. The God of heaven has this to say to the so called APC leaders. At His appointed time, APC would break-up just like PDP and the country would face serious hardship and that is God’s judgment and it’s a tragedy of a nation where sin has become warehouse. God revealed further that APC will end up the way PDP ended.

(36) As revealed by the Living God, should Governor Obaseki of Edo State decamp to another party today, he would lose what people are witnessing in edo state between Oshiomole and Obaseki is a reward of the election they rigged in favour of Obaseki. The misunderstanding would continue until when APC is rooted out. The rift is as a result of their rigging which is sin against God.

(37) Diabetes disease and fibroid would be on the increase.

(38) Tinubu is determined to contest the 2023 presidential election; the cabals of the nation will not allow him to smell the seat not to talk of winning the election. Opposition against him would be too much.

(39) Come 2023 presidential election, there will be the coming together of heavy weights/ big wigs to form a major political party to face APC/Seyi Mankinde of Oyo State. The Political heavy weights would do everything possible to wrestle power from this people. Furthermore as revealed Seyi Makinde must be very careful, so that what happened in Bola Ige era/Olunloyo will not happen to him.

(40) God’s Judgment called storm of life will ravage Europe as a result of their sin to Almighty God. The white have forsaken God.

(41) There would be serious crises in the two major political parties in Nigeria.

(42)  Mass corruption and embezzlement of state money will continue in Nigeria.

(43) In future, price of Petroleum products will jack-up.

(44) Nigeria should pray very well for there would be sudden death of prominent Nigerians.

(45) God of the Apostles warns some of those fake Nigerian Prophets/Pastors to repent now, else the judgments of God is at hand. Just like he revealed to me in the 2017/2018 prophesy. God said he will expose those fake prophets. God judgment now is exposition and sudden death.

(46) War persecution against Saraki, Dino Melaye and others is imminent. It is from grace to grass completely.

(47) In the year 2020, most of our Retired General should be pray for and rebuke sudden death through serious sickness.

(48) NIGERIA I asked the living God why all these problems in our country. Thus says the Lord, He God of heaven is angry with the leaders and the people of Nigerian since the day we invited all the gods of this world to Nigeria (FESTAC 77) and celebrate them in a big way. Ever since Nigeria has been in the hand of an angry God. The then leaders brought all these demons, gods of this world, worship, praise, serve, erect mansions, naming of streets in their favour and elevate them in a satanic manner. Behold the root of Nigerian problem. Should the leaders fail to stage a repentance crusade seeking the face of Almighty God in righteousness, God further revealed that the nation will continue to wallop from one problem to another and from one crisis to another until the nation breaks-up. FESTAC 77 is a serious sin against the God of heaven Nigeria people will continue to have bad leaders until the sin of FESTAC 77 is realized Thus says the Lord, righteousness exalts a nation, but sin is a reproach.