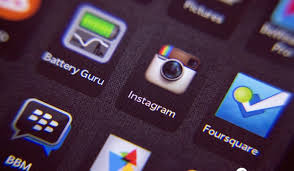 Falope Oluwole Israel, a 22 – year old suspected male student of the Nigeria Institute of Journalism, NIJ, Ogba, Lagos arrested by operatives of the Rapid Response Squad (RRS) of the Lagos State Police Command, has confessed that he duped over 33 men while pretending to be a lady on Instagram.

Falope it was revealed, was arrested when officials of the RRS decoy team, who had been monitoring him for some weeks, trailed him to a popular club in Ikeja City Mall on Thursday evening, before arresting him.

The officers were reported to have monitored him, and those that he was interacting with at the club before arresting him and a colleague late in the night.

It was gathered that the suspect recently celebrated his birthday at Hard & Rock, Lekki, Lagos, week before his arrest, where he lavished over half a million on foods and drinks.

The suspect, a 100 level part time student of NIJ who confessed committing the crime, said that he had been in the business for more than two years.

The Police revealed that Falope’s activities on Instagram was placed under investigations when it received a complaint about an Instagram handle @blackberbiedoll, used for criminal activities, which was later traced to him.

Apart from @blackberbiedoll, which he prominently used for fraudulent activities, he maintained @froshwhite007 and @froshwhite separately for same purpose.

The complainant, Bernard stated that he got a friend request from @blackberbiedoll.

“Apparently, the picture on the account was that of a lady. The lady in question messaged me on BBM. Honestly, I thought I was chatting with a woman who claimed to be in Nigeria at the time.

“She lied to me that her father was a Nigerian and her mum, a Kenyan, and so we got talking. At a point, she lied that she was building a beauty outfit in Ikota Shopping Mall, VGC and that she was in need of some money to complete the mall,” Bernard added.

He explained further: “I had to transfer N1 million to her. Weeks later, I grew suspicious of the account name Olawole Israel Oluwaseun Falope. I ran a search on Google, and then discovered it was all scam. Immediately, I reported the incident to Instagram and that account was blocked and later suspended to prevent others from falling victim.” 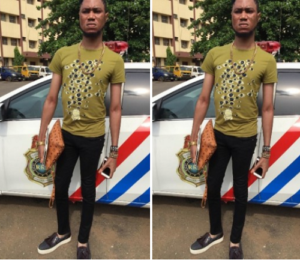 Another victim, who did not want his identity disclosed said he paid N100, 000 into her account to support her bogus fashion outfit.

Admitting the allegation, the suspect noted that since he started the fraudulent act about two years ago, he had duped no fewer than 33 men pretending to be a lady on Instagram and that the least amount he received from any of them was N80,000.

“When I started, much as I pretended to be a lady on phone, some men on the other side didn’t believe me. I then downloaded an app on Google which transformed my voice into that of a lady whenever I am having conversation.

“I got several pictures of Shayla, a pretty United States based lady on my profile. Since then, men have been disturbing me and calling to request for a date”, he stated.

He said, “what I do is that I assessed people based on their appearance on Instagram, add them and thereafter open up conversations with them before I start bringing up all manners of stories in order to dupe them. At a point, I lied to most of them that I had an accident and I lost my ATM. I told them that I need some money. Some of them were generous enough to drop money into my account.

“I lied to them that I was putting up a boutique and saloon at Ikota, VGC and Lekki, and that I need money to finish setting up. I know I made a mistake downloading Shayla’s pictures and used them for fraudulent purposes. I am telling you the truth, those that I have collected money from can’t be more than 33.”

Investigations revealed that the owner of the profile pictures the suspect used, @Shayla had complained to Instagram that some Nigerians were using her profile pictures to scam unsuspecting members of the public.

“I know all of them. I attend a lot of shows, I meet them, take photographs with them, even exchange numbers. Like sister Toke Makinwa, Tonto Dike, Uncle Ramsey Noah, these are the kind of celebrities I look up to and I want to be like them”, he stated.

But RRS investigators confirmed that he was following a lot of Nigerian celebrities on Instagram but they could not confirm if any of them fell prey to Falope’s antics, as many his Instagram chats with them got no response.

They added that a Ghanaian business man who Falope claimed to have met at a popular club in Nigeria rebuffed his request to engage him in a chat.

They noted that Falope’s claim of being a half-cast, Fashion designer, stylist, cosmetologist, model were all part of his fraud to make people fall for him as he was never a trainee or a specialist in any of this.

Our source added that he is not an half-cast as he claimed to be, but he rather bleached his skin.

“He didn’t deny this claim. He admitted bleaching his skin to escape the taunting of girls that he was

Items recovered from the suspect included, an iphone 6, 1 Samsung Galaxy A5, an Apple tablet, hand and neck chains, some new notes and a handbag.

Confirming the development, the Police Public Relations Officer, Superintendent Dolapo Badmos, warned Nigerians to be careful on the internet because scammers were on the prowl world wide.

The suspect has been transferred to State Criminal Investigation Department (SCID) for further investigations.