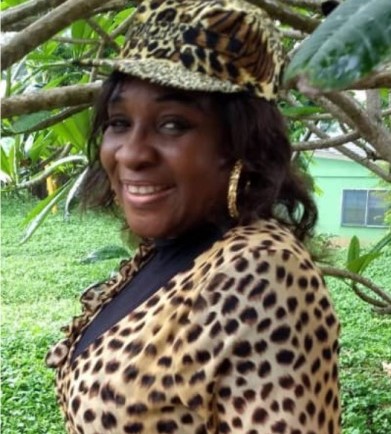 Starting from 16-18 August 2019, the prestigious Lafarge Golf Club, Sagamu will play host to ladies golfers from within and beyond the shores of the Country. As the second edition of Leopard Ladies Golf Tournament holds. It is not going to be a convergence of ladies golfers alone but the men would also be on ground to support them.  Interestingly too, this year’s edition of the program comes with a special package; it is a Golf Tournament and Beauty Pageant, during which all participants are expected to clad in leopard print attires.

But how has this tourney, within a short period of time, metamorphosed into a brand? It has not only recorded great success, but it is also becoming an annual event. So much that many bigger brands and companies are coming on board to support; CMB Building and Maintenance Company is a major sponsor while the likes of Lafarge Cement Company, Adron Homes Property, Ufitfly and many others are co-sponsors.

In this interview with City People’s Correspondent, DARE ADENIRAN, former Lady Captain of both Ibadan and Tiger golf clubs, Ms. Sunmbo Oshile speaks extensively on the success of the program, what the tournament is all about.

How her obsession for leopard print turned into a big dream that gave birth to Leopard Ladies Golf Tournament, its aim and objectives and many interesting things to expect at the second edition of the tournament. Enjoy the reading.

The second edition of Leopard Ladies Golf Tournament is set to hold this August, tell us about the program?

The 2nd Leopard Ladies Golf Tournament is focused on Projection Of Women Empowerment. Through the symbol of the leopard, an animal which represents ‘strength’. Its unrelenting determination in pursuit of its game. The leopard print is a favourite of women globally. Despite its feracious symbol, more ladies wear this apparel when compared to the opposite gender. Through this symbol, our target is to encourage women to believe in themselves.

Whose idea is it, and what prompted such?

Apart from my personal drive, it was further encouraged by Maureen Reece and her twin sister, Mary who attended the 1st Edition.

They were thrilled with the concept as well other ladies in particular, and saw a different perspective in organizing a Golf Tournament; the theme, participants and overall satisfaction. Over the years I’ve had an amazing interest in the leopard print. It began with a pair of bedroom slippers as a birthday gift. Slipping into the comfort of the soft fur daily inspired to what became an obsessive collection from clothes to an assortment of accessories. It dawned on me over the years that not only is it a print for all seasons, it is also adorned by all women, cutting across ages, class. It is a print that women carry with pride, worn everywhere, in every environment. The goal to project the confidence of women through the leopard print became a burning passion. Through collective and individual perseverance, women can realise their dreams.

In 2018 the opportunity arose at an event specifically to celebrate the objective. It was an immediate success with ladies requesting for another event in a different environment.

So how has the experience and feedback been since you birthed the idea?

Absolutely encouraging; supported and inspiring. Ladies have become so enthusiastic about the print and the strength it portrays.

I was pleasantly surprised after the first edition when I had a call from the Captain of Tiger Golf Club informing me that a gentleman golfer who was unknown to me at the time had come across a pair of leopard print golf gloves in a shop abroad and immediately thought of me!

He bought a pair and requested they were delivered to me. Not only was he impressed with the event, but several others who participated. Several ladies have gradually changed focus to purchasing the leopard print. Quite a number are obsessed. Some Ugandan ladies are coming for the event simply because of the theme and interest of the leopard logo. Already, there is a request for an ‘annual event’.

Having recorded great success at the first edition, what should people expect from this 2nd edition?

The 2nd edition has already metamorphosed into a much larger event through the interest of Lady Golfers within and beyond the Country. Apart from the support from our men, ladies have been absolutely unbelievably supportive to seeing it to fruition. They are using every tool at their disposal to project the camaraderie and areas of individual support within their capacity. It is unbelievable! Many are regrettably away for the summer holidays and have requested that the 3rd Edition should hold within a conducive period for added participation.

What is the criteria of participation for the tournament?

This year’s edition is Invitational. It comprises Golfers from the various Golf Clubs in the Country and beyond. From Friday the 16th of August through to Sunday the 18th, participants are expected to wear leopard print outfits, displaying the various designs and accessories that come with the print.

Several ladies have gone on shopping sprees in preparation for the August event. Those who will be unavoidably absent are supporting by wearing the outfit wherever they will be during the tournament. Leopard Print is the official dress code.

What is the significance of the tournament to Golfers and the society generally?

To the lady golfers it is believed that the objective behind the event will further encourage them to believe in themselves; to empower themselves, to realize their dreams.

To the gentlemen golfers, it is believed that the ladies in their midst will have this support with their presence and encouragement.

We do have tremendous support from the men and volunteers to see us through.

To the society at large, it should be emphasized that through hard work and perseverance the sky is the limit.