Home Movie Gist 3 Factors Have Made Me Relevant In The Movie Industry – Star Actor, MICHEAL EZURUONYE Opens Up
Movie Gist

3 Factors Have Made Me Relevant In The Movie Industry – Star Actor, MICHEAL EZURUONYE Opens Up 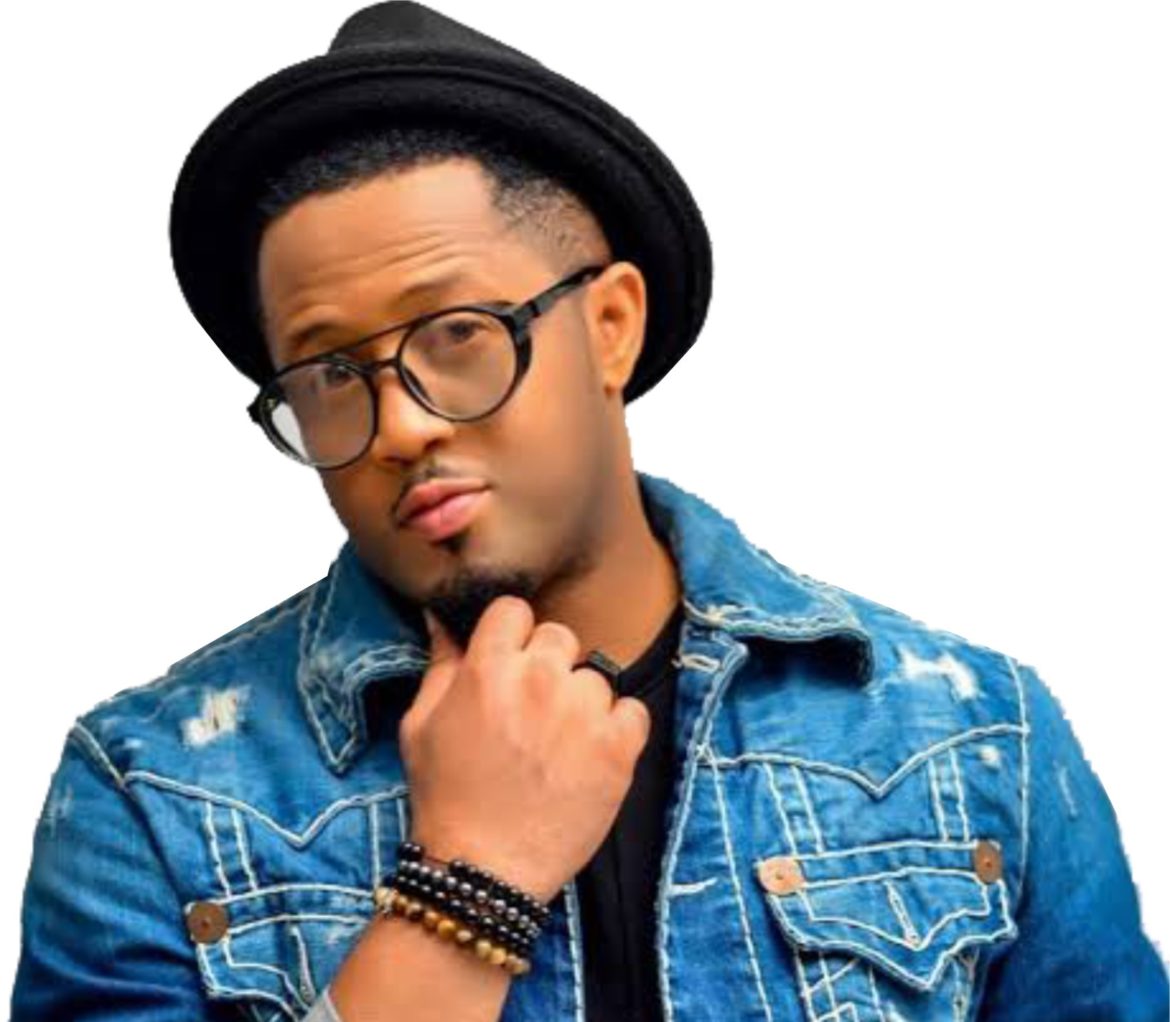 Over the years, he has become a force to reckon with in the movie industry, featuring and producing blockbuster movies back to back. He is a graduate of Accounting from Nnamdi Azikiwe University, Awka. After graduation, he worked in the banking industry before moving into the entertainment industry. He made his big break in 2003 after featuring in the movie titled “Broken Marriage” and till date, he has featured in over 300 movies and still counting. He was a guest in a chat with Arole on his chatroom where he talked about the factors that have made him remain relevant in the industry, the challenges he has been through in the industry, his advice for upcoming movie stars who have the vision to be great someday using multi-talented screen diva Iyabo Ojo as an example. Below are the excerpts.

What has made you remain relevant in the movie industry?

It is a good question, I have taken what I called Helicopter view of the industry and I know when to fly, when to observe and when to relax. The only constant thing in life is change, the style of return on investment in the industry has changed. Of course, God has made me relevant in the industry, I also know when to pitch, what to pitch, when to strike. Don’t just be an underground person because the truth of the matter is that I don’t really want to blow my trumpet but I believe I understand the industry to some extent. I am moving with the time and I give glory to God Almighty, so to answer your question correctly, it has been vision passion, and hunger. I never act as I know it all, I do more of observing, you can teach me things without knowing and I will add it up with the wealth of experience I have already. So, that passions vision and hunger have kept me going, I always strive to achieve more. When I attain a goal, I don’t relax, I set another higher one. I set for the vision and still remain hungry to attain that particular goal I set for myself.

How did you rise above many of the challenges you encountered in your career?

The biggest gift of any individual is not the money, not the razzmatazz but the goodwill that comes with it. Goodwill in the sense that as a celebrity there are some doors that will open for you that some billionaires might not even have that opportunity, that is what I hold strongly. I don’t want to lose it. I don’t give importance to every other thing. The challenge has always been there from day one, which is normal. Forget my life experiences, when you talk about my Nollywood story, it is more or less like a Cinderella story for me. I came in and things started happening for me. If I tell you the people that came into the industry before me, you will be shocked but I just came in and things started happening for me just featuring in my second movie I became a star but that didn’t make me comfortable. I still see some people today, they just do one movie, win an award and it is already on their head and I am always wondering why. So, back to the question, challenges have always been there, when you talk about making money in the industry, I am not going to call figures but it was better back then what actors were earning but it is also going back to that stage again now and this explains why so many old actors are coming back again. For me there have been lots of challenges, artistically I was always like, I didn’t like the fact that as an actor, you believe you have done your best then the editor messed you up because the success of every movie is editing. At times when you see the outcome of your hard work, you will be disappointed and that was what led me into directing as well. I went abroad to learn and I now direct my movies. So, the challenges are still there, we have not gotten to where we desire to be. The return on investment, if you are on the right track is getting better but I would still say we are not where we are supposed to be, compared to the number of viewership we get, but we are getting better.

Which of the generation tends to have more passion for acting, is it the old or the new?

I beg to say the old. I have seen the two sides, the old didn’t care too much about money, they didn’t care about being good on Instagram, it was just the work. That is when we have iconic names attached to actors such as Alabi Yellow, Iya Rainbow, you will know the character name of an actor before the real names. The names of movies you did like Mr Ibu, Baba Suwe and others. Now if you see movie posters you will see lots of pictures of stars on it, back then it was done differently from the Igbo to the Yoruba marketers. If they want to put you on the spot, if they want to know if you have arrived in the industry or your career has finished they will put only you in the poster of a movie and put other stars pictures at the tail end of the poster. if that movie doesn’t sell, then your career is finished, so actors will be putting their lives into every movie they feature in back then. Even after making a movie, you still embark on serious prayers, so the movie can sell and be a hit. Most times if you see yourself as a star and the major person on a poster, it becomes a big problem, so this made a lot of stars work with passion and don’t forget also that we did not have enough channels to show movies, almost the whole nation will watch the movie unlike now that people will select if it is Netflix they want to watch or Africa Magic and lots of other channels.

What does it take to be a good actor in the industry from your own experience?

Like I said I earlier, I never assumed I know it all, I act like I am as empty as a new actor with talent. Are you doing stuff on your own? One of the major things an actor must-have is a mirror, I am not talking about your small mirror at home, I am talking about a medium where you view yourself showcasing different characters at home, practising, are you doing that?

As an actor, are you looking for where other stars are shooting or auditioning, or doing anything online? Are you tapping into that space? Apart from tapping into that space, are you in the comfort of your home doing your monologue and perfecting your skills and are you letting people see what you are doing? You have your phone, so you have your world in your hand, are you using that phone to get into my DM as a director?

Are you going to other producers as well? Are you using that to get on your space as well?. My brother, my sister, if you have talent, and you are showcasing it to the world, people will watch and some will even repost it because they like it. I have invited people to my set that I have never seen or met before but their works spoke for them. I invited a guy from Uganda because of the talents I saw, I have never seen or met with him before, so you need to get serious and be true to your crafts, someday someone will notice you and above all be very prayerful. We need to put God first in all we do. There is this particular woman I respect a lot, even within the Eastern Axis, I have been singing her praise, saying she is one embodiment of talents. You people are noticing her, I have used her in two of my films, and during this Covid era, everyone has now seen how versatile and how artistically a monster she is, I am talking about no other person than Iyabo Ojo. Lately, people have seen her interpret a series of characters at a go and lots of people are surprised. Iyabo Ojo has more than enough endorsement deals in her hands. She is an established actor, so please tell me, if someone like Iyabo Ojo who is successful and very comfortable can still be hungry to display her talents and skills, then who are you wey never chop.

If an established actor still showcases her craft on social media, please who are you that you can’t do it? Do you know when she joined the industry a long time ago, yet she is presently very fresh in people’s mind again? She has stayed so long in the industry, we did the movie “Divorce Not Allowed” together and some others that are not even out yet. She is also currently in one of the biggest series coming out from Nigeria.

She is so successful and yet hungry, so if she can be doing all that artistically, then you ask yourself, you have talents, what are you doing? Pick up your phone and challenge yourself, if you know you have the skills and talents.

Tell us about your film on Netflix?

Yes, Lagos Real Fake Life” is on Netflix, it parades lots of actors, talking about the fact that fake life is expensive so stick to being you. It is a good movie that has a lot of messages to pass across and it features social media influencers too, please watch it on Netflix.

3 Factors Have Made Me Relevant In The Movie Industry – Star Actor, MICHEAL EZURUONYE Opens Up was last modified: August 10th, 2020 by Biodun Alao

I Started My Acting Career @ Age...