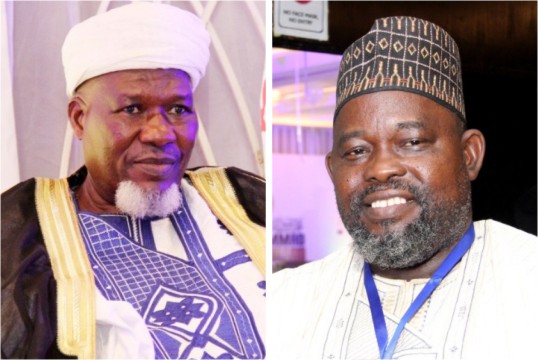 The conference is an annual event tagged: Muhammed Rosulullah International Conference 2022. It is the 3rd edition in the making. The event was a classy one that was held at the Radisson Blu Hotel in Ikeja, Lagos State.

Muhammad Rosulullah Global Family is an Islamic group organized in 2017 to educate and change the wrong perception of people across the world about Prophet Muhammad. With the theme, Muhammad, The Most Precious Gift, this year’s edition of the conference was engaging as it featured highly resourceful personalities as guest speakers such as; the Khadi of Sharia Court of Appeal, Abuja, Justice Abdullah Adam Al-Ilori; Erudite Scholar and Islamic Cleric, Dr. Saheed Timehin; and founder of Ikwanul Muslim Society of Nigeria, Sheikh Abdul Hakeem Lawal.  Each of the speakers gave a good account of the topics of discussion given to them. The audience also had the opportunity to interact with the speakers after which a communiqué was reached on how best to continue the annual international conference.

Giving Keynotes speech at the event was The Oniru of Iru land, HRM Oba Abdul Wasiu Omogbolahan Lawal. The highly revered king spoke on the essence of the conference which is to further create awareness and promote the virtues of Prophet Muhammad (SAW). He however commended the organizers for their thoughtfulness in putting up the conference and bringing Muslims together to celebrate the noble prophet.   Among other eye-catchy segments at the conference was Modiu Nabiyyi anchored by two highly talented chanters. The moment got everyone in the hall chanting the praise of the prophet.

Gracing the conference were Muslims from different parts of Nigeria as many of them were from Europe, America and Arab countries. Some of them were physically present while others joined the various online platforms created for the purpose of the event.

He added that the programme has become a global event where members of the group usually share testimonies of the impact it has in their lives. He urged members of the public to join the group via its Facebook and Instagram platforms to learn more about Prophet Muhammad (SAW). He prayed that the light of Allah and His beloved prophet would never cease in their lives.

While he spoke on other activities slated to mark the group’s annual event, the Sheikh however invited the general public to the grand ceremony “Mealad Rosul 2022, an event which will hold on Sunday, January 7, 2022, at the Eagle’s club located at the Opposite of Shoprite, Surulere, Lagos.

We Need All The Support We Can Get At Dorian Homes – Founder, Dr TOLULOLA BAYODE

What Muslims Must Do A Month Before...