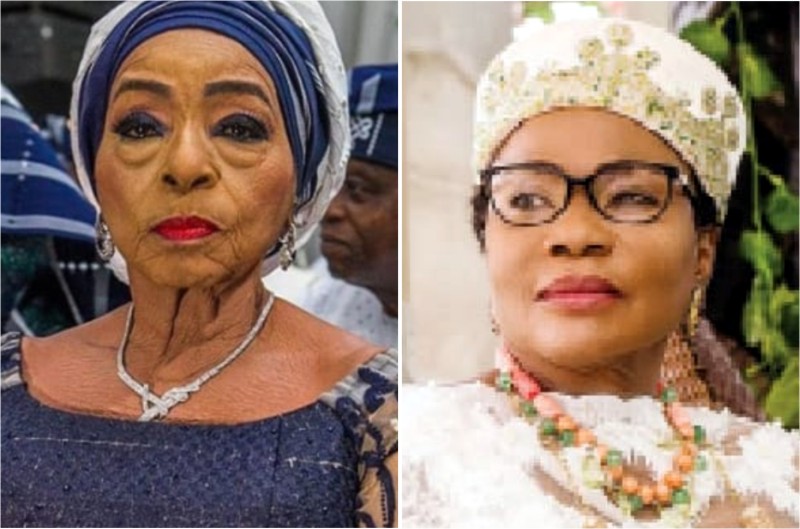 July is surely around the corner and some big celebrity events will be starting the mid-year big time. It is raining season, but this ain’t stopping all these Owanbe gigs a bit, as preparations are already in top gear towards the celebration of these big events. Many celebrity women are already warming up for the respective invitations they will honour, some make-up artists, and designers have been booked ahead, so also top celebrity musicians have been contracted to serenade guests at all these Owambe. What is a Lagos owambe without Aso-Ebi? many have bought the different Aso-Ebi slated for all these parties.

Let us start by gisting you about the first event, which will open up the social space in July. It is the grand wedding of Adebola Irede, the son of a former Governor of Ogun State, Otunba Gbenga Daniel, and his pretty wife, Ogun Ex-First Lady, Funke Daniel. As expected this wedding will be very grand. The Daniels have been throwing weddings of their children back to back in the last 3 years and this year will not be different. Their son, Adebola will be walking down the aisle with his fiancée of many years, Morenike Ademiju, at a colourful wedding in Lagos. The Aso Ebi for the party is sold out already and many VIPs are prepared to attend this party.

What calibre of guests do you expect to grace this occasion? No other than the top elite in the country. Also, another event, which will shake July is from the matriarch of the Folawiyo family. For Nigeria’s doyen of style and fashion, Hajia Abba Folawiyo, this birthday will not just be like any other. She will be turning 80 and this will be grand in all ramifications. It will be a payback time for the wife of the late Baba Adinni of Nigeria, Alhaji Wahab Iyanda Folawiyo, who is planning big for her D. day.

For the strictly invited guests and important personalities who will be gracing the events, preparations are in top gear for the birthday party which will shake the whole of Lagos social milieu owing to the status of the Folawiyo family in the country.

For this special milestone, Hajia Abba Folawiyo will not be leaving any stone unturned as they are ready to host a galaxy of celebrities. Hajia Abba Folawiyo has always been the darling of many A.lists celebrities and she will be playing the host role in the next few weeks. She will be leading all the Folawiyos, and the Awolowos will follow suit. The Iya Adinni of the Surulere Central Mosque and life Matron of Honour of Fashion Designers Association of Nigeria, FADAN is very ready to host hundreds of celebrity women. We scooped that her very close friends are also preparing big to rally around her on this big one. The very homely, free-minded and humility-personified woman of class has friends from all age ranges, both young and adult and all of them will be represented at the party as many of them are jostling to be on the guests’ list. Hajia Abba has definitely come in contact with some people in her life who are more than friends and her sojourn in the social world has also brought forth many friends to whom she has become family members to her. No wonder, if you are very familiar with the latest society gists, this should be one of the gists top celebrities are talking about and one party that will literally shake Lagos to its roots.

Not also forgetting another grand matriarch of Nigeria’s social establishment, Erelu Abiola Dosunmi, popularly called Erelu of Lagos, she will be decorated with a prestigious chieftaincy title by the Ooni of Ife, Oba Adeyeye Ogunwusi. She will be getting a chieftaincy title as the Yeye Oba Oodua.

Ever since the Ooni of Ife, His Imperial Majesty, Oba Adeyeye Eniitan Ogunwusi, Ojaja II, announced the appointment of Her Royal Highness, Erelu Abiola Dosumu, the Erelu Kuti IV of Lagos, as the new Yeye Oodua and Queen Mother of the House of Oduduwa, many celebrities are already looking forward to the big day. The chieftaincy celebration will be in Ife while the welcome party will be staged in Lagos on Victoria Island to be precise. With her appointment, Erelu Dosumu would be stepping into the shoes of the formidable Chief (Mrs.) Hannah Idowu Dideolu, the late Yeye Oba of Ife and wife of the first Premier of the defunct Western Region, the late Chief Obafemi Awolowo. However, Dosumu’s new elevation has a wider import as she would now be the Queen Mother for all Yoruba kings who claim Ile-Ife and the House of Oduduwa as their source. In almost half-a-Century of public life, Erelu Dosumu has proved herself to be an outstanding woman of stamina, integrity and far-reaching influence. Her new pedestal as the Yeye Oodua would afford her a wider field of play, but also impose on her more responsibilities across Yorubaland and among Yoruba in the Diaspora. The thanksgiving and reception party will take place on the 29th of July 2022 in Lagos and many society women are warming up to storm the party in their best stance.

The other 2 parties that will be lightening up the month include the wedding of the popular Olatunde family from Oyo State. The 2 Olatunde brothers will be hosting 2 big weddings for their sons in Lagos. One of the families is Amos Olatunde who is well known as a big businessman in Abuja. His son, Lanre will be getting married in a colourful wedding in Lagos, while the other, Dejo Olatunde’s son, Lolade will be getting married also in Lagos as well.