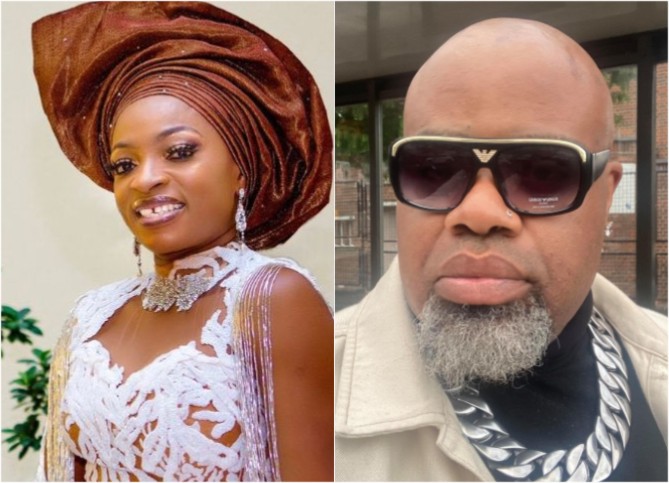 Not many people know that Nollywood is strong in the UK. City People can reveal to you that right now, there are over 50 Nollywood stars making waves in London and other cities, across the United Kingdom. Many of them are Actors, Producers and Directors. But they have other day-to-day jobs they are doing to make ends meet. It is because of the passion they have for the movie industry that has kept going. They sacrifice their time and money to keep the industry alive. City People took time out to discover many of them, like Doyin Amodu, a filmmaker who has been in the industry for more than 26 years. She is the President of TAMPAN UK. There is Kenny George, the London-based Actress & Filmmaker. She has been acting since 2006, but professionally in 2012.

She was born in Lagos, attended Command Secondary School before she relocated to the U.K. in 1991 to further her educator.

There are also veterans like Erelu Omolola Tomilola Olagoke-Henley a.k.a. Abike Ade. She started her stage acting career in 1992 and in 1994 she featured in a first UK home movie named Abomination.

There is also Roseline Jumoke Okondo who lives in London. She care to England at the age of 22, in 1977.

Let’s tell you also about Zainab Popoola, popularly known and addressed as Labeke. She has been acting since 2016. She played Nene (Mrs Chilota) in THE RISHANTES, one of the African Magic series, a sequel of HALITA, which is currently shown. The RISHANTES, a brand new telenovela and a spin-off of the hit series HALITA began on 1st of November on African Magic Urban at 8 pm weekdays.

Let’s tell you about Funmi Ogidan Bello. She has done a few stage dramas prior to her first professional experience back in 1999 when she officially started her acting career. There is also Cordelia Emen a number of TAMPAN UK.

Also making waves is Oluwatosin Abiola known as Tocyn Omo’bri’sh. She started acting in 2002. Let us tell you about Sunny George Akafe a.k.a. (Georgy Irawo). He is an actor and a musician.

How I Started Singing WAKA At Age 13 – Queen SALAWA ABENI